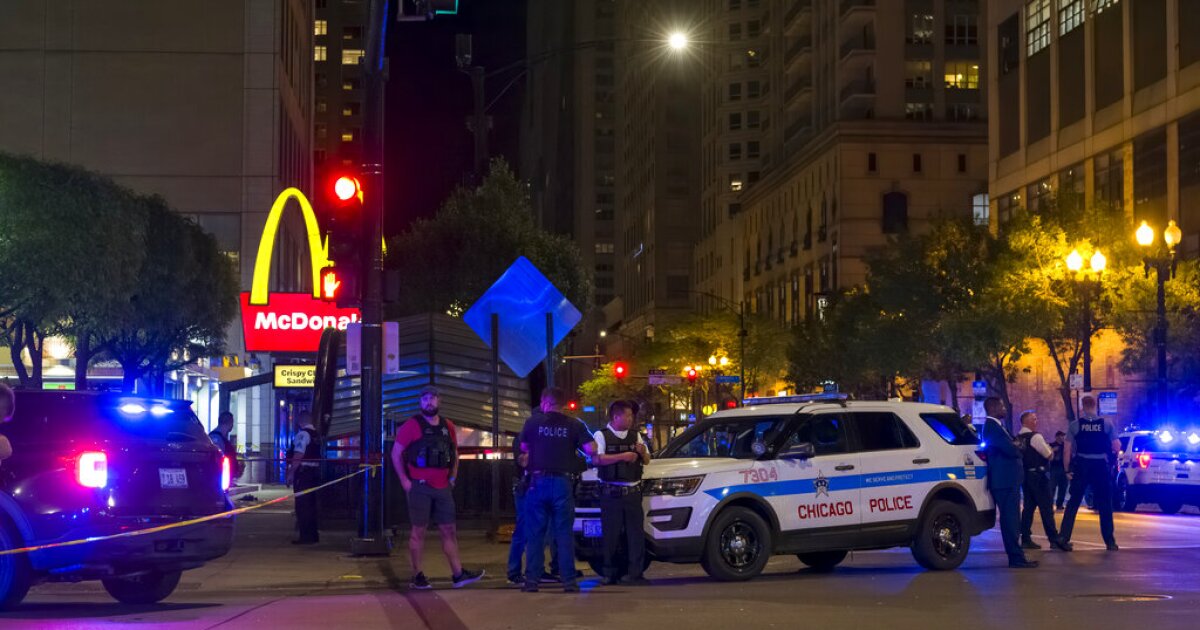 One person is in custody after a mass shooting outside of a McDonald's in Chicago left two dead and seven others injured late Thursday.

One person is in custody after a mass shooting outside of a McDonald’s in Chicago left two dead and seven others injured late Thursday.

The shooting occurred after 10:30 p.m. outside of the Chicago Avenue subway station and a McDonald’s when a group of teenagers got into an altercation, Chicago Police Department Superintendent David Brown said at a press conference on Friday.

The shooting began due to a “disturbance” between two groups, Brown said. The alleged shooter fired several shots into the crowd of people and fled to the nearby subway station as police, who were in the area at the time, responded, he continued.

The suspect was arrested, and a handgun was recovered at the scene, Brown said. Another person who allegedly obstructed police efforts to arrest the suspect has been charged in the incident, he added.

A third person, who police believe handed the shooter the gun, has yet to be identified.

An additional female was injured during the incident after she was electrocuted on the rail line. She remains in critical care as of Friday, police said.

Chicago Mayor Lori Lightfoot, who called the shooting “awful” and “unacceptable,” said she has called on police and Chicago Transit Authority to add “visible” patrols on trains and at stations 24 hours a day in light of Thursday’s shooting.

An investigation into the shooting is underway. The names of the suspects and victims were not identified by police.

The shooting is the latest in a recent spike in crime in downtown Chicago. So far this year, shootings in the 18th District, where Thursday’s incident occurred, are up 225%, according to the Chicago Sun-Times.