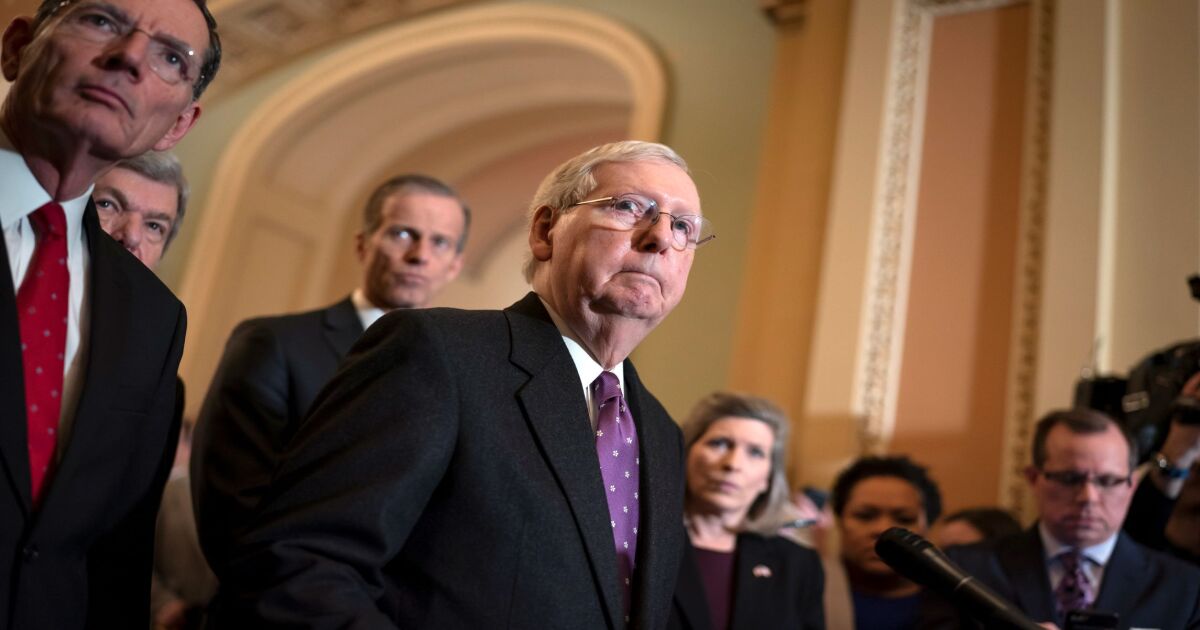 McConnell talked about what may come next if the high court dismantles the landmark abortion decision, as is hinted in a leaked draft opinion, while expressing opposition to ending the filibuster to pass legislation on the issue.

“If the leaked opinion became the final opinion, legislative bodies — not only at the state level but at the federal level — certainly could legislate in that area,” McConnell told USA Today on Thursday.

“All of this puts the cart before the horse,” McConnell commented.

Still, the senator acknowledged that in the event Roe is overturned, the issue of abortion would need to be resolved through legislation in “one way or another.”

“So yeah, it’s possible. It would depend on where the votes were,” McConnell said. He also voiced opposition to ditching the two-thirds majority rule to pass legislation on abortion.

“No carve-out of the filibuster — period,” he said. “For any subject.”

Republican lawmakers have shied away from celebrating the possible reversal of Roe as the final opinion is played out in court, as many focus their rhetoric on the egregious act of the leak itself.

Democrats have indicated they will introduce legislation to protect access to abortion despite an uphill battle, with the Senate split 50-50 and several anti-abortion members among their own party.