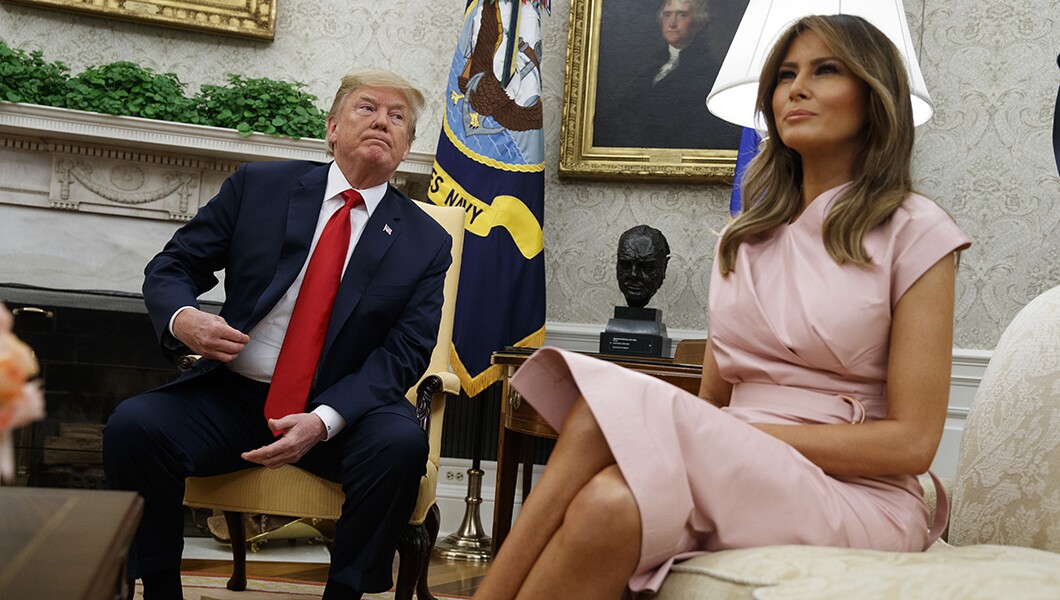 Melania Trump bemoaned a lack of leadership in what is being billed as her first interview since leaving the White House.

Melania Trump bemoaned a lack of leadership in what is being billed as her first interview since leaving the White House.

Clips of the former first lady‘s interview with Fox News’s Fox & Friends Weekend was released on Friday. Trump, who left the White House with her husband, former President Donald Trump, on Jan. 20, 20201, discussed “her take on the current state of the country, the launch of Fostering the Future, her Be Best Initiative, along with news of the day,” according to a preview description.

“So being out of D.C. and having that time, what do you make of the state of the country right now?” host Pete Hegseth asked in one clip.

“I think it’s sad to see what’s going on, if you really look deeply into it. I think a lot of people are struggling and suffering and what is going on around the world as well. So it’s very sad to see and I hope it changes fast,” Trump replied.

Hegseth posed a question to the former first lady about the country’s baby formula shortage.

“It’s been in the news, as someone who loves children and has dedicated so much to their betterment, how do you feel when you see a shortage of baby formula and families just struggling to get basic items like that?” he asked.

“It’s heartbreaking to see that they are struggling and the food is not available for children in [the] 21st century in the United States of America,” Trump said.

Asked for an explanation for why there are shortages, Trump cited “leadership.” Asked to clarify whether it’s “leadership or lack thereof?,” she added, “Yeah.”

In another clip, Hegseth asked Trump about the U.S.-Mexico border and being snubbed by Vogue during her time as first lady.

“We did a little research. You were the only first lady to go to the border. You did it twice,” he said, to which Trump replied, “Yes.”

Trump talked about there being media bias against her.

“They’re biased and they have likes and dislikes and it’s so obvious. And I think American people and everyone sees it. It was their decision and I have much more important things to do and I did in the White House than being on the cover of Vogue,” she said.

The interview is expected to air on Sunday, and Fox News said an “extended version” will be available Monday on Fox Nation.