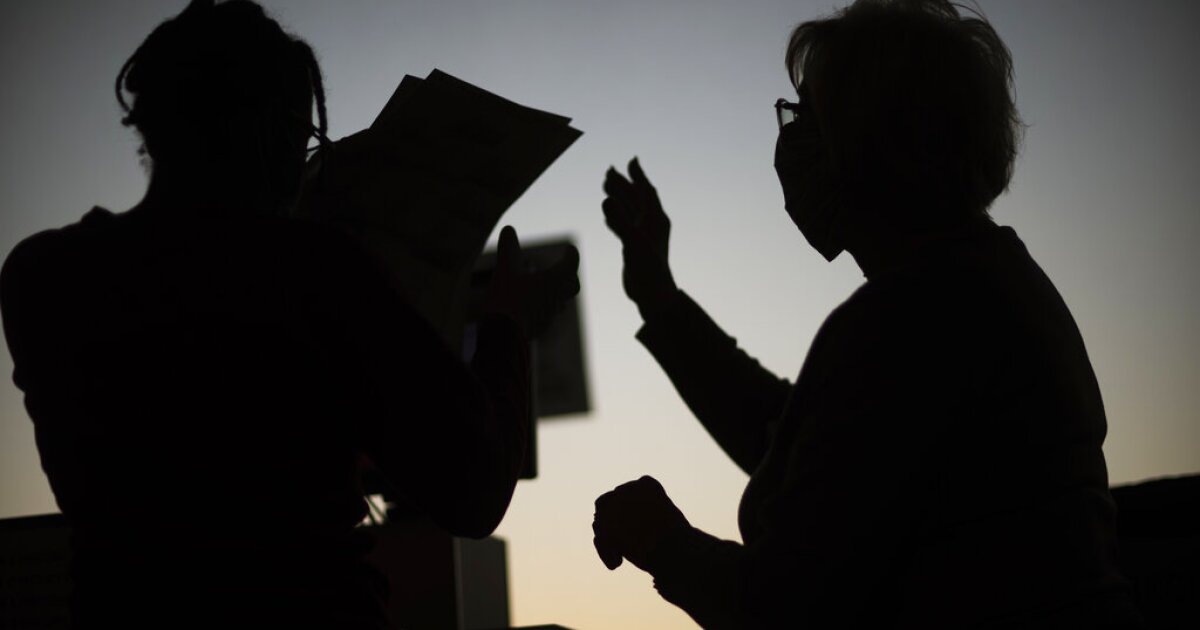 State police raided a Western Michigan township as part of an investigation into reports of unauthorized access to voting machines after the 2020 election.

State police raided a Western Michigan township as part of an investigation into reports of unauthorized access to voting machines after the 2020 election.

Carroll told CNN the inquiry has expanded to more counties after being notified of other election systems breaches. “If we find more examples of unauthorized access, we talk to those officials to find out what transpired,” Carroll said. The Michigan attorney general’s office declined to comment for the report.

At least one third party allegedly gained access to tabulation machines and data drives in Richfield Township and Roscommon County, Benson’s office said in a statement in February. If it did, the equipment would be required to be replaced with taxpayer’s money, the statement warned. Contracts with voting system vendors and state law restrict access to voting equipment to qualified personnel, Benson’s office said. Machines accessed by unauthorized personnel “may have exposed the machines to vulnerabilities that render them unusable in future elections,” Benson’s office added.

“Protecting the integrity and security of our elections, especially from those who use lies and misinformation to deceive Michigan voters, is a critical component of defending democracy in this moment,” Benson said in the statement at the time. “Michigan law is clear about the security threats that emerge when anyone gains unauthorized access to our election machines or technology, and I will have no tolerance for those who seek to illegally tamper with our voting equipment.”

‘WE CAUGHT THEM’: TRUMP HYPES ‘EXPLOSIVE’ 2020 ELECTION LITIGATION IN MICHIGAN

Benson’s office also mentioned how a third party also accessed Dominion Voting Systems vote tabulators in Antrim County in December 2020 following a court order, referring to a so-called forensic audit conducted as part of a now-dismissed 2020 election lawsuit in the rural northern Michigan county, “and then used the data it found to generate a report falsely claiming election fraud.”

The ensuing report, Benson’s office said, “was thoroughly debunked by multiple election experts but not before it was cited as the reason for the federal government to seize tabulation machines in a draft executive order of former President Donald Trump. Another submission in the same case in Antrim County claimed to include an image from an Election Systems and Software tabulator, the vendor that provides tabulators to all Roscommon County jurisdictions.”

Benson, a Democrat, wrote a letter to the House committee investigating the Capitol riot raising the prospect that the controversial analysis of Dominion machines was instrumental to Trump’s claims of widespread fraud and challenges to the results of the contest. Indeed, Trump has touted the Antrim County lawsuit as recently as last month in a telephone town hall event for Matthew DePerno, the Republican nominee in the race for Michigan attorney general who spearheaded the 2020 litigation.

Antrim County prosecutor James Rossiter told the Washington Post in a report published Feb. 9 that he declined a request by Rudy Giuliani and other legal advisers to Trump to seize and share his county’s voting machines. “I said, ‘I can’t just say [to] give them here.’ We don’t have that magical power to just demand things as prosecutors. You need probable cause,” Rossiter said. Giuliani’s attorney said his client declined to comment on the report.

Benson made the Roscommon County inquiry request in the same week the Cybersecurity and Infrastructure Security Agency, an arm of the Department of Homeland Security, said it is reviewing a report on alleged vulnerabilities in Georgia voting equipment, also of the Dominion variety. CISA asked a judge in a Georgia election case to hold off on ordering the release of the report, which could have implications for election technology used in states across the country, until it completes its review.

J. Alex Halderman, a professor of computer science and engineering at the University of Michigan, wrote a report released by the Michigan Department of State arguing that human error led to early tabulation errors in Antrim County in the 2020 election. Although Halderman acknowledged vulnerabilities in the election technology, he stressed that “there is no evidence that any of these problems was ever exploited in Antrim County.” Halderman also wrote the Georgia report, which is currently under seal.

Dominion CEO John Poulos blasted the Antrim County report in a hearing with Michigan lawmakers, testifying that the findings were “categorically false” and released by a “biased group.” Dominion, which has filed a wave of high-dollar defamation lawsuits over claims of alleged fraud in the 2020 election, also cut at the credibility of Halderman’s review in Georgia.

“Security assessments of any system, including voting systems, should always include a holistic approach of all safeguards in place, including procedural and technical safeguards. There is a reason why US voting systems rely on bipartisan election officials, poll-watchers, distributed passwords, access controls, and audit processes. The review conducted in the [Georgia election] case did not take this approach,” John Poulos, president and CEO of Dominion, said in a statement released by Georgia Secretary of State Brad Raffensperger’s team last month.

“Dominion supports all efforts to bring real facts and evidence forward to defend the integrity of our machines and the credibility of Georgia’s elections,” Poulus added.