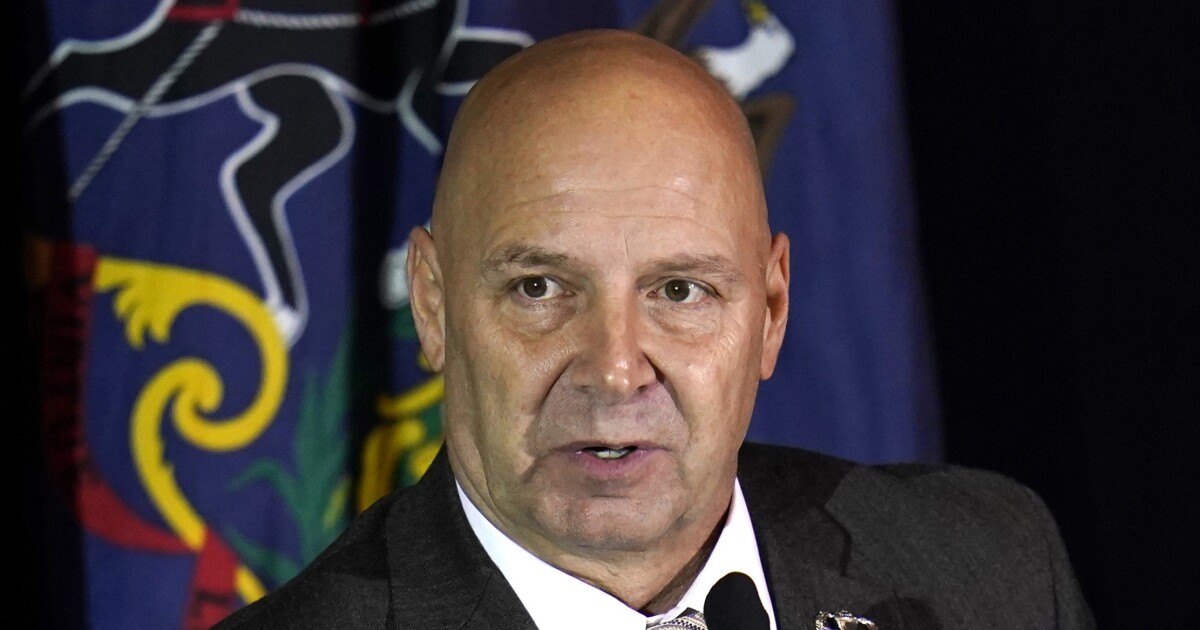 The Republican Party is being taken over by a bunch of subversive election deniers who stand ready to crash democracy at the behest of former President Donald Trump — that is, if they prevail in midterm elections this year and take the reins of power ahead of the 2024 elections.

But whether the Democrats are as anxious about the apparent fragility of democracy as they claim is an open question after key party organizations intervened in Republican primaries this spring to elevate the very candidates, plural, they say would happily tank the country for Trump. As a matter of pure politics, this strategy is sensible and the obvious choice for Democrats as they attempt to stem losses in what could be a massive red wave.

The Republicans pushed by the Democrats in at least four governor’s primaries and one Senate primary are weak general election contenders. Nominating them, as Republicans did in Pennsylvania with Doug Mastriano, gives Democrats a better opportunity to hold on in November. But with President Joe Biden’s job approval ratings cratering, what if the Republican victory is so sweeping in the fall that it carries weaklings like Mastriano across the finish line?

What if Biden runs for reelection and beats Trump in a rematch that hinges on another narrow victory in Pennsylvania? It would seem Democratic fears of unlawful Republican manipulation of the results, if not a blatant bid to overturn the election itself, are more likely to be realized with Mastriano as governor than any of the other more electable Republicans he defeated in the GOP primary last month.

In addition to the Pennsylvania gubernatorial primary, Democrats have attempted to sway GOP nominating contests for governor in Colorado, Illinois, and Nevada. They are doing the same in the Colorado Senate primary. I asked Democrats about this and to explain the cognitive dissonance between warning about Republican threats to democracy and actively working to put such candidates one step closer to power because of political expediency.

Look at Rep. Tom Rice’s ouster Tuesday in the primary in South Carolina’s 7th Congressional District and what is likely to happen to Rep. Liz Cheney in Wyoming at large. Republican voters, Democrats argue, are, without help from them, answering Trump’s call to fire incumbents who opposed his effort to overturn the 2020 election and criticized his unsupported claims that the contest was stolen. All the Democrats are doing, they say, is playing the political hand they were dealt.

“The DGA is wasting no time in educating the public about these Republicans,” David Turner, a spokesman for the Democratic Governors Association, told the Washington Examiner Wednesday. “These elected and formerly elected officials want to deceptively retell their histories, and we’re just filling in the gaps.”

As for Mastriano specifically, Democrats say he was well on his way toward winning the nomination. A relatively modest investment from the campaign of Pennsylvania Attorney General Josh Shapiro, the Democratic gubernatorial nominee, they explained, was hardly the difference between winning and losing for Mastriano (Trump no doubt would argue his endorsement was the difference-maker.)

Of course, to say that Republican voters are blanket-choosing so-called election deniers over rule-of-law candidates is not true either, as Trump discovered in recent months. Just ask former Sen. David Perdue and Rep. Jody Hice, who got shellacked by Gov. Brian Kemp and Secretary of State Brad Raffensperger, respectively, in the Georgia GOP primaries in May.