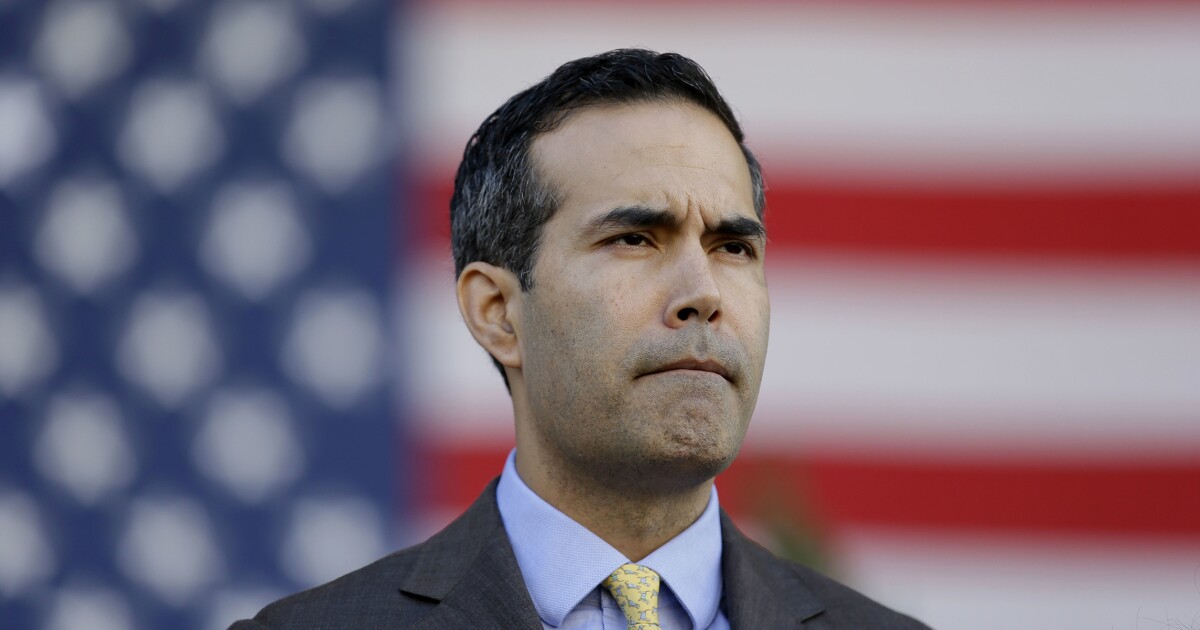 It was just one Republican primary.

It was just one Republican primary.

Well, OK, a runoff, and it was just for one state office in Texas: state attorney general — not insignificant but not exactly a guaranteed stepping stone to the Senate or the White House. But the losing candidate in this primary runoff was named George Bush — Texas Land Commissioner George P. Bush, to be precise.

Bush is only 46 years old, meaning he has a potentially bright political future ahead of him, despite his loss Tuesday to scandal-plagued Texas Attorney General Ken Paxton, should he choose to stay active in politics and run for office again in the coming years. Still, Bush’s defeat begs the question: After decades of dominating the Republican Party, has the family dynasty that produced one senator, one member of the House of Representatives, two governors, one vice president, and two presidents hit the end of the line?

That’s the assumption that has accompanied Paxton’s 68%-to-32% romp over Bush, who will leave office early next year after two four-year terms as Texas’s elected statewide land commissioner. On its face, the assumption is not wholly unwarranted.

The rise of former President Donald Trump as the preeminent figure in Republican politics has precipitated the fall of the Bush family’s (and its allies’) influence in party affairs. The GOP has become more blue-collar and working-class, rejecting the conservative traditionalism of the Ronald Reagan era embodied by the Bush clan and embracing the pugilistic conservative populism practiced by Trump and his adherents. For good measure, George P. Bush isn’t the only Bush to lose a primary of late.

His cousin Pierce Bush was turned away by Republican voters two years ago in the race for the nomination in suburban Houston’s 22nd Congressional District. Had Pierce Bush been successful, he would have followed in the footsteps of his grandfather, former President George H.W. Bush, who in the late 1960s and early 1970s represented a Houston seat in Congress. Still, you’ll forgive me if I check my priors.

Even during all those years we now think of as dynastic for the Bush family, they hardly experienced success in a straight line. There were setbacks, plural, during which it was not always clear they amounted to any dynasty at all. To review: George H.W. ran for Senate in 1964 — and lost. He ran for Senate again in 1970 — and lost again. His 1980 presidential campaign also fell short, although his fortunes were revived when Reagan selected him as his running mate.

However, since President Franklin Delano Roosevelt, just three presidents have been ousted after just one term, and Bush is one of them, losing reelection in 1992. Only with the hindsight of history was Bush reevaluated and deemed the successful patrician statesman of a consequential political dynasty.

No doubt, the label was easier to apply after his failure to win reelection as president was followed by the election of one son — George P. Bush’s father, Jeb Bush — as governor of Florida and the election of another son, George W. Bush, as governor of Texas and president just eight years after his father’s defeat. And even George W. Bush stumbled along the way, losing his bid for a Texas congressional seat in 1978.

So maybe George P. Bush marks the end of the line for his family’s dynasty that began with his grandfather, Sen. Prescott Bush (R-CT), who was in office for 10 years starting in November 1952. But who knows … maybe not. Now, to the field.