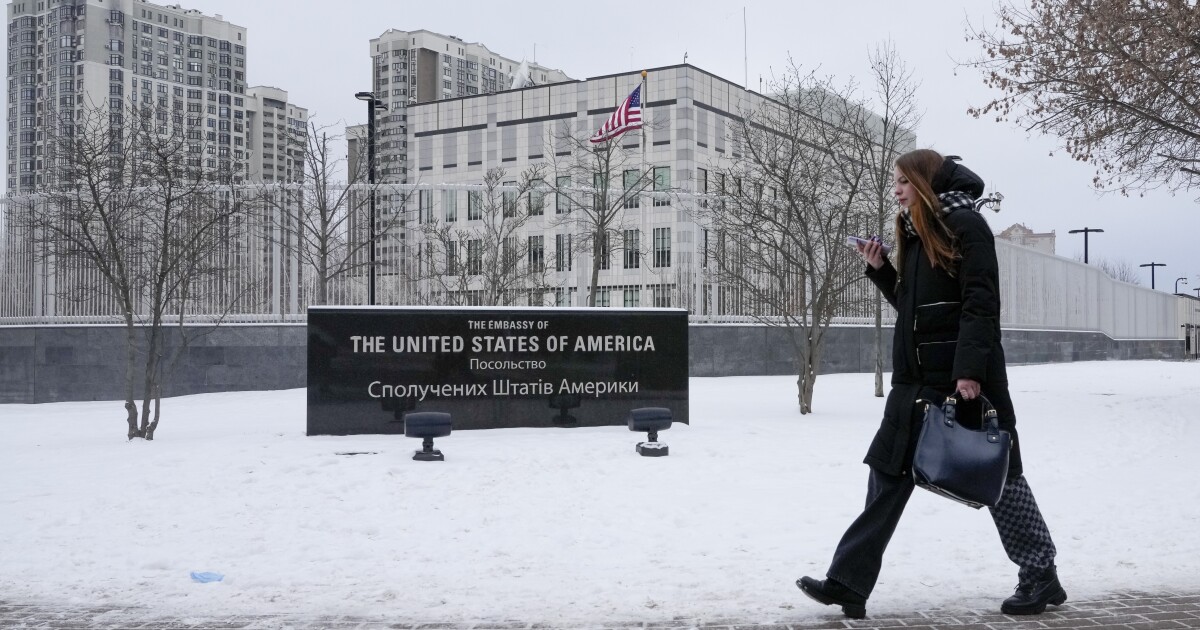 The military has one officer inside Ukraine stationed at the U.S. Embassy in Kyiv.

The military has one officer inside Ukraine stationed at the U.S. Embassy in Kyiv.

Pentagon spokesman John Kirby told reporters on Thursday that the defense attache is a colonel who has returned to the Kyiv office with the other staff. The officer reports to the head of the mission and works in a diplomatic capacity, not a security one.

President Joe Biden has said for months that U.S. soldiers would not be going into Ukraine to fight Russian soldiers, and that remains true, Kirby affirmed.

“Nothing has changed about the president’s direction that U.S. troops will not be fighting in this war in Ukraine,” he explained. “We are in constant communication with the State Department about future security needs.”

“There’s been no change as we speak today to the State Department’s view that they can handle security requirements with diplomatic security personnel, but it’s obviously not uncommon at all for the United States military to participate in some security protocols at embassies around the world,” added Kirby, who will be moving to the White House shortly. “And we’re in an active discussion with the State Department about that.”

Preliminary planning at the State Department and Pentagon is underway for the return of possible dozens of troops to the embassy, the Wall Street Journal reported earlier this week. Biden hasn’t been presented with the plan yet, but if he were to approve it, then it would go against his public comments predating Russia’s invasion on Feb. 24.

The State Department reopened its embassy in Kyiv last week after shutting down operations and moving to the western city of Lviv, which is away from much of the fighting, before the war began.