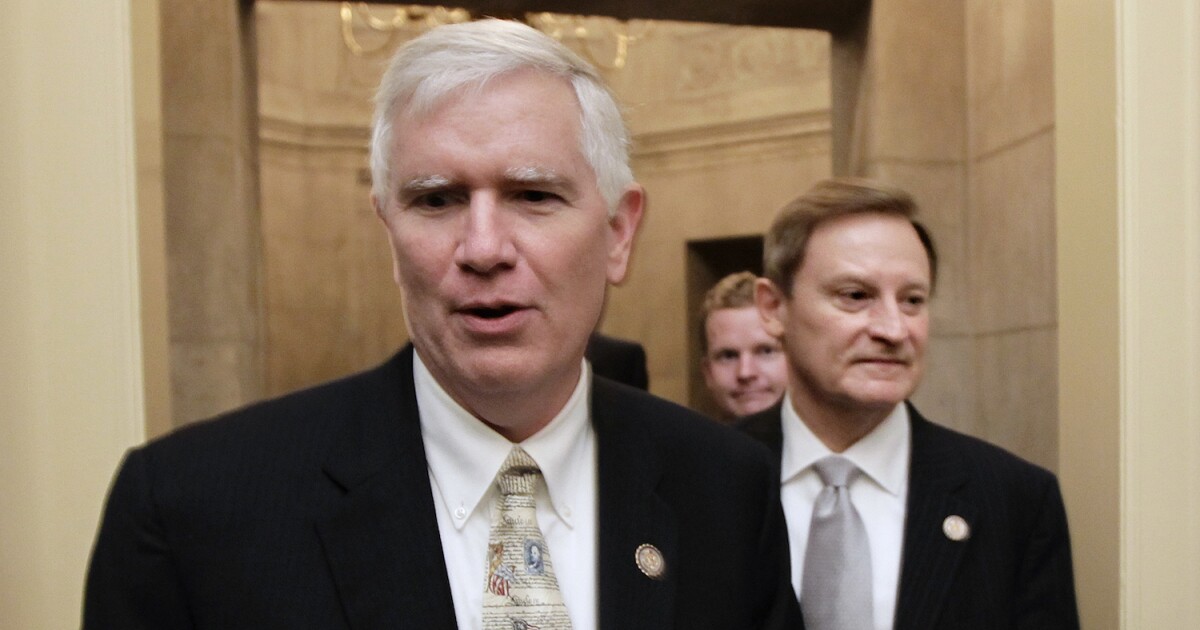 “It’s always appropriate to congratulate the winners, and some of these winners might be a little bit unexpected, but I’d be remiss if I did not congratulate the Alabama Democratic Party for helping to ensure that the Democratic nominee in the Republican primary won,” Brooks said Tuesday evening, during a prepared speech to supporters who gathered with the congressman for an election night party at a Huntsville gun range.

REP. MO BROOKS AND THE DOWNFALL OF A GOP MAGA CONSERVATIVE IN PRO-TRUMP ALABAMA

Britt was leading Brooks 65% to 35% with more 60% of precincts reporting and winning all 67 counties in the state in what unfolded as a low turnout runoff triggered when Britt won the May 24 GOP primary but fell just short of the required 50% of the vote. Brooks never congratulated Britt during his speech, but the congressman’s spokesman confirmed to the Washington Examiner that he did call Britt and concede the election.

Brooks’s speech, which capped decades of public service in the Alabama Legislature and the Congress, was typical for the congressman — feisty, unapologetic and mocking of his political opponents. Britt was favored to cruise to victory in the runoff for weeks. But the congressman, signaling he had no intention of asking for GOP unity ahead of the midterm elections, called Britt a “RINO” — Republican in name only — in comments to reporters ahead of his address.

“Is Britt a RINO?” a reporter asked. “Absolutely,” Brooks said. “Either that or a Democrat.”

During his election night screed, Brooks took parting shots at his party, his country and the Congress, where he has served since 2011, saying “the Republican Party of Alabama lost in a variety of different ways,” before going on to say that “America quite clearly lost” and adding, finally, that Capitol Hill “is a really depressing place to work.”

Who escaped Brooks’s wrath? Former President Donald Trump, who endorsed Brooks last June and then yanked his support for the congressman this past March.

For many of the approximately supporters who joined Brooks on election night, his speech was a hit. “I loved it,” Vicki Bryant said.

“He showed a lot of spirit.” Frank Zawada, a retired Air Force Lieutenant Colonel, said Brooks delivered “a good speech,” calling it “fitting” and lamenting that it was not more aggressive in calling out the congressman’s opponents than it actually was.

Brooks, who attempted to close on a positive note, said losing the Senate race to Britt carried benefits, mainly his ability after he retires in December to spend more time with his wife, four children and their spouses, and his 13 grandchildren. The congressman’s family, flanking him as he spoke, smiled as he mentioned this development.