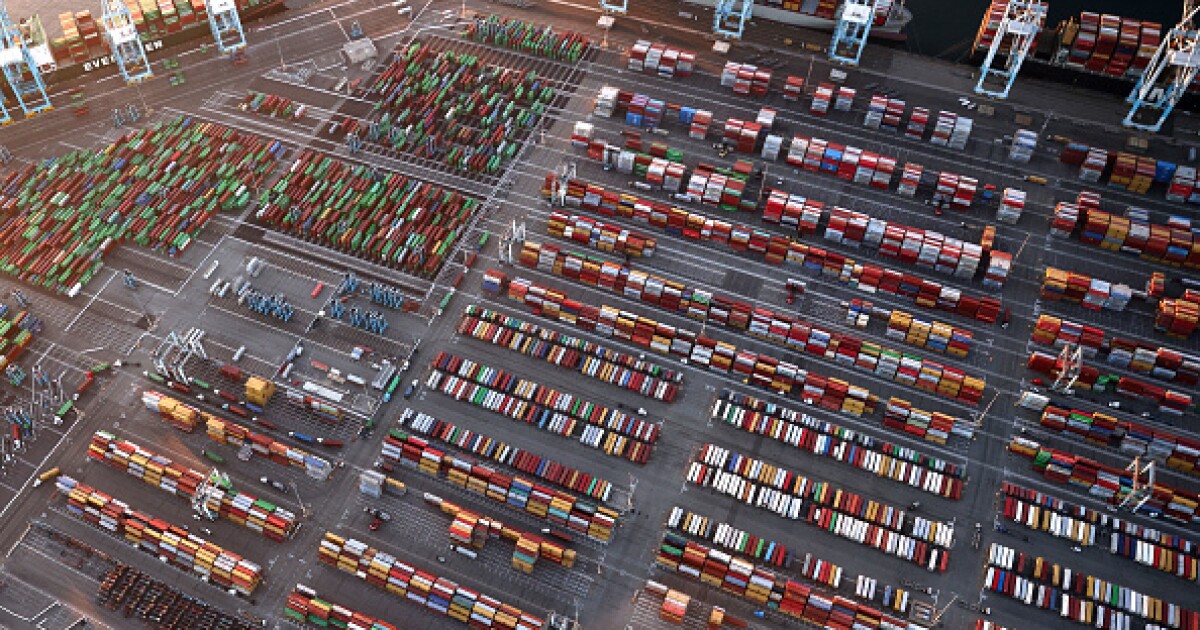 Two years into the pandemic, the supply chain problem is far from over — and now, a new problem is looming.

Two years into the pandemic, the supply chain problem is far from over — and now, a new problem is looming.

Los Angeles and Long Beach ports remain clogged with cargo, even though the Port of Shanghai is operating at only 70%. Chinese exports will likely ramp up to full capacity before school starts back and the holiday season, so Los Angeles needs to be ready, the Wall Street Journal is reporting.

“We have 16,000 containers waiting to load onto trains, and the number should be around 9,000,” Gene Seroka, executive director of the Port of Los Angeles, told the Wall Street Journal. “We need more engines and empty railcars into the port to accommodate the movement.”

Last fall, more than 100 ships were backed up off the coast of California waiting to unload cargo. A program was implemented to have the ships wait out in the Pacific Ocean or along the coast of North and South America.

The numbers have fallen significantly since then. As of Friday, only two ships were waiting near Los Angeles with another 33 elsewhere, said Capt. J. Kipling Louttit with the Marine Exchange of Southern California.

Within the next three days, an additional 37 ships will arrive, which is the same traffic level as before the pandemic, he said.

It’s likely the calm before the storm.

“I can’t say whether we will go back to 100 ships queuing up to dock, but we really need to get the existing cargo out of the port and out of Southern California,” Seroka said.

Moving cargo has been a challenge, as the land around the port is filled with empty shipping containers that need to be returned to China. Fewer containers have been going out than coming in.

Meanwhile, in China, which ships more than 25% of all cargo to Europe and America, additional lockdowns have been imposed due to a recent COVID-19 outbreak.

Warehouses are operating at less than 50% capacity, and factory output has been at its lowest level since February 2020. This is because dozens of cities, including powerhouse manufacturing areas, have been sealed off from the rest of the world, IndustryWeek reported.

Large retailers such as Amazon and Walmart are seeking to avoid the looming crisis and have begun ordering their holiday shipments now. In the past, products would arrive between August and November.