Looking back at the histories of different nations, one must conclude that high cultural achievements have never been an antidote to evil.

National Character and the Quality of Peoples – American Thinker<!—->

Many years ago, I happened to read the book Russia in 1839 by the French traveler and literary man Marquis de Custine, and there I found some interesting judgments about the Russian people:

“The Russian people are a nation of mutes. Everything is there, the only thing missing is freedom. That is, a life.”

“Everyone there is too miserable to complain.”

“To live in Russia, it’s not enough to hide your thoughts. You have to pretend.”

“The Russians have a slave mentality, but not without an arrogance.”

“The government in Russia lives only by lies, for both tyrant and slave fear the truth.”

“Human life has no value there.”

“Russia is a country of facades.”

“The Russian people should have been completely destroyed and then created anew.”

The main idea here is that compared to the Western countries, the quality of the Russian people has always been quite low. This quality has its deep roots in history, back to the 13th century, in the times of the invasions of the Mongol khan Batyi.

Yet, it was not foreign invaders who enslaved the Russian people and gradually formed its slave mentality, as the wise Marquis pointed out, but the main oppressors were the Russian princes and noblemen who paid tribute to the Mongol Horde, and who treated their own subjects as ruthless occupiers.

By way of contrast, back in 1215, the Magna Carta was adopted in England, granting liberty and protection from the Crown, while in Russia serfdom was abolished only 650 years later! Emancipation was greeted by the lower strata of society without much enthusiasm and was even accompanied by peasant revolts. Over the centuries, the slave mentality became so ingrained in the flesh and blood of the Russian people that the former serfs did not want freedom — they preferred to continue living in the yoke.

Today, 160 years after the freedom granted from above (then taken away again by the Bolsheviks), the quality of the Russian people remains hopelessly low and continues to decline. The army always reflects the character of its country, and so the war with Ukraine has brought Russia’s true face to the world through its army, which turned out to be a horrible horde of murderers, rapists, and marauders.

The appallingly low moral level of the majority of the Russian population seems at first glance to be at odds with what we know of the great Russian culture, especially that created over the last 200 years. How can we reconcile the shameful behavior of a large part of the population with the highest level of what Tchaikovsky, Tolstoy, Chekhov, Shostakovich, and many other great Russians gave to the world?

Why did the superb Russian culture pass by the people, not ennoble it, not improve its character?  Why did all its great achievements have almost no effect on the Russian mentality?

It is appropriate here to also remember Germany 80-90 years ago — how at the time of Nazism the people of the grand German culture descended into medieval barbarism. 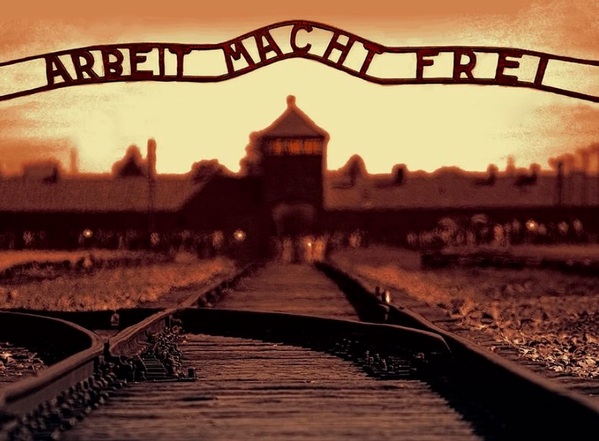 Why is there such a gap between the cultural heights and the behavior of people?  And what about other countries? Why did the Polish and Ukrainian peoples display in the past such ferocious and violent anti-Semitism? Why were the Lithuanian, Latvian and Belarusian peoples so ruthless toward Jews during the war? How can we explain the immoral behavior in World War II of the French, a nation of great scientists and artists? How is it that the Spanish, the people of Cervantes and Velázquez, were so cruel to the American Indians? How could the Turks have committed genocide in Armenia in 1915? Why did the Japanese, a nation of sophisticated culture, exterminate six million civilians during their occupation of China?

Looking back at the histories of different nations, one must conclude that culture has never been an antidote to evil. Every nation, even one that has created a great culture, under certain unfavorable conditions can turn into the devil and will be capable of incredible cruelties.

The moral difference between nations is in the degree of quality of people, that is, in the ratio of decent people to trash.  One nation has less trash, another has more, but no one is without sin. After many years of living in America, I have concluded that even among the kind and compassionate American people there is plenty of trash. For example, Americans are natural snitches; they are happy to snitch and inform on other people. Therefore, under very unfavorable conditions, e.g. if fascism would arise in the U.S., it would lead to very unfortunate results.

Fortunately, I must point out, fascism in the classical sense is impossible in the USA since there must be a strong element of Nazism (the idea of the superiority of one nation or race over all others). However, in America, which is made up of a large number of ethnic groups, any kind of Nazism is simply out of the question — nowadays there is not a single dominant race here.

But back to our topic. In a human soul, there are always dark and bright sides and, under certain external conditions, it’s only necessary to set in motion a specific psychological mechanism so that one of these sides comes out. People of low quality have larger dark sides that are manifested more clearly and come out much easier.  So, from such people, one can expect more trouble.

In light of today’s events, many people ask questions about the influence of culture on the quality of the people, but no one can find an answer. I think this problem has no solution for the reason that people and their cultural overlayer don’t mix in any way, but like water and oil coexist separately, affecting each other only to a small extent. To clarify why culture does not influence the masses, the population of any country can be represented as a three-layer pie: at the bottom, there are the uncultured plebs with low intelligence and primitive needs — a kind of amorphous mass, which according to the ancient Roman definition for a happy life needs only bread and circuses. It is this stratum that is capable of committing the worst crimes and because of its low intelligence is easily influenced and controlled by propaganda. The lower stratum is the most numerous and makes up from 40 to 90% of the population in different countries. It seems to me that in Russia the bottom layer of plebs is quite large: somewhere around 65-70%.

On the other hand, at the very top of the “pie”, there is not even a layer, but rather a thin shining film of the creative intelligentsia — artists, scientists, writers, and poets. This group is the country’s intellectual elite. Even in the best countries of the world, the share of а cultural layer-film probably is no larger than 1-2% of the population.

Between the lower and upper layers is what I call the “moral” layer, which consists of people capable of independent thinking and thus less influenced by propaganda. A small portion of this layer includes “consumers of culture,” of which, by the way, there are quite a few in any country. It seems to me that of the 145-million of the contemporary Russians there are hardly a million people who have read Chekhov or Tolstoy or who know who Shostakovich or Ravel are. Nevertheless, all people of this stratum are strongly influenced by cultural heritage and therefore have higher moral standards. The thickness of the moral layer varies from 10 to 50% in different countries, and it is this layer that determines the quality of people. The more massive the moral layer, the higher the quality.

All three layers do not mix and exist as if independent of each other, although sometimes individuals can migrate up and down along this “pie,” from one layer to another and even exist simultaneously in two layers. The two upper layers (cultural and moral) are completely unrelated to the lower layer of the plebs. Thus, since there is no mixing of strata, what influence of culture and morality on the lower stratum, that is, on the majority of the population, can we expect? And on the contrary, the slavish amorphous mass of the lower stratum can occasionally have a negative influence on the uppermost cultural stratum.

In our troubled times, when Russia with incredible cruelty is waging a war in Ukraine, the rejection of everything Russian arose all over the world. Something similar to that happened during the first decade after World War II when Germans were ostracized and everything German was rejected despite their great cultural heritage. It was a natural reaction to the disgusting behavior of the masses of Germans who were part of the bottom stratum during the Nazi times. So is it any wonder that after the whole world saw how the Russian people (those fighting in Ukraine and those supporting the war) behaved, everything Russian becomes untouchable, like a shameful disease?

Unfortunately, one seldom can see the difference between the three separate layers: the large barbaric mass of the Russian people, the smaller moral layer, and the very thin upper cultural layer. Therefore, without even trying to see the difference, today everything that in any way relates to Russia is rejected en masse. In the Western countries, vigilant zealots of “justice” remove paintings by Russian artists from museums, cancel ballets and concerts by the Russian dancers and musicians, and even cut Shostakovich and Tchaikovsky from their symphony programs. It seems that the rejection of everything Russian will continue for a long time, at least until (and unless) the Russian people embark on a path of sincere public repentance, in which I have little faith — the Russian tradition has always been not to atone but to look outside for the guilty.

Russian culture has become one of the victims in this shameful war. Creative people are fleeing Russia, and therefore the already thin cultural layer is gradually disappearing, which will inevitably lead to the complete degradation of the country and its disintegration. Without culture, no nation can exist for long.

Jacob Fraden was born and raised in USSR and escaped to freedom as a young adult. His website is www.fraden.com