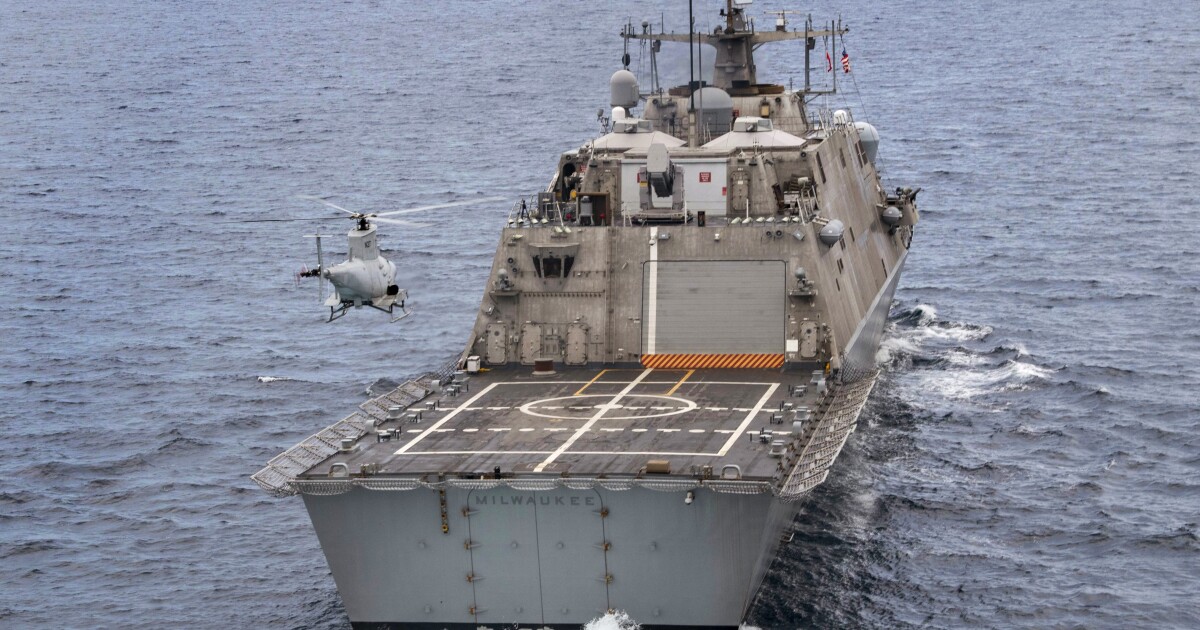 The USS St. Louis is expected to undergo maintenance later this year despite being on the Navy's chopping block for decommissioning in 2023.

The USS St. Louis is expected to undergo maintenance later this year despite being on the Navy’s chopping block for decommissioning in 2023.

The repair will fix a classwide problem in the ship’s combining gear, a part of its anti-submarine system that has not lived up to its potential. However, the fix will make the ship usable before it goes out of commission, Navy spokeswoman Jamie Koehler told Breaking Defense.

The St. Louis, a littoral combat ship, is designed to operate close to shore and ward off coastal threats. Ships of its type are divided into two squadrons and headquartered in Mayport, Florida, and San Diego, California. The St. Louis is a Freedom-class ship that happens to be located in Florida. The ship was launched in 2018 and commissioned in 2020.

Koehler added that the defect was discovered in 2020 in all Freedom-class ships. The fix has already been made to LCS-21 and LCS-23.

The St. Louis is the only ship of its kind currently expected to undergo the repair, meaning that the ship could remain in use for smaller missions for many years. Navy officials admitted last week that LCSs that have not been fixed can also still be used for small missions but will have even tighter restrictions.

Congress has also put pressure on the Navy in previous years to keep more LCSs in commission because of their ability to carry out smaller missions and because money was already spent to create the ship initially, according to the outlet. However, the Navy has listed nine LCSs for decommissioning because of the anti-submarine problems. Officials have proposed to use the money for the ship to resupply missile stockpiles instead.

“The LCS has not been a platform that has achieved its goal. We all know that,” Rep. Elaine Luria (D-VA) told Breaking Defense last month. “But it is a platform that can do low-end missions. If you get rid of the LCSs, what are you going to replace them [with]? Are you then going to need a [destroyer] to go do every one of those ops, or are those ops not going to happen?”

Sen. Jim Inhofe (R-OK), the ranking member on the Senate Armed Services Committee, said the Navy should focus on growing U.S. fleets because China is currently predicted to surpass the United States in 2030 and become the largest navy in the world.

“With the Chinese Navy steadily climbing to 460 ships by 2030, the unforced errors in Navy shipbuilding, like the Littoral Combat Ship, must stop,” Inhofe tweeted. “Programs that can scale up and grow our fleet must be the priority.”

Under current plans, the U.S. is predicted to have 280 ships by 2030, according to the Daily Mail.