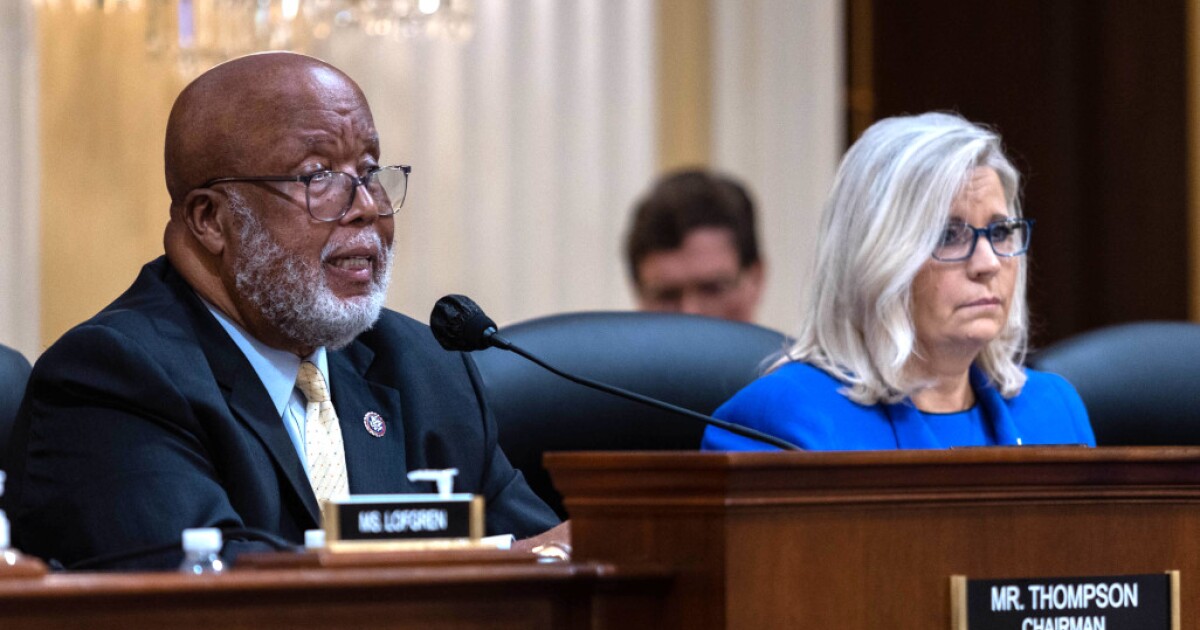 The Jan. 6 committee is reportedly set to host its ninth and likely final hearing next Thursday.

The Jan. 6 committee is reportedly set to host its ninth and likely final hearing next Thursday.

Panel members postponed the previously scheduled hearing due to Hurricane Ian encouraging on Florida and are expected to host the postponed event on Oct. 13 although it has not been set in stone, NBC News reported. If the new date holds, it will take place about three weeks before the midterm elections.

JAN. 6 COMMITTEE WON’T HOLD HEARING NEXT WEEK BUT SAYS IT WILL BEFORE ELECTION DAY: REPORT

The committee had been scheduled to host the hearing on Sept. 28 but it was nixed because of the hurricane. One of the committee’s members, Rep. Stephanie Murphy (D-FL) represents a district that was in the projected path of the monster storm last week.

“In light of Hurricane Ian bearing down on parts of Florida, we have decided to postpone tomorrow’s proceedings,” Chairman Bennie Thompson (D-MS) and Vice Chairwoman Liz Cheney (R-WY) explained at the time. “We’re praying for the safety of all those in the storm’s path.”

Thompson has said the next hearing will not feature any in-person testimony. Instead, it will showcase “substantial footage” of the Jan. 6 riot and unseen clips of testimony before the panel.

The most recent public hearing the committee held took place back in July.

The Washington Examiner reached out to a committee spokesperson for comment.