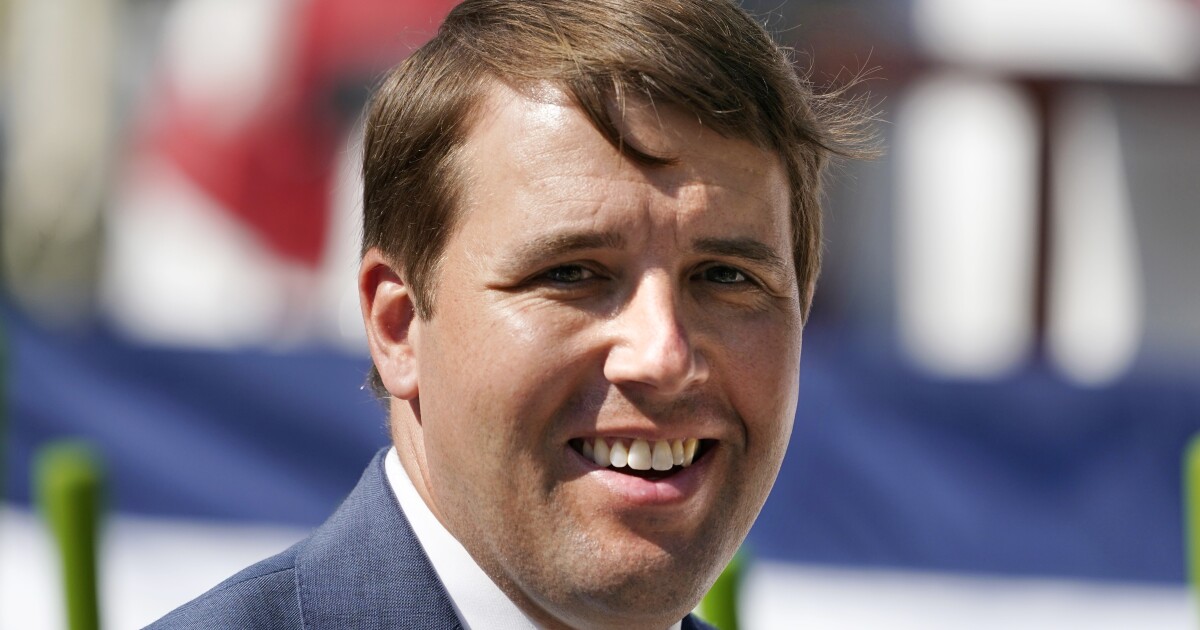 Republicans had long been gunning for his competitive 1st District seat during apportionment, hoping to mold it into a safe seat for themselves. But Republican Gov. Chris Sununu frustrated those endeavors and forced a stalemate that led to a court-imposed map maintaining the status quo — two New Hampshire seats that have had similar lines since the 1880s, roughly split along the Merrimack River.

Now a united Republican state government failed to draw a considerably more politically challenging seat for Pappas to win, as was GOP lawmakers’ open intention, and the congressman still faces one of the most competitive reelection races in the country. The seat is narrowly split in the best of years, and House Republicans need to net five districts in the 435-member chamber, while House Democrats try to hold the majority they first won in 2018 amid President Joe Biden’s low approval ratings, frustratingly high gas prices, and the worst inflation in 40 years.

“This will be Pappas’s most challenging bid for the seat,” Dante Scala, a professor of political science at the University of New Hampshire, told the Washington Examiner. “One, you still have a district that tilts a bit Republican. Second, it’s one of the few seats across the country that’s up for grabs. And three, and this is the most pressing problem, the mood of the country. It’s a really difficult time to be associated with President Biden.”

Born and raised in Manchester, the state’s most populous city, Pappas in 2018 became the first openly gay man elected to Congress from the Granite State, sailing past Republican challenger Eddie Edwards, former police chief of South Hampton, with a comfortable 8.6% lead during the blue wave year.

His district, which lies east of the Merrimack River, has a +1 Republican advantage, according to FiveThirtyEight, but victory in the district has long eluded the GOP. Since 2010, Republicans have only been able to snag the seat on two occasions, most recently in 2014. This is why state lawmakers sought to capitalize on the decennial line-drawing process to buttress GOP support in the district that has been stubbornly resistant to Republican rule.

“Keeping with New Hampshire tradition, this map gives us districts that are fair, encourage competition, and keep communities of interest together,” Pappas tweeted after the state Supreme Court enacted a “least change” map. “The district lines have finally been settled in a fair manner. I look forward to continuing to work in a bipartisan fashion in Congress to deliver for and represent the people of New Hampshire’s First District.”

During the last election in 2020, the incumbent congressman managed to stave off a challenge from Republican Matt Mowers, a former White House adviser for the Trump administration, but the landscape appears to have shifted in the time since. Former President Donald Trump no longer occupies the White House, inflation is roaring, crime has ticked up, supply chain shortages continue to torment businesses, and the pandemic still lingers. All of this has dampened the national mood toward Democrats.

One silver lining Pappas has is that Republicans have yet to coalesce behind a challenger. The Republican field remains wide open, with Mowers pursuing a second stab at the nod along with Gail Huff, wife of former Sen. Scott Brown (R-MA), 24-year-old Karoline Leavitt, a former White House assistant press secretary, and Russell Prescott, an ex-member of the Executive Council of New Hampshire.

“I don’t think any of the candidates who are running are ideal. They’re certainly not that well known,” Andrew Smith, director of the University of New Hampshire Survey Center, told the Washington Examiner. “It’s going to be up to them to make a case for themselves.”

Republicans will need a strong candidate if they want to usurp Pappas’s seat, Smith stressed, underscoring the competitive dynamic of the district. The Republican primary is slated for Sept. 13, meaning the party will be ensnared in a contentious primary battle until just a few weeks before the election.

New Hampshire can be hospitable to Republicans at times, having elected a Republican governor and Republican-controlled state legislature, but the state still leans blue. The Granite State is one of the least religious states in the country and has favored a Democrat for president in every election after 2000. Its entire House and Senate delegations consist of Democrats. Sen. Maggie Hassan also faces reelection in November for a second term after capturing the open seat in 2016.

Another factor that bodes well for Pappas is his tendency to brandish more centrist and bipartisan bona fides, according to Scala.

Pappas, a Harvard University graduate who won a state House seat in 2002 at age 22 and was then a member of the New Hampshire Executive Council, ranks near the middle of the ideological spectrum in Congress, according to GovTrack. He serves on the House Veterans’ Affairs Committee and has sponsored several bills related to the opioid crisis, infrastructure, and veterans.

Smith contends Pappas is “not particularly well known” throughout the state and has yet to make a big brand name for himself, having had a low-key tenure in Washington. Republicans have a chance to nab the seat because there is a Democrat in the White House, but it all comes down to turnout, Smith added.

“It really falls down partisan lines. Republicans hate him. Democrats like him,” Smith said. “Turnout overall, that’s going to drive who wins that race, not much about what the two eventual candidates actually do in that campaign.”