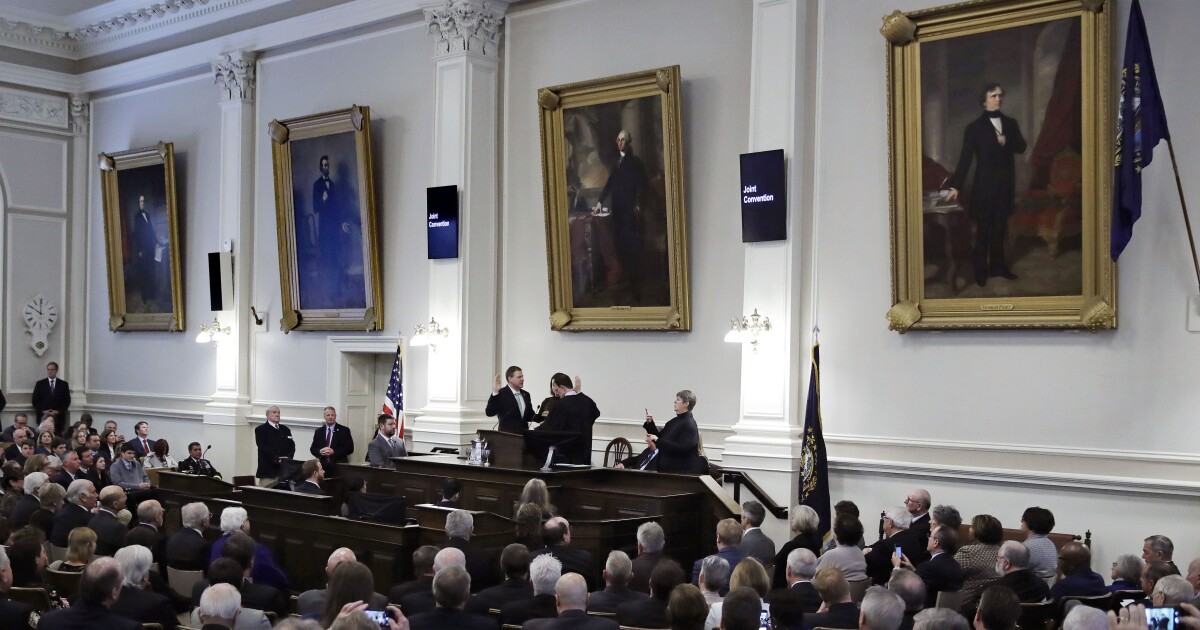 A special master appointed by the Supreme Court of New Hampshire unveiled his proposal for state congressional apportionment on Friday.

A special master appointed by the Supreme Court of New Hampshire unveiled his proposal for state congressional apportionment on Friday.

Nate Persily’s map closely matches the current arrangement, making only minimal changes for the state’s two congressional seats. The proposal comes as state Republicans have implored the high court to grant them more time to resolve internal differences that had prompted the court to prepare for a takeover.

“The Constitutional lawmaking process does not anticipate that when the Governor is considering an act of the General Court that he will be provided with a judicially created ‘backup proposal’ that allows him to choose a favorite between a legislative created redistricting map and a judicially created redistricting map,” attorneys for the Republican leaders wrote in a filing Thursday, per the Associated Press.

If enacted, Persily’s proposal would be an apparent win for Gov. Chris Sununu, who has long petitioned his fellow Republicans to enact a map that leaves the state’s two congressional seats at least mildly competitive. The governor announced his intent to veto a map from the Republican-led state legislature on Thursday, increasing the odds of a state Supreme Court takeover, which would likely rely on the map it tasked Persily, a professor of law at Stanford Law School, to draw. It is not immediately clear when the court will move to impose a congressional map.

Persily’s map is in keeping with the “least change” approach the court requested. It moves a mere five towns between District 1 and District 2 and has “a population deviation of one person,” according to Dave Wasserman, a national elections analyst for the Cook Political Report. This is exactly what some Republican state lawmakers at odds with Sununu in the line-drawing scrum feared would happen.

In contrast to Sununu, Republican state lawmakers demanded they use their power in the state to craft a 1-1 partisan split between Republicans and Democrats, ensuring a safe seat for themselves. The two sides have long been embroiled in a monthslong intraparty melee over how to draw that single line, with Sununu having vetoed a map in March similar to the one he rebuffed on Thursday.

Faced with election deadlines as the filing date for congressional contenders opens on June 1 and the Sept. 13 primary nears, the court announced plans last month to appoint Persily as a special master in preparation for a speedy takeover, if needed. The high court has repeatedly encouraged state Republicans to rectify their differences, signaling reluctance to intervene.

Disgruntled Republicans speculated in their court filing late Thursday that Sununu had been waiting for the court to enact a map with the “least change” approach, mirroring his calls for a competitive map. Lawyers for state Senate President Chuck Morse and state House Speaker Sherman Packard, both Republicans, made the filing on Thursday and called for either a delay or an end to its looming takeover. They also argued they had “validly enacted” a plan and pleaded for the court to dismiss the case, the Associated Press reported.

New Hampshire remains the lone state without a legally enacted congressional map in place. All other states have completed the decennial task, which comes after the census. At least a dozen states have litigation pending which could result in changes to their current congressional layouts in the future.

Persily seemingly took a shot at state lawmakers for the stalemate in his proposal. “With only two districts, relatively little population shift over the past decade, and a limited number of legal constraints as compared to other states, one might be puzzled as to why this process is ‘going down to the wire,’ requiring court involvement,” he wrote.