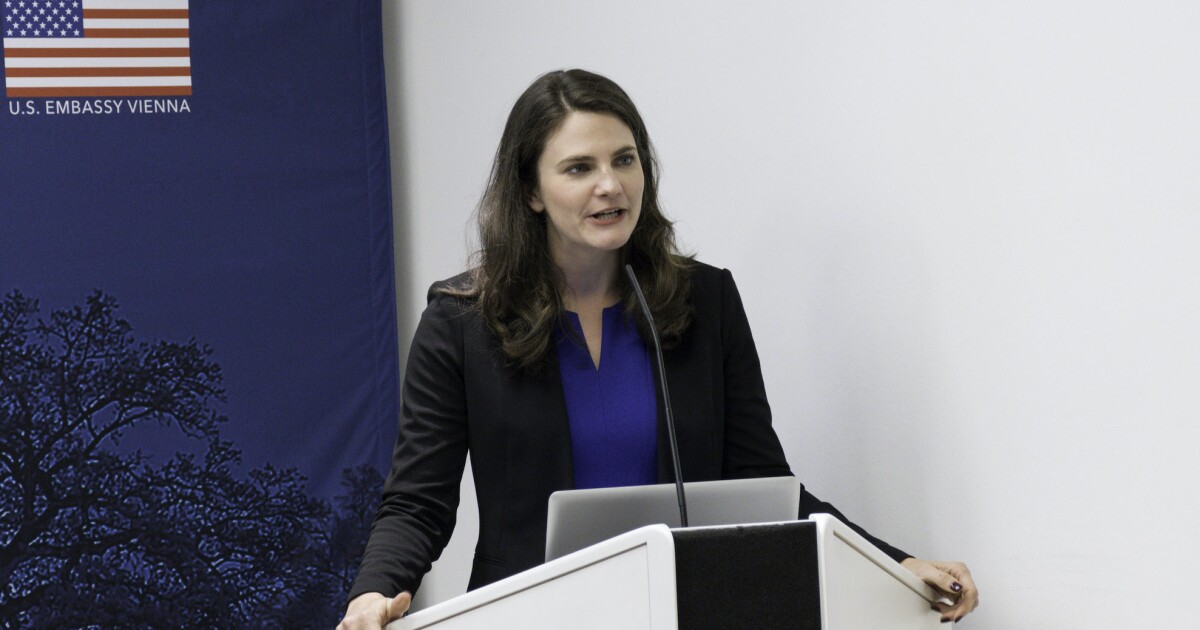 Nina Jankowicz, the author who resigned as the director of the Department of Homeland Security's Disinformation Governance Board, said that controversial government operation could have helped prevent mass shootings such as the ones carried out this month in New York and Texas.

Nina Jankowicz, the author who resigned as the director of the Department of Homeland Security’s Disinformation Governance Board, said that controversial government operation could have helped prevent mass shootings such as the ones carried out this month in New York and Texas.

One responsibility of the board, which has been paused for review, was to standardize the government’s response to violent threats in the United States. This mission would have covered mass shootings, Jankowicz told NPR’s Terry Gross on Thursday.

‘LET’S GET THIS DONE’: BORDER AGENTS TOOK MATTERS INTO THEIR OWN HANDS TO STOP TEXAS SCHOOL KILLER HIDING IN CLOSET

“Disinformation plays a role in radicalizing people to violence,” Jankowicz said. “You know, we’re seeing continued mass shootings here in the United States, and in many of those cases, violent extremism is begotten by things people see on the internet. So that’s the sort of thing that we would be looking to address.”

Information about the suspected Texas shooter’s online presence is still being investigated, though it has emerged that he posted about his attack on social media minutes before the massacre that killed 19 children and two teachers in an elementary school in Uvalde, Texas. The shooter in Buffalo, New York, who killed 10 black people in a supermarket, left a manifesto that discussed, among other things, the “Great Replacement,” a fringe white supremacist theory that posits certain elites are banding together to replace white people.

The board, which was announced last month, had been a victim of disinformation itself, Jankowicz said, when the public made assumptions about the board and her position as its leader because DHS did not provide clear information regarding its mission.

“Addressing disinformation, more broadly, really isn’t about labeling or censoring individual facts, which is what the narrative about the board was. You know, I’ve spent a lot of my career talking about how we can’t just play what I call ‘whack-a-troll’ to get out of our disinformation crisis,” Jankowicz claimed. “We can’t just fact-check our way out of the crisis of truth and trust that we face. And I would have never taken a job that was all about that. It was about something much more anodyne, much more boring.”

Less than a month after President Joe Biden’s administration touted the initiative, DHS suspended the board pending a review from an advisory council. Jankowicz stepped down amid public pressure. Critics dug up embarrassing details from her past, including clips of music she performed with her Harry Potter-themed band and tweets in which she herself spread misinformation.

Still, Jankowicz argued that criticisms of the board being a Ministry of Truth in the vein of 1984 that would determine what was and what wasn’t true were inaccurate.

“This was an internal working group that was meant to support and advise the operational components of DHS,” Jankowicz said. “We had no operational authority or capability.”