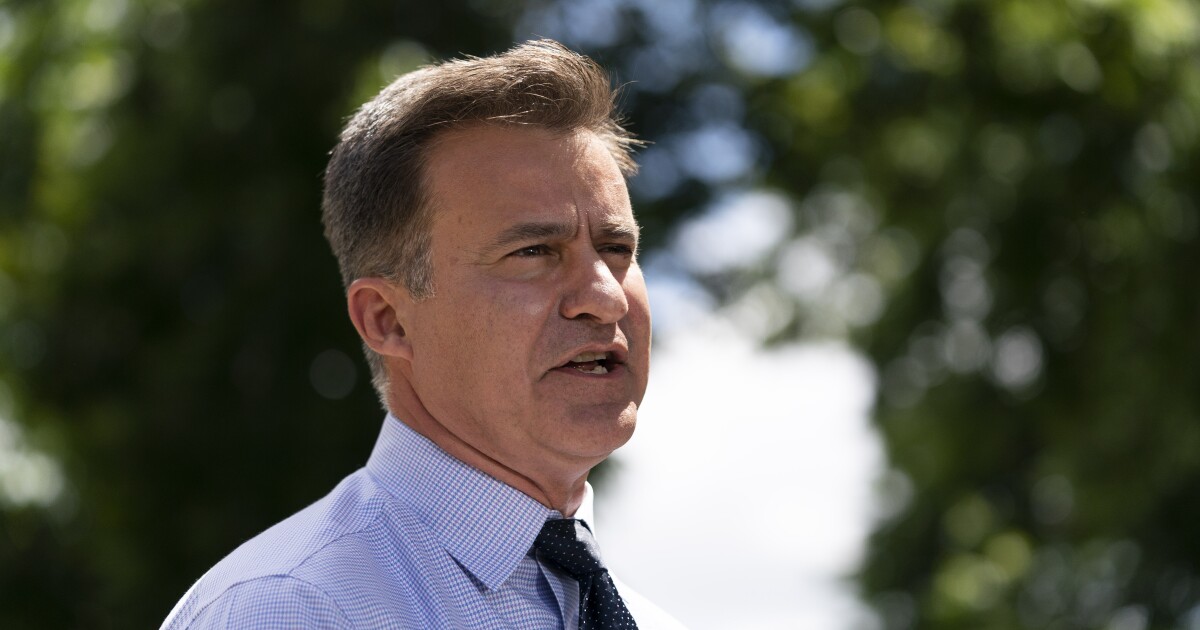 Texas Democratic state Sen. Roland Gutierrez, whose district includes Uvalde, tore into law enforcement's delayed response to the Uvalde school shooting and questioned whether Pete Arredondo, the chief of police for the Uvalde Consolidated Independent School District, was really the commanding officer at the time.

Texas Democratic state Sen. Roland Gutierrez, whose district includes Uvalde, tore into law enforcement’s delayed response to the Uvalde school shooting and questioned whether Pete Arredondo, the chief of police for the Uvalde Consolidated Independent School District, was really the commanding officer at the time.

Taking note of how Arredondo apparently had not received a key briefing about 911 calls schoolchildren made while trapped in a classroom with the shooter and reports that Arredondo was not carrying his radio during the assault, Gutierrez questioned whether Arredondo was really the incident commander on duty.

“The failure is clearly happening with law enforcement at every level. A real concern with regard to him not having that communication is why in the world is anybody … suggesting that he’s the incident commander if he doesn’t have the necessary communications at the time,” Gutierrez said on CNN’s Erin Burnett Outfront on Friday.

“And so, if he indeed doesn’t have his radio … how in the world are the other law enforcement agencies suggesting that man is the incident commander? None of this makes sense to me. And with all of that, little children might have died that could have been saved,” he continued.

Gutierrez revealed Thursday that he had been told Arredondo was not briefed on the 911 calls from children. Arredondo has been widely reported as the incident commander at the scene, and officials have claimed he bears responsibility for law enforcement’s delayed breach of the classroom. At the time, he believed there was no active threat to schoolchildren and had officers wait for a key to enter the classroom, according to Texas Department of Public Safety Director Steven McCraw.

Reports from law enforcement officials such as McCraw indicated that some 19 officers stood idly by outside the classroom and waited for over 45 minutes before entering. Gutierrez said he had been informed that between two and 13 officers were in that hallway.

Dispatchers were fielding calls from distressed children in the classroom who were begging for help, raising questions about why officers waited to breach. It is unclear to whom the pleas to law enforcement were relayed. Gutierrez suggested Thursday it was a Uvalde police officer but was unsure whether officers stationed outside the classroom were briefed on them and, if so, who briefed them.

“What I know is that the police department dispatch the calls, and they have a list of 17 different first responders that they dispatch those calls to, including the school district,” he told CNN on Friday. “If every one of those officers or those units are receiving those 911 calls, then I’ve got a very, very big concern, But unfortunately right now, you and I are not getting that information.”

Arredondo has faced fierce criticism for law enforcement’s delayed response to the massacre. He was sworn in as a city councilman Tuesday.

Nineteen children and two teachers were killed in the attack last week, and several more were wounded. The gunman has been identified as an 18-year-old who officials say legally purchased two AR-style rifles and hundreds of rounds of ammunition. A member of the elite Border Patrol Tactical Unit, or BORTAC, has been credited with killing the shooter after an ad hoc group of law enforcement officers decided to ignore orders not to engage.

Gutierrez claims he was told he will no longer receive reports from authorities about the Uvalde shooting, as the matter is being reviewed by the local district attorney’s office. The state senator insisted he needs his questions about the shooting answered because he is a policymaker tasked with ensuring that a tragedy like Uvalde never happens again.

“I’ve been told … that I’m no longer getting reports, and neither is a media that is now in the hands of the district attorney’s office in that region,” he said. “It appears that folks are hiding behind a so-called criminal investigation when I really think that the public and the community at large and … Uvalde needs to know very specific answers of how their local law enforcement failed and how their state law enforcement failed.”