Why is the Left so desperate to sexualize the culture?

The reasons for the Left’s perverse sexualizing of very young children make sense only if you are sexually neurotic. None of it makes sense if you are a rational, healthy, sexually normal person. For example, what is to be gained by first graders learning about drag queens and transsexuality? How is a child’s life improved, how is the culture improved when children whose brains are not physically equipped to process such information get exposed to it? If it is the hope of sexualizers that children will be more accepting of perversity, to what end?

No government-schooled child of any age should be taught matters of sexuality, sexual behavior, or sexual identity beyond the egg-sperm basics. There is no legitimate reason for it. Let’s back this truck up and reframe the argument: Instead of settling the debate where conservatives concede “age-appropriateness” ground to the sexualizers, reverse this polluted stream and remove all sexual material from all public and private schools and leave these matters to parents. Conservatives have been far too accommodating on this matter.

Why is the Left so anxious to expose to little kids sexually explicit cartoons of two boys (or one man and one boy) engaging in oral sex, as has been depicted in some schoolbooks? To normalize adult sexuality, normal or perverse, for small children is to tell them that it is normal for them to engage in it at their age. It isn’t. This is like putting a boulder on an egg. Kids are eggs, easily molded and more easily scrambled. That makes them perfect victims for pernicious child predators. The same goes for transsexual material. Why groom a child into transsexuality, then try to hide it from parents if it is not wrong? Is this mere prurience or something more deeply malevolent?

We have recently discovered many instances of child grooming in and out of the classroom: Many schools eliminated male/female bathrooms in favor of unisex bathrooms, grooming grounds for perverts. Some men insist on being called women and are entering the locker rooms of women and young girls – starkers – flashing their junk and not batting an eye. Is life so dull for sexualizers that they must create some illicit sizzle? Is sexual bombast the only way for some odious people to feel that their damaged presence in the world has meaning?

Online videos laced with explicit content and profanity have been on the rise. They depict pedophiles luring and fondling small children. A simple search of the internet will pull up many pedophiles (almost always men), caught in the act of trying to engage very young children in sexual encounters on buses, in big box stores and elsewhere. What used to be rare has become commonplace. 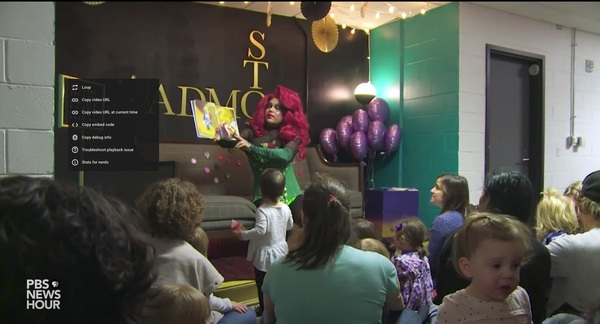 Outrageous sexual behavior seems to be the only behavior that some adults engage in to get attention. Take TikTok and Instagram, for examples. They are repugnant cesspools of coarseness, vulgarity and obscenity. Crude, loud, and vulgar, with profanity off the charts, ostentatious sexual behavior has become de rigeur in our culture. Children have open access to this kind of sexual Novocain, jading them for normal sex later. Many men who are addicted to pornography are reporting sexual dysfunction in normal sexual performance. How is this sexualized culture going for them?

Sexual content and profanity flood every facet of the culture: I was watching a new TV series set in the rust belt of the country. The F-word was casually tossed around by men and women alike, peppering almost every conversation and every other sentence. The f-word was not just uttered to swear; it became an adjective.

It is a goal of the Left to strip sexuality of its decency, its sanctity, its beauty. Because they abhor the very idea of a God who holds people responsible for the breaking of His commandments and biblical principles, they do all they can to reduce sexual behavior to an animal act, a bodily function. It’s very Darwin, very Rousseau, two heroes of the Left. These two men still speak to us from the grave with their fetid breath.

Depriving children of their childhood by sexualizing them is a crime worthy of the worst possible punishment. Children should be playing games, getting dirty, learning how to interact properly with other children and with adults. They should be learning good manners, honor, decency, and respect for others. They should be learning math, honest American and world history, reading, composition, technology, and biology. It seems as though many of these valuable subjects are being broomed in favor of sexual grooming and indoctrination that young children do not benefit from and that actually damage them. When we ask “cui bono?” regarding this kind of sexual malfeasance, we discover that it is the libidinous wolves of both sexes that benefit, not the children.

If we do nothing about the sexualizing of children, can we live as decent human beings knowing that our schools are cranking out jaded, abused, damaged children for whom nothing is saved or sacred as they reach adulthood? Sexuality is treated by the sexualizers as the benign equivalent of choosing tofu over fries. These malignant individuals classify sexual behavior as just one of many things people do, like playing video games or fixing the garbage disposal. But sex was meant to be something else – a creative act, sublime, sacred, elevated, something that is an expression of passionate love, not loveless passion. It was not meant to be crass and prurient. Right now, it should be viewed as the rape of the innocents.

The Bible is clear about luring children or hurting them: “…whoever causes one of these little ones who believe in me to sin, it would be better for him to have a great millstone fastened around his neck and to be drowned in the depth of the sea.”

If you think God is short-tempered with hypocrites, that is nothing compared to the hellish fate He has waiting for pedophiles, groomers and other degenerates, whether they believe in God or not.