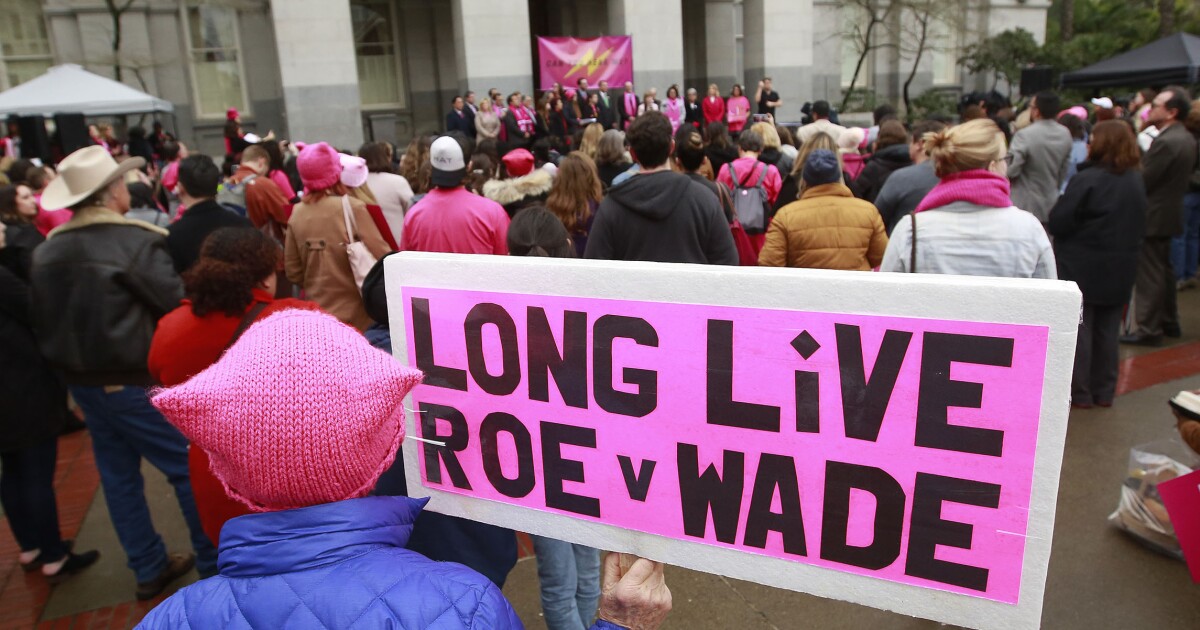 The pending Supreme Court decision that could overturn Roe v. Wade is poised to usher in a new era in the abortion wars that have rocked American politics for a half-century.

The pending Supreme Court decision that could overturn Roe v. Wade is poised to usher in a new era in the abortion wars that have rocked American politics for a half-century.

Democrats and Republicans have battled over abortion rights in nearly every election since the landmark 1973 ruling. But rather than end this polarizing fight, a Republican legal victory in the Supreme Court that shifts the issue to the discretion of the states would simply alter the contours of a debate. It is expected to rage as hotly as it has for the past five decades.

Even before the Supreme Court rendered a decision, liberals made clear that they would mount a sustained campaign to reinstitute federally guaranteed abortion rights. Conversely, conservatives were ready to restrict access to abortion in Republican-leaning states where they have the political power to do so while possibly pursuing legislation in Congress to outlaw the procedure in Democratic-leaning states where they do not.

“If Roe is reversed, nothing changes the next day,” David O’Steen, executive director of National Right to Life, a group that opposes abortion rights, told the Washington Examiner on Thursday.

“We will continue to fight like hell to protect the right to access safe, legal abortion,” Alexis McGill Johnson, president and CEO of Planned Parenthood Federation of America, a group that supports abortion rights, countered in a statement.

The Supreme Court has yet to rule in Dobbs v. Jackson Women’s Health Organization, a case adjudicating the constitutionality of a 2018 Mississippi law that bans abortions after the first 15 weeks of pregnancy. But a leaked draft of a majority opinion upholding the law and overturning both Roe and 1992’s Planned Parenthood v. Casey was reported by Politico and authenticated by the Supreme Court earlier this week.

That news excited passions on the Right and Left, with Republicans lauding a possible decision they have worked aggressively toward for years and Democrats decrying the elimination of a federal right they have fought equally hard to protect. Meanwhile, among Democratic and Republican political professionals, there was a scramble to figure out the impact of this development on the midterm elections — in House and Senate campaigns and in gubernatorial races.

But Democratic and Republican strategists quickly concluded this much: Roe might be on its way out, but the debate over abortion rights, which has roiled American politics perhaps more than any other political and cultural divide in modern times, is on track to persist. Indeed, some political operatives predicted gutting Roe v. Wade would inflame the nation’s politics, even as the debate over this particular controversial Supreme Court decision was finally settled.

“That will turbo charge the culture war, and it will make American politics even more divisive and ugly,” said Frank Luntz, a Republican pollster. “I have never seen a productive political debate on abortion.”

“The internal politics of the Left can and should galvanize around abortion rights,” added Ed Espinoza, a Democratic operative in Austin, Texas. “It should be fairly obvious to everyone that moderation got us nothing here.”

In the immediate aftermath of the potential decision to overturn Roe v. Wade, the fight over abortion rights is expected to shift from the federal realm to the states, where lawmakers and governors are already active in restricting access to abortion (in red states) and codifying access to the procedure (in blue states.)

Although there is an interest among some on the Right to explore federal legislation clamping down on abortion rights should Republicans win control of Congress in November, the presumed lack of 60 GOP votes in the Senate to overcome a Democratic filibuster is tempering expectations. It also remains unclear if such federal laws would pass constitutional muster.