Setting the stage for the DHS announcement of the Biden Administration’s Disinformation Governance Board recently, at a Stanford University Cyber Policy Center symposium entitled, “Challenges to Democracy in the Digital Information Realm,” deceptive mind-control specialist Barack Obama emerged from behind his Joe Biden mask to deliver the keynote speech.

According to the anonymous author of the 2009 Department of Homeland Security treatise on “right-wing extremism,” government needs to help companies better “…recognize the often-dangerous relationship between social media, nationalism [and] domestic hate groups” like pro-lifers, ex-military, Second Amendment supporters, Christians, and America-First patriots.

Well aware that the voice of the people threatens the trajectory of the global elite agenda, the former president used the opportunity to double down on what he does best, which is to manipulate minds with clever word games. The stunning effort focused on convincing the naïve that government control of public discourse somehow strengthens “democracy.”

Credit where credit is due, the former president is masterful at presenting nonexistent consensuses as if they truly exist. Take for instance his suggestion that questioning the 2020 election threatens “democratic ideals” and is tantamount to affiliation with Putin, while simultaneously inferring everyone agrees that the 2016 election was stolen from Hillary.

The Alinsky-mentee repeatedly portrayed American citizens as threats to the republic by juxtaposing extremes with divisive statements like:

People like Putin and Steve Bannon, for that matter, understand people don’t need to believe this information to weaken democratic institutions. You just have to flood a country’s public square with enough raw sewage. You just have to raise enough questions, spread enough dirt, and plant enough conspiracy theorizing that citizens no longer know what to believe.

So, in other words, democratic institutions will be strengthened when Barack Obama’s “raw sewage” answers all our questions and dictates what we must think and believe?

Amongst the trustworthy mix of oppressed freedom fighters, Barack presented himself, mainstream media shills, the government he’s likely coordinating, and then pointed out those he deems untrustworthy: anyone who causes Americans to distrust each other by disagreeing with his vision.

Word to the wise, when the former self-proclaimed “target of disinformation,” Barack Obama, exonerates himself, the mainstream media, and political institutions, and then asks, “So where do we go from here?” freedom-loving Americans best listen up.

On behalf of a perverted definition of “democracy,” and sounding like a recruitment ad for “Public Enlightenment,” the former community organizer attempted to rally “the tech community, not just its corporate leaders, but employees at every level have to be part of the solution” to “push,” i.e., “nudge” employers to submit to Communist Command and Control. 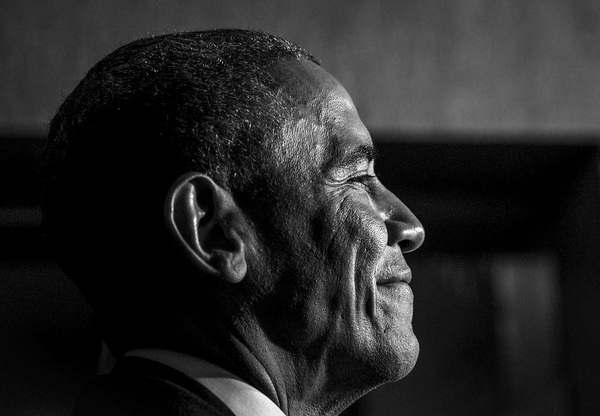 The former president depicted dictatorial control freaks as global uniters and feigned a desire for unity by stirring suspicions of voter suppression in black and brown communities, mentioning racism, white supremacism, Putin-like ethnonationalism, “sexism, class conflict, religious strife, greed, envy, and all the deadly sins.” Exempting himself from the division he cultivates, according to Obama, muzzling opposing opinions will “help tamp down divisions and let us rebuild the trust and solidarity needed to make our democracy stronger.”

Convincing the credulous that he is a supporter of free speech and in favor of a “free, robust, sometimes antagonistic exchange of ideas,” Obama stressed that democratic ideals will be realized when the news media, and private companies like Facebook and Twitter, submit to the proposed management of a product that — when it disagrees with him — disseminates what Obama calls “toxic information.” Seven months before a midterm election, the former president insisted that “while content moderation can limit the distribution of clearly dangerous content, it doesn’t go far enough.” Therefore, “these big platforms need to be subject to some level of public oversight and regulation” that surely he will be closely involved in overseeing.

Imagine this, Obama proposed that government monitoring of algorithms “spurs innovation,” and eliminates competition for communities of color, because in the end, despite “extraordinarily good faith in some cases,” deplatforming and canceling the left’s detractors is simply not enough to “keep the rest of us safe.” Say what?

Shrewdly, Obama protested too much when he asserted that he’s certainly not suggesting that fairness exclude “views diametrically opposed” to his own, or that opinions and divisions be “fixed.” Oh, no, no, no! Instead, he said that there could be an effort to fundamentally transform or “redesign” and “broaden our perspectives” by mimicking “hard core Hannity, Carlson fans,” being successfully brainwashed by exclusive exposure to CNN, which, according to Obama, has the potential to change “perspectives.” Put another way, does Obama think viewing FOX ‘unmeaningful,’ and singular exposure to CNN helpful in safeguarding his idea of “democracy” by “reshaping” political opinion in “meaningful ways?”

Is that why, Obama believes that the “common baseline of how we debate and sort out our disagreements,” would be better managed by the governance of a First Amendment dictated to by ideologies that agree with the left’s definition of what a demon like Barack Obama calls, “better angels?” Or that efforts to preserve democracy must include kids being taught to become “critical thinkers” by limiting exposure to differing opinions on things like climate change, sexuality, COVID vaccines, Putin, elections, and January 6th?

Wanting to curtail free speech from the beginning, Obama even managed to squeeze in a backhanded criticism of the “flawed” U.S. Constitution by insinuating that undermining the First Amendment fosters a “more perfect union” and likened government regulation of free speech to amendments abolishing slavery, and granting women the right to vote.

Obama, the controlling “tool” of the global elite, ended this alarming address by saying:

[a]t the end of the day, tools don’t control us. We control them, and we can remake them. It’s up to each of us to decide what we value and then use the tools we’ve been given to advance those values. And I believe we should use every tool at our disposal to secure our greatest gift: a government of, by, for the people, for generations to come.

By defining the voice of the people as a “steady stream of bile and vitriol,” Obama’s attempt at implied consensus, again attempted to convert Americans to “fight for [his] truth and to pick [his] side,” or chance being branded — “for generations to come” — as responsible for “allow[ing] our democracy to wither.”

Jeannie hosts a blog at www.jeannieology.us