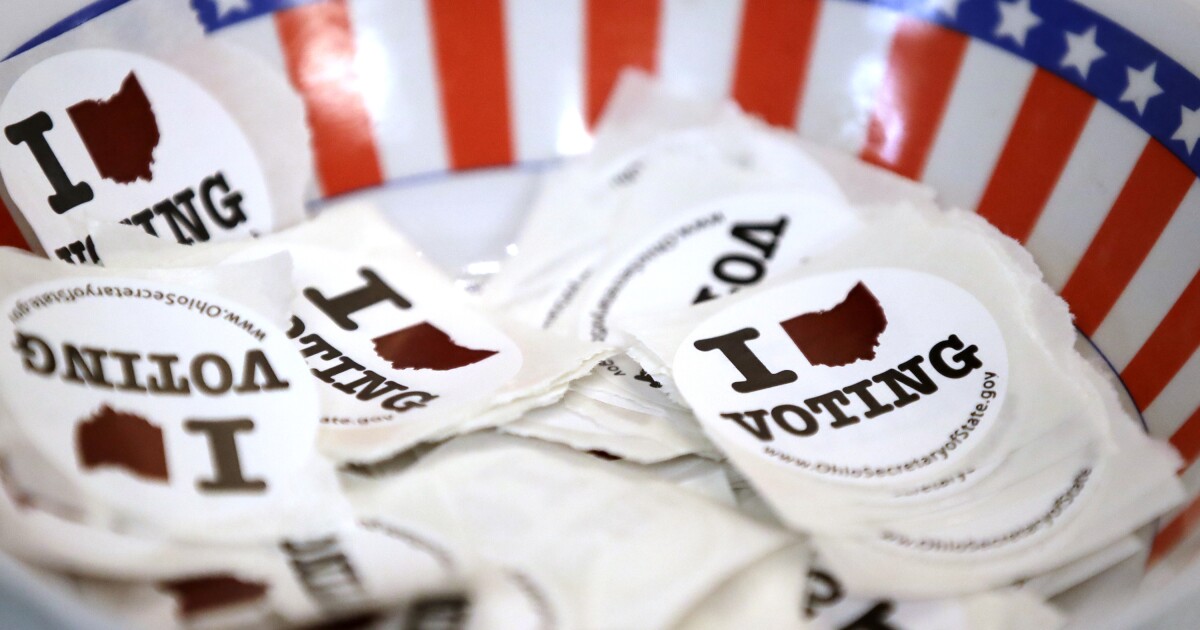 The panel opted to intervene after the Buckeye State blew past a deadline last week, failing to have a map in place for its state congressional districts by Saturday in defiance of a prior order from the federal judges. The slate of maps, known as Map 3, has been regarded as friendly to Republicans and was stricken by the Supreme Court of Ohio in March.

“We chose the best of our bad options. Given the factual record before us, two reasons justified our approach. First, no map had won the approval of both the Commission and the Ohio Supreme Court. And second, Map 3 gave the State the most time to fix its own problem. That broke the tie,” Judge Amul Thapar of the 6th U.S. Circuit Court of Appeals wrote.

Map 3, implemented by the Republican-led Ohio Redistricting Commission in February, violated the state’s anti-gerrymandering rules, Ohio’s Supreme Court determined. The high court has rejected legislature maps from the commission on five occasions during this redistricting cycle. The dust-up between the high court and the commission forced the primary date for state House and state Senate races to be postponed from May 3 to Aug. 2.

The court’s announcement that it would use Map 3 if the impasse continued emboldened state Republicans to buck calls for a less partisan slate of maps, some judges argued.

“[T]he federal court did not ‘stay [its] hand until May 28,’ as it stated it would, and leave the state to fix the crisis created by the commission’s own actions. Instead, the federal court provided the Republican commission members not only a road map of how to avoid discharging their duties but also a green light to further delay these proceedings by stating its intention to implement ‘Map 3,” Chief Justice Maureen O’Connor wrote in an opinion earlier this week. “All the while acknowledging that this court had declared Map 3 to be invalid and unconstitutional.”

The impasse has shown no signs of abating. The high court and the commission have been at odds for months over apportionment, with the court arguing the commission’s maps breach anti-gerrymandering rules in the Ohio Bipartisan Redistricting Commission Amendment. Last week, the high court tossed a fifth set of legislature maps from the commission, scolding it for sending another slate of unacceptable maps.

The state high court has also cut down several iterations of the Ohio commission’s U.S. congressional maps. In March, the court announced it would wait until after the state’s May 3 congressional primary to weigh in on the most recent congressional map, which mirrored previous proposals stricken by courts. Those maps are being litigated.

O’Connor, a Republican justice set to retire due to age limits, has served as a swing vote in some of the state’s most fraught redistricting cases, joining her liberal colleagues to strike down Republican-backed maps on multiple occasions. Her planned departure from the court has led to speculation that the makeup of the court will change in the Republicans’ favor, enabling them to enact their preferred maps.

The slate of maps will only be in effect for the 2022 election cycle, and the court ordered the commission to enact new maps by Friday. If those maps meet the court’s wishes, they will likely be used after this year’s elections.