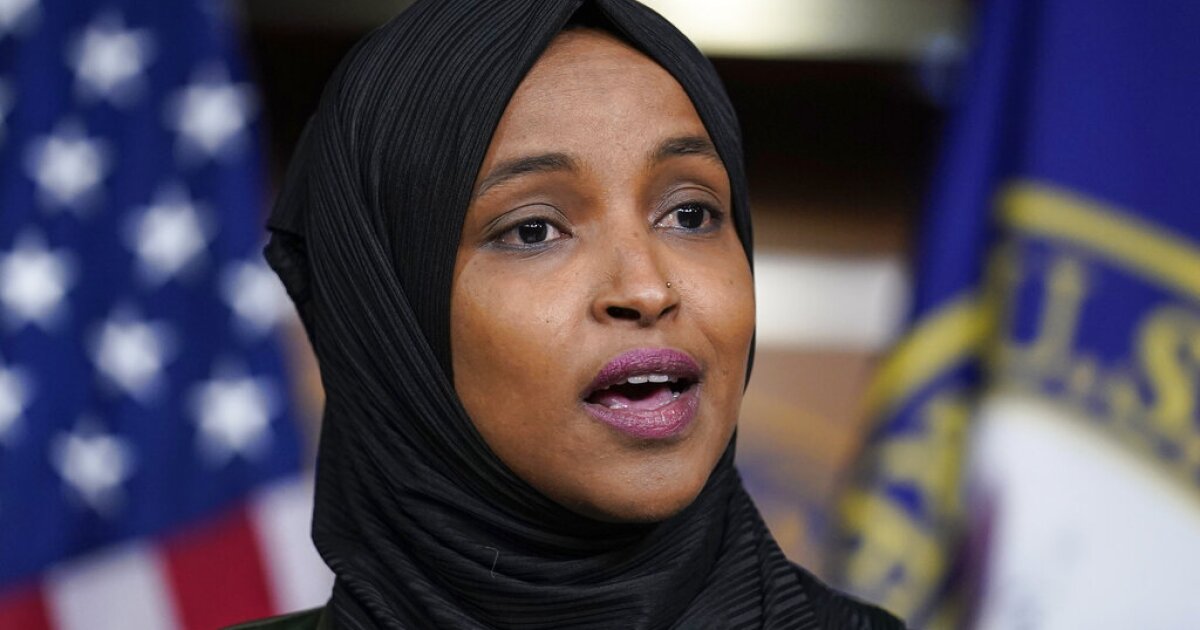 Omar is a frequent advocate of congressional legislation allowing for court-packing. Her latest call to expand the court of nine justices comes amid the revelation of a document authored by Justice Samuel Alito for the case Dobbs v. Jackson Women’s Health Organization, ruling that “the authority to regulate abortion must be returned to the people and their elected representatives.”

“Overturning Roe would put the lives of women across the country at risk. It would fly in the face of decades of precedent and the overwhelming majority of public opinion. And they will not stop here. Expand the court,” Omar tweeted.

Omar added that “Congress must also abolish the filibuster and pass the Women’s Health Protection Act to codify Roe v. Wade into law.”

Overturning Roe would put the lives of women across the country at risk. It would fly in the face of decades of precedent and the overwhelming majority of public opinion. And they will not stop here.

Omar, and other members of “the Squad,” a group of liberal congresswomen including Alexandria Ocasio-Cortez (D-NY), Rashida Tlaib (D-MI), and Ayanna Pressley (D-MA), have been vocal in the past promoting the idea of court-packing.

After the confirmation of Judge Amy Coney Barrett to the Supreme Court in October of 2020, Omar called for the court to be expanded to “fix” a “broken system.”

“Expand the court,” Omar tweeted, adding, “Remember that Republicans have lost 6 of the last 7 popular votes, but have appointed 6 of the last 9 justices. By expanding the court we fix this broken system and have the court better represent the values of the American people.”

Exactly one year after Barrett’s confirmation, Omar and other liberal lawmakers and activists held a rally at the Supreme Court, once again calling for congressional legislation to allow court-packing.

“Congress can change the number of justices on the court at any time through the legislative process, as it has done so many times in American history,” Omar said.

The commission’s draft report released in December of 2021 signaled a “profound disagreement” regarding the number of justices on the bench.

The bipartisan commission of legal experts says that supporters of court expansion claim it is “necessary to address serious violations of norms governing the confirmation process and troubling developments in the Supreme Court’s jurisprudence that they see as undermining the democratic system,” according to the draft report.

Opponents to court-packing, according to the report, argue that expanding the court would “significantly diminish its independence and legitimacy and establish a dangerous precedent that could be used by any future political force as a means of pressuring or intimidating the Court.”