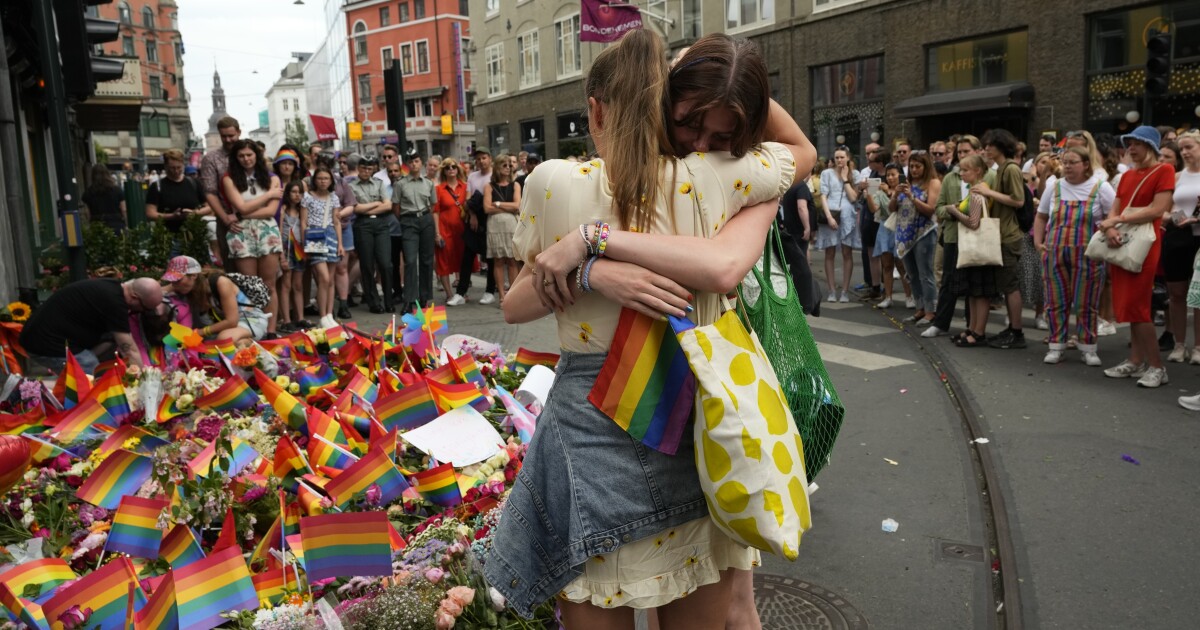 An early morning shooting at a nightclub in Oslo, Norway, is being investigated for links to terrorism, Norwegian police said.

An early morning shooting at a nightclub in Oslo, Norway, is being investigated for links to terrorism, Norwegian police said.

An unidentified 42-year-old Norwegian male, originally from Iran, was arrested and charged with murder, attempted murder, and terrorism for allegedly opening fire at three locations, according to the New York Times. The shooting at the London Pub, a hot spot for the city’s LGBT community, resulted in the deaths of two people and injuries to 20 others, 10 of whom were seriously injured.

The incident is being investigated as an act of terrorism because of the number of crime scenes and the size of the death and injury tolls, police attorney Christian Hatlo said.

“He seems to have had the intention to create fear in the population,” Hatlo said, according to the outlet.

The shooting took place a few hours before the Oslo Pride Parade, a culmination of the weeklong Gay Pride festival in the country’s capital.

“We encourage all of Norway to show solidarity and celebrate Pride at home, in their neighborhoods and towns,” Inger Kristin Haugsevje, the leader of Oslo Pride, said.

Two weapons, a handgun and an automatic weapon, were recovered after the attack, police said.

Norway’s leaders condemned the attack and encouraged the rest of the country to unite around the tragedy. The country’s monarch, King Harald V, offered condolences to the relatives of the victims.

“We must stand together to defend our values: freedom, diversity, and respect for each other. We must continue to stand up for all people to feel safe,” the king said.

The speaker of Norway’s Parliament, Masud Gharahkhani, who is also of Iranian descent, said he was proud of Parliament for raising a rainbow flag last week.

“I have seen time after time how hate flourishes in social media when we celebrate queer diversity,” Gharahkhani said. “That is sad and unacceptable.”

Shootings are rare in Norway. Gun owners are required to be licensed and take gun safety courses. A ban on semiautomatic weapons also went into effect last year following an attack that led to the deaths of 77 people in 2011.