Let's forget about those classified documents, the lefties say. It's all a misunderstanding, they say. There's other things to worry about, they say...

Our Liberal Friends Have Learned Nothing – American Thinker<!—->

Lefty Ted Rall, who wrote a book about Snowden, is even less impressed with the need for classification. Too many people are living in cartoon world, he asserts, and have been “watching too many Bourne movies:”

In the fevered imagination of political-thriller scriptwriters, we would be totally screwed if the wrong Super Duper Important Document were to fall into the clutches of an Evil Enemy of America.

Anyway, he says, we have more important things to worry about. He’d like both political parties to

You know, I really appreciate an opinion-maker doing an Iselin and making things “real simple” for me. Because a statement like that makes it really clear that cartoon-world isn’t just for the war party. Let’s Fisk Rall’s list of issues.

Climate Change. Don’t you lefties understand that climate change is just as much of a fake war as you believed the Cold War to be, back in the day? Al Gore bellowing away at Klausi’s WEF shindig ought to remind you about Sen. McCarthy bellowing about communists in the State Department. But go ahead. You climatistas will end up crashing the economy and get thrown out of power for a generation.

Health Care for Profit. Honey, if you want affordable health care then get the government out of health care. It’s the science: you get “regulatory capture” by the regulated whenever the government regulates an industry. Back in the day, of course, Americans had “lodge doctors” at their Masonic or Elks lodge. Real cheap doctors right out of med school. Ever heard of that, cupcake?

High College Tuition. Well, yeah! You hand out handy-dandy college loans to kids wet behind the ears and that literally know nothing and you are basically shoveling money at colleges. So of course, college tuition is sky high. You did it, lefties. 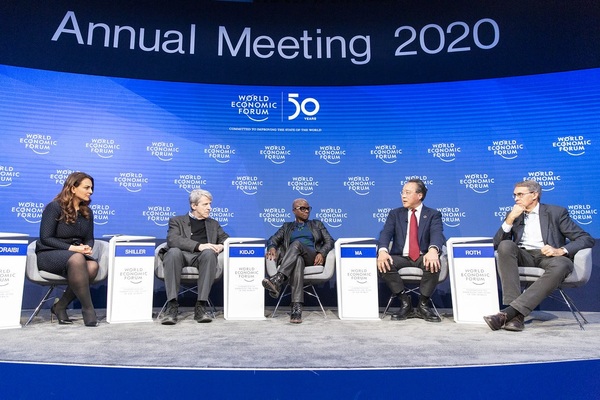 Prison Industrial Complex/Brutal and Racist Police. You did this, liberals. You made it possible with your welfare policies for single women to bear and raise children without a father. I call it: Slavery Part Deux. Back in the day, in Britland in the Year 1000, a serf could go to his lord and ask to become a slave: “head for food” they called it. Just like today, only today you go to your local welfare bureaucrat instead of your local lord. But I understand, dear liberal friends. The utter mess on the fatherless black thug front cannot — just cannot — be the fault of educated liberals. No, some white racist-sexist-homophobic bigot must have done it.

Unemployment/Homelessness. Sen. Schumer (D-NY) would say that the regulatory welfare state has six ways from Sunday to make it really expensive to hire unskilled labor and to prevent the existence of cheap, affordable housing for people down on their luck. I go for a walk most mornings around my swank liberal neighborhood, and the guys working on housing construction are all Hispanic. No poor whites; no blacks. What’s that all about, sports fans?

Unaffordable Housing. Oh please. At this late date you are branding yourself as a delta-minus moron if you don’t understand why housing is unaffordable, from 85 years of Fannie and Freddie dishing out low-down fixed-rate mortgages, to liberal domination of zoning and building standards, to endless inflation. And the post 2008 zero-interest-rate policy has pumped trillions into stocks and real-estate.

If it weren’t for the fact that La La Land is a perfectly respectable movie, I would make a comment here about the cloud-cuckoo land inhabited by our liberal friends.

Back in Realityville, I am reading Francis Fukuyama’s The Origins of Political Order. He starts out with a disquisition on Big Man village politics in Papua New Guinea. The Big Man is the one who has

earned the community’s trust, usually on the basis of his ability to distribute pigs, shell money, and other resources to members of the tribe.

You can already imagine the statement by his grandson, noted author Francis Fukuyama III, writing in the early 22nd century.

“The 21st century elected politician got elected on the basis of his promises to distribute government benefits and pensions to the voters, and carve-outs to the special interests.”

Now, some experts believe that the political distribution of goods and services is a net drag on the economy and the prosperity of ordinary people. Such experts are not, of course, often in the pay of the ruling class. The very idea!