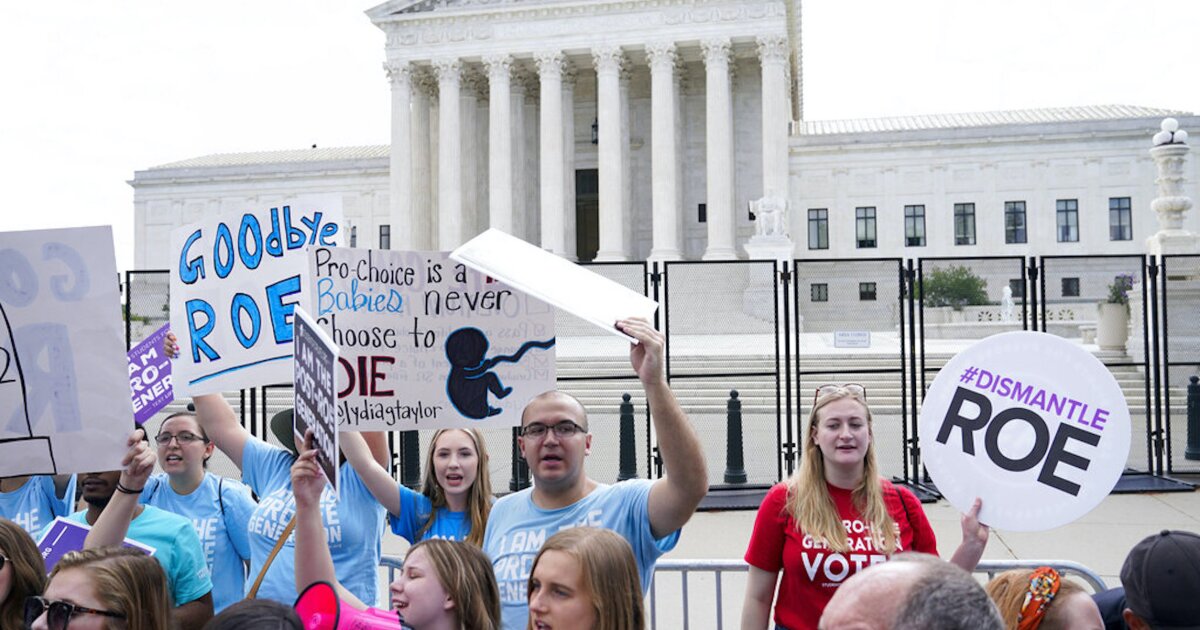 The future of abortion access in Washington, D.C., is uncertain given the district is subject to federal oversight.

The future of abortion access in Washington, D.C., is uncertain given the district is subject to federal oversight.

Abortion is currently legal during all phases of pregnancy in the predominantly liberal city. However, because it is not an autonomous state, Congress has final say over its laws, meaning a Republican-led Congress could legally block access to abortions in the district. While abortion is legal in Washington regardless of residency status, Congress already blocks using city funds or Medicaid to fund abortions for low-income residents, according to Axios.

City officials, including D.C. Attorney General Karl Racine, said they would fight to keep abortion legal in the district.

“My office will do everything in our power to fiercely defend and strengthen the right to abortion in the District so that everyone can create their family how and when they choose,” Racine, whose term will end in November, tweeted Friday.

The district is a safe haven for abortions, meaning people can travel from states where abortion is restricted and receive the procedure legally. Minors are also able to have abortions in the district without approval from parents or guardians, according to the local chapter of the American Civil Liberties Union.

Other city leaders lamented the decision on Friday, with Mayor Muriel Bowser noting the ruling has given a new sense of urgency for the district if Republicans gain control of Congress after the midterm elections.

“Washington, DC is a proud pro-choice city and access to abortion is still legal here,” Bowser tweeted. “This is about health care. This is about women’s rights. This is about bodily autonomy. A majority of Americans believe in a woman’s right to choose. This fight is urgent but not over.”

Rep. Eleanor Holmes Norton, who represents the district in the House of Representatives as a nonvoting member, called on Congress to protect abortion in federal law and renewed her pleas for statehood, arguing the city should have control over its own laws.

“I am outraged by the Supreme Court’s decision today,” Norton said in a statement following the ruling. “Congress must immediately codify the right to abortion in federal law. The decision is also a reminder to the country that D.C.’s lack of statehood means D.C. is subject to the whims of Congress. Republicans have repeatedly used D.C. to try to impose policies they cannot or do not have the support to impose nationally. A future Republican Congress may try to ban abortion in D.C., thinking they can get away with it because it would only apply to D.C. residents. They are wrong. We will never allow that to happen.”

On Friday, the Supreme Court overturned the 1973 ruling in Roe v. Wade and the 1992 finding in Casey v. Planned Parenthood, prompting a flurry of reactions across the country. A first draft of the majority opinion was leaked last month.