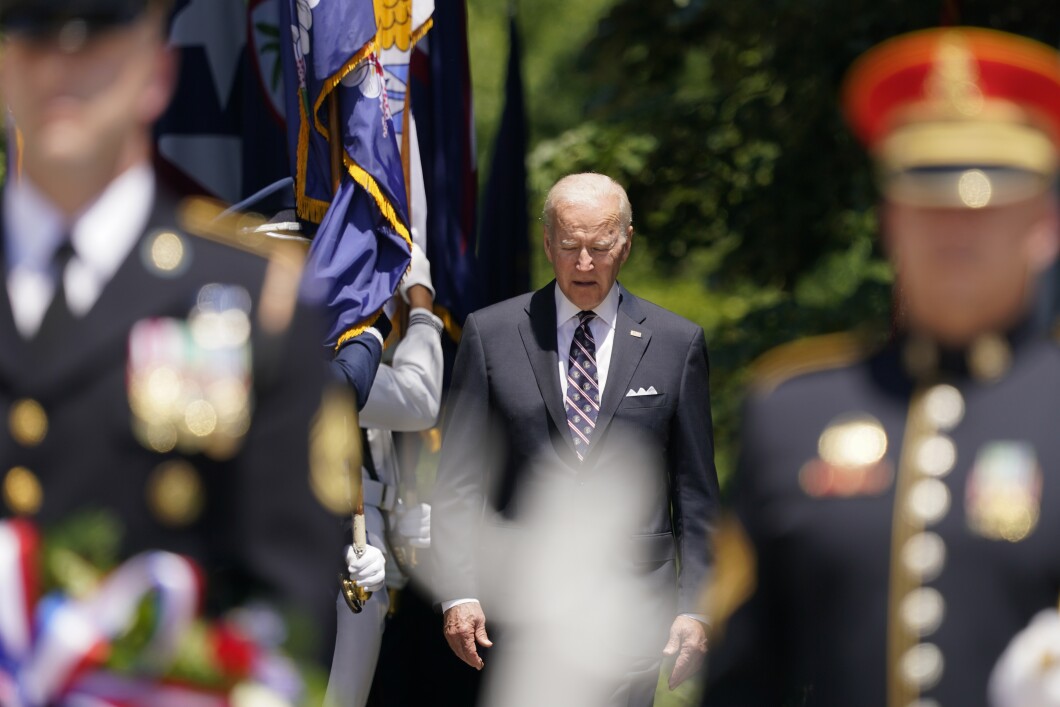 President Joe Biden addressed the nation in a Memorial Day speech Monday from Arlington National Cemetery in Arlington, Virginia, highlighting the important sacrifice members of the armed services have made for their country.

President Joe Biden addressed the nation in a Memorial Day speech Monday from Arlington National Cemetery in Arlington, Virginia, highlighting the important sacrifice members of the armed services have made for their country.

In his address, Biden spoke of how on this day, “pain and pride are mixed together,” offering a personal touch as he reflected on what it was like to lose his son, Beau Biden, a veteran of the Iraq War who died from brain cancer at the age of 46 exactly seven years ago in 2015. He and his wife, Jill Biden, visited Beau Biden’s gravesite in Delaware earlier in the day.

“I see him not as it was the last time I held his hand, but as the day I pinned his bars on him as a second lieutenant,” Biden said. “I see him down at the Delaware Memorial Bridge, when hugging all the Gold Star families. Days like this bring back before your eyes their smile and their laugh. The last conversation you had, each of you know it. The hurt can be overwhelming.”

Biden added that people can find solace in the idea that their loved ones gave their lives for something bigger than themselves.

“They chose a life of purpose. They had a mission, and above all, they believed in duty. They believed in honor and in our country, and still today we are free because they were brave,” Biden said. “We live by the light and flame of liberty that they kept burning. So part of them is still with us no matter how long ago we lost them.”

Biden also spoke about the loss of more than 7,000 soldiers in the 20 years of war in Afghanistan and Iraq, vowing never to forget the families who lost a loved one.

“We’ll never fail in our duty to remember their lives. They bought our freedom. And so with our lives, we must always live up to their example,” Biden said. “Putting service before self, caring for our neighbors as ourselves, working fervently to bring our union yes that much closer to fulfilling the founding creed.”

Biden called on Congress to pass bipartisan legislation, including a bill that promises health benefits and services to veterans wounded by toxic exposure to chemicals on the battlefield.

The Bidens were joined by Vice President Kamala Harris, second gentleman Doug Emhoff, the defense secretary, and the chairman of the Joint Chiefs of Staff. They also participated in a wreath-laying ceremony at the Tomb of the Unknown Soldier at Arlington National Cemetery.