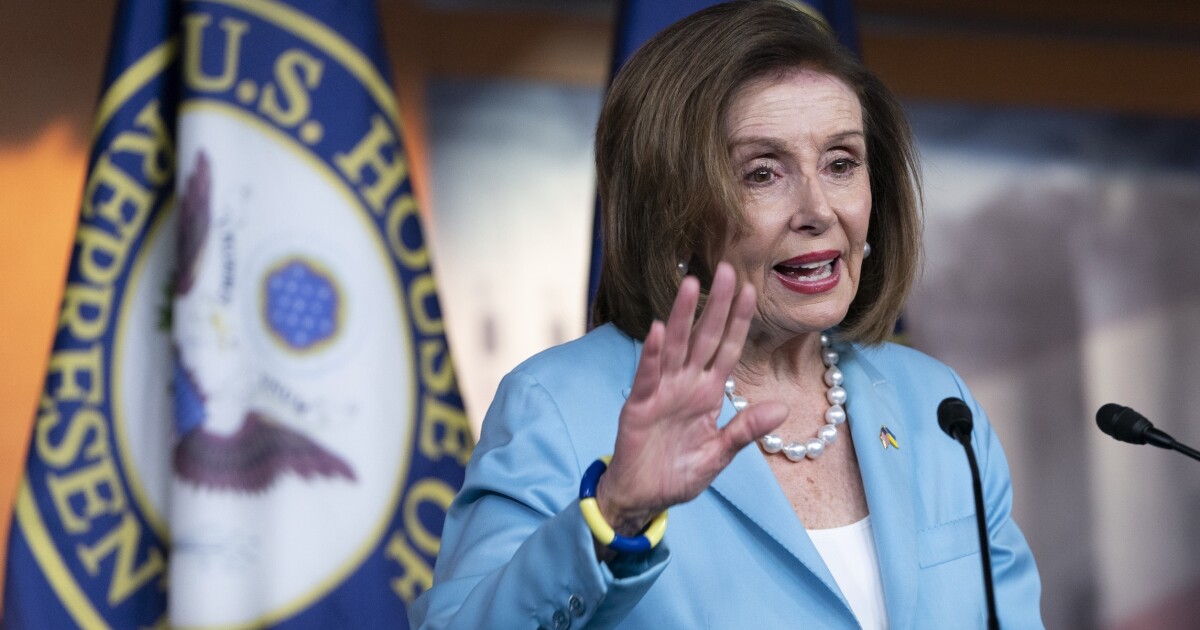 Speaker of the House Nancy Pelosi is staying out of a dramatic intraparty situation developing with New York's redistricting map that would force several Democratic members to compete against each other for reelection.

Speaker of the House Nancy Pelosi is staying out of a dramatic intraparty situation developing with New York’s redistricting map that would force several Democratic members to compete against each other for reelection.

Pelosi praised Rep. Sean Patrick Maloney, one of the members who may be forced into a battle with a progressive colleague, for his work as chairman of the Democratic Congressional Campaign Committee, but she said it was an in-state situation that does not bear on the Democratic Party as a whole.

“I’m not getting involved in the politics of New York redistricting,” Pelosi said at a Thursday press conference. “He, as well as other members of the New York delegation, said they were going to run in districts where their home is. They’ll find out what district that is on Friday when the announcement is made.”

As DCCC chairman, Maloney is tasked with securing victory for as many Democratic congressional candidates as possible. When asked if the fact that he will have to primary one of his colleagues while in this role is a problem for the party, Pelosi said, “Not at all.”

“We have a great chairman of the DCCC,” she said, adding, “He has worked very hard. I’m very proud of the work that he’s done. He is elected by the members. He’s not appointed by the speaker.”

Maloney previously announced that he would run in the redrawn 17th Congressional District where his home now falls, instead of the 18th District that he currently represents. This means Rep. Mondaire Jones, a member of the Congressional Black Caucus, will have to decide if he will run against Maloney in the 18th District that he currently represents or against fellow caucus member Rep. Jamaal Bowman in the 16th District, where his home will fall if the map is approved.

This dilemma has enraged some Democratic members, including Rep. Alexandria Ocasio-Cortez (D-NY), who said Thursday she would demand Maloney to resign from the DCCC if he ends up primarying another incumbent.

“I’m running again, and the voters can figure everything else out,” Maloney said Tuesday. “If the point is I should move my home where my kids grew up to run in a different district and so that someone else can move into it, I guess I don’t understand that.”