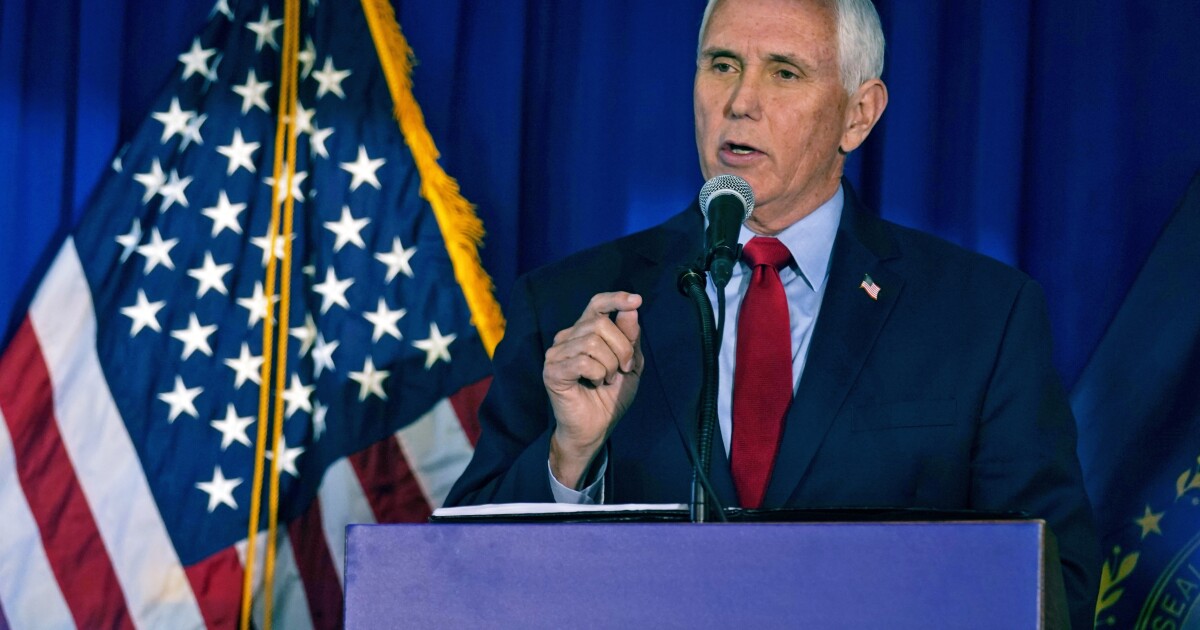 On the eve of the Jan. 6 riot, Marc Short, the chief of staff to then-Vice President Mike Pence, was reportedly sounding the alarm to the Secret Service about threats to his boss.

On the eve of the Jan. 6 riot, Marc Short, the chief of staff to then-Vice President Mike Pence, was reportedly sounding the alarm to the Secret Service about threats to his boss.

He summoned Secret Service agent Tim Giebels to his office on Jan. 5, 2021, and warned that then-President Donald Trump was poised to castigate Pence publicly over his reticence to quash the looming 2020 election certification in Congress and cautioned that this posed heightened security concerns to Pence, who as vice president was to preside over the proceedings, according to the New York Times.

Short did not have a specific threat in mind but was worried rankled supporters of Trump might lash out at Pence as tensions over the election fomented by the then-president simmered across the country, according to the report. Much to the chagrin of Trump, Pence signaled his intent to buck Trump’s wishes that he “decertify” the election, stressing he did not have the constitutional authority to do so.

Supporters of Trump were poised for a rally the next day on the Ellipse near the White House, and Trump was expected to bewail the election results. Jan. 6, 2021, was widely perceived among Trump’s inner orbit as his last chance to forestall Joe Biden’s ascension to the White House. The new revelation makes it clear that some White House officials anticipated some security threats before the storming of the Capitol took place. It is unclear what actions the Secret Service took following Short’s warning, the report said.

On the day of Jan. 6, after the rally, thousands of Trump supporters converged on Capitol Hill, some of whom chanted “Hang Mike Pence” and came within a minute of reaching the vice president when rioters burst through the halls of Congress. Pence was rushed to an underground loading dock as the rioters paraded through the Capitol building, according to the Secret Service. Trump reacted approvingly to reports that protesters were directing fiery chants against the vice president, a witness told the House select committee investigating the Jan. 6 Capitol riot.

Trump tweeted Pence lacked the “courage to do what should have been done to protect our country and our Constitution.” Pence has defended his actions, underscoring he lacked the power to overturn the election.

Allies of Pence first learned about the president’s ruminations about entrusting Pence to decertify the election just a few weeks after Trump lost to Biden, according to the report. The then-vice president requested his general counsel research the legality of such a plan, and he released a letter to Congress before lawmakers met to certify Biden’s victory that he would not reject the election results.

Details about the security concerns over Pence came from reporting for New York Times reporter Maggie Haberman’s upcoming book, Confidence Man: The Making of Donald Trump and the Breaking of America, slated for release in October. Short was asked about the discussion with Secret Service on Jan. 5, 2021, during his appearance before the Jan. 6 committee, according to the report.