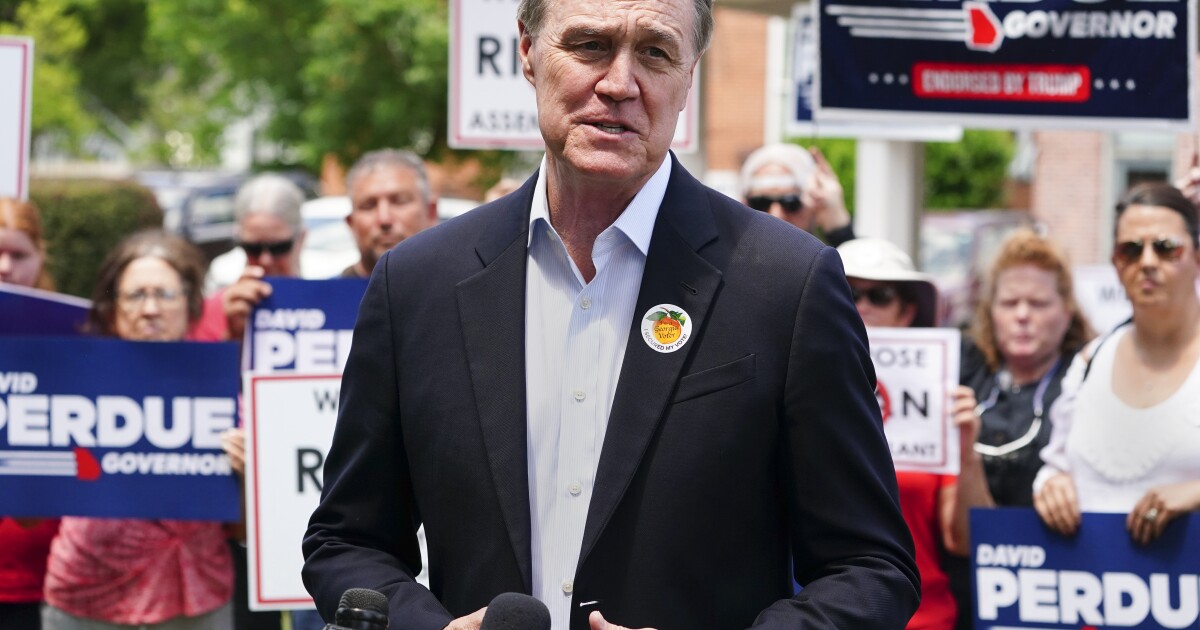 A judge in Georgia dismissed former Sen. David Perdue's (R-GA) lawsuit Wednesday, claiming his allegations of fraudulent ballots being counted in the 2020 general election were "conjecture" and "paranoia."

A judge in Georgia dismissed former Sen. David Perdue’s (R-GA) lawsuit Wednesday, claiming his allegations of fraudulent ballots being counted in the 2020 general election were “conjecture” and “paranoia.”

Perdue filed his lawsuit jointly with a voter in the Fulton County Superior Court in December, days after announcing his bid for Georgia governor. The lawsuit asked Fulton County Superior Court Judge Robert McBurney to declare that county officials violated the rights of both plaintiffs and to allow his team to examine the absentee ballots to prove election fraud existed in the county.

In his dismissal of the case, McBurney said Perdue’s request was full of “speculation, conjecture and paranoia — sufficient fodder for talk shows, op-ed pieces and social media platforms, but far short of what would legally justify a court taking such action,” according to the Atlanta Journal-Constitution.

In the lawsuit, Perdue and Georgia voter Elizabeth Grace Lennon claimed that their constitutional rights to due process and equal protection were violated when batches of ballots in the general election were allegedly scanned multiple times. It also claimed thousands of unlawful counterfeit absentee ballots were counted and certified. Perdue argues that the counterfeit ballots forced him to face Sen. Jon Ossoff (D-GA) in a runoff election, which he then lost. Lennon claimed her rights were violated when she attempted to vote early in person in October 2020 but was told a mail-in ballot had already been submitted in her name.

McBurney responded that the suit was not actually about the harm to both filers, but about election fraud in Fulton County as a whole, despite an investigation into the allegations that was conducted by the state’s secretary of state’s office. Allegations of voter fraud across multiple states dominated the national conversation following former President Donald Trump’s loss in the presidential election.

Perdue said he will be appealing the decision, and he called the ruling “another example of how the establishment continues to cover up what happened in 2020.”

Perdue will be facing incumbent Gov. Brian Kemp in the Republican primary race for governor on May 24. Kemp is currently leading in the polls.