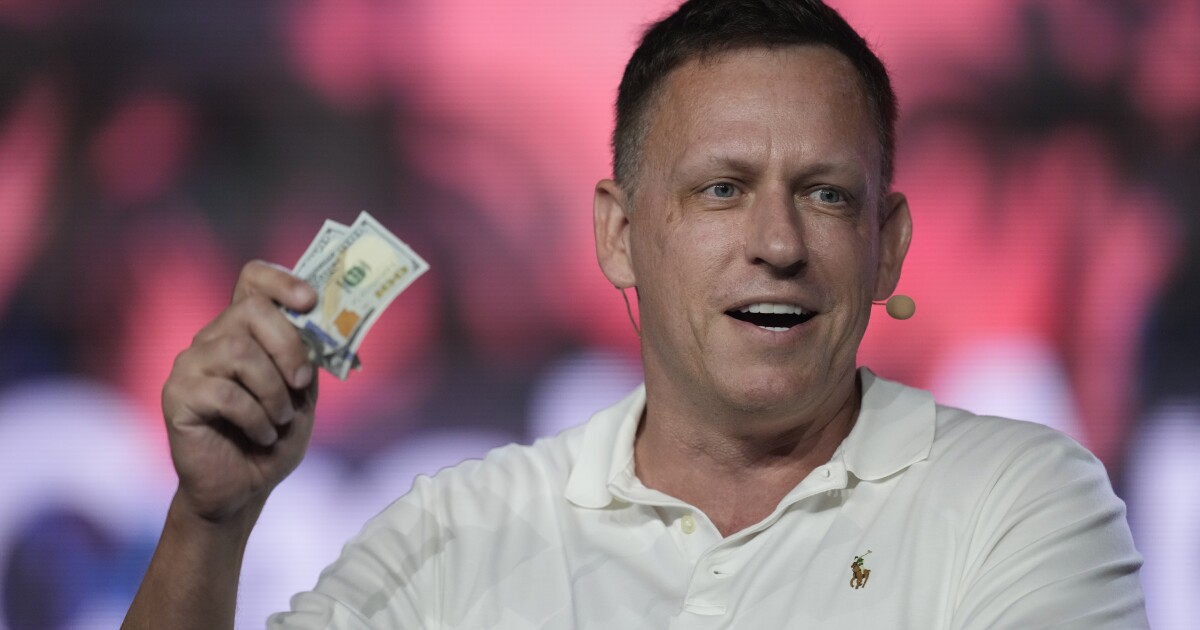 Thiel has hinted to allies that he views Ohio Senate candidate J.D. Vance’s race as “done” and is encouraging his fundraising allies to focus on buoying Masters across the “finish line” as the GOP hopeful lags behind his Democratic rival in most polling.

“That [Ohio Senate] race is done in my mind,” Thiel told guests at a recent fundraiser, per CNBC. “We just have to get Blake over the finish line.”

Both Senate races could help determine the balance of power in the evenly split Senate after the midterm elections. Vance is edging out Rep. Tim Ryan (D) by 1.3 percentage points in the latest RealClearPolitics polling aggregate.

The two campaigns have proven quite expensive, with roughly $100 million estimated spending in the Ohio Senate battle and as much as $120 million spent in Arizona, according to CNBC. During the fundraiser at his $5 million home in California, Thiel was tight-lipped about whether he plans to open his pocketbook to help bolster Masters, according to the report.

Tickets for the event reportedly ranged from $1,500 to $11,600 a couple. Thiel headlined the fundraiser at a time when reports swirled about tensions between him and Senate Minority Leader Mitch McConnell (R-KY).

McConnell has sought additional assistance from Thiel to help candidates such as Masters and Vance that he backed in the primary, but Thiel has been reticent to open up his coffers, the Washington Post reported.

But Thiel is reportedly apprehensive about throwing money in general election confrontations between Republicans and Democrats, preferring to shape the GOP from within the primary process. The GOP Senate campaign arm has reportedly suffered a money crunch over recent weeks due to early spending.