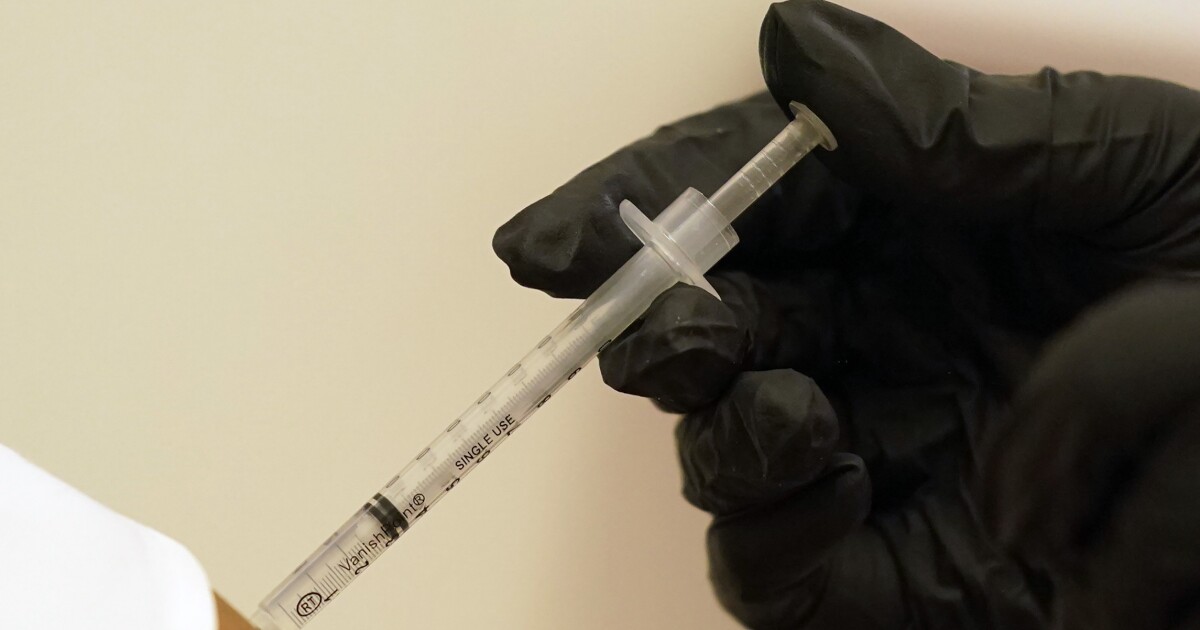 The COVID-19 vaccine-maker Pfizer-BioNTech said Monday that its three-dose vaccine was about 80% effective in preventing symptomatic infection in children under 5, meaning shots for the youngest population could come within weeks.

The COVID-19 vaccine-maker Pfizer-BioNTech said Monday that its three-dose vaccine was about 80% effective in preventing symptomatic infection in children under 5, meaning shots for the youngest population could come within weeks.

The companies jointly announced that the vaccine elicited a robust immune response and was deemed safe in a trial of nearly 1,700 children 6 months to 5 years old. With the latest clinical trial results gathered, the companies can complete their application for expanded emergency use authorization from federal regulators.

“We are pleased that our formulation for the youngest children, which we carefully selected to be one-tenth of the dose strength for adults, was well tolerated and produced a strong immune response,” said Pfizer CEO Albert Bourla.

The third round of the Pfizer-BioNTech shots was administered to test subjects during the height of the omicron wave, which rendered vaccines overall less effective. Pfizer-BioNTech had expected a third dose to be necessary in order for the vaccine to prevent symptomatic illness effectively due to the omicron variant in children under 5. In February, the companies announced they would pause their emergency use application, choosing to apply for a three-dose vaccine given lackluster efficacy results after two shots. The Food and Drug Administration’s move to begin consideration of the application without data on three doses was a controversial one.

Each dose of the pediatric vaccine is a tenth of what adults receive. The efficacy rate is preliminary and based on 10 symptomatic cases in the study population as of the end of April, but a more complete analysis will be performed once 21 cases are confirmed.

“These topline safety, immunogenicity and efficacy data are encouraging, and we look forward to soon completing our submissions to regulators globally with the hope of making this vaccine available to younger children as quickly as possible, subject to regulatory authorization,” Bourla said.

The FDA’s vaccine advisory group, the Vaccines and Related Biological Products Advisory Committee, will meet three times in June to consider Pfizer-BioNTech’s application, as well as Moderna’s. Moderna has already completed its application, though its vaccine requires two doses and would be administered to children 6 months old up to 6 years.

Parents keen to vaccinate the youngest children, the only remaining population still ineligible for vaccines, will likely receive good news by the end of June. The vaccinations will prove crucial come fall when cases are expected to tick up more steeply and children are returning to classrooms in person without masks.

Still, children are far less likely than older adults to get seriously ill due to COVID-19. Child deaths due to COVID-19 remain remarkably low compared to adults. While older adults were prioritized in the early vaccine rollout, children’s vaccinations were considered later. Most countries still do not offer vaccines to children. The few exceptions are countries such as China, Bahrain, and Chile, which rely on the Chinese-developed vaccines.

Vaccine uptake among children 11 and up as well as the more than two years of exposure to the virus has granted young people some measure of immunity. Federal data shows that 74% of adolescents 12 to 17 have antibodies, while that rate is even higher in children 11 and younger at more than 75%. The presence of antibodies in the blood in young people under 18 skyrocketed from December 2021 through February 2022, indicating greater protection against the highly transmissible variant that has proven able to evade vaccine protection.