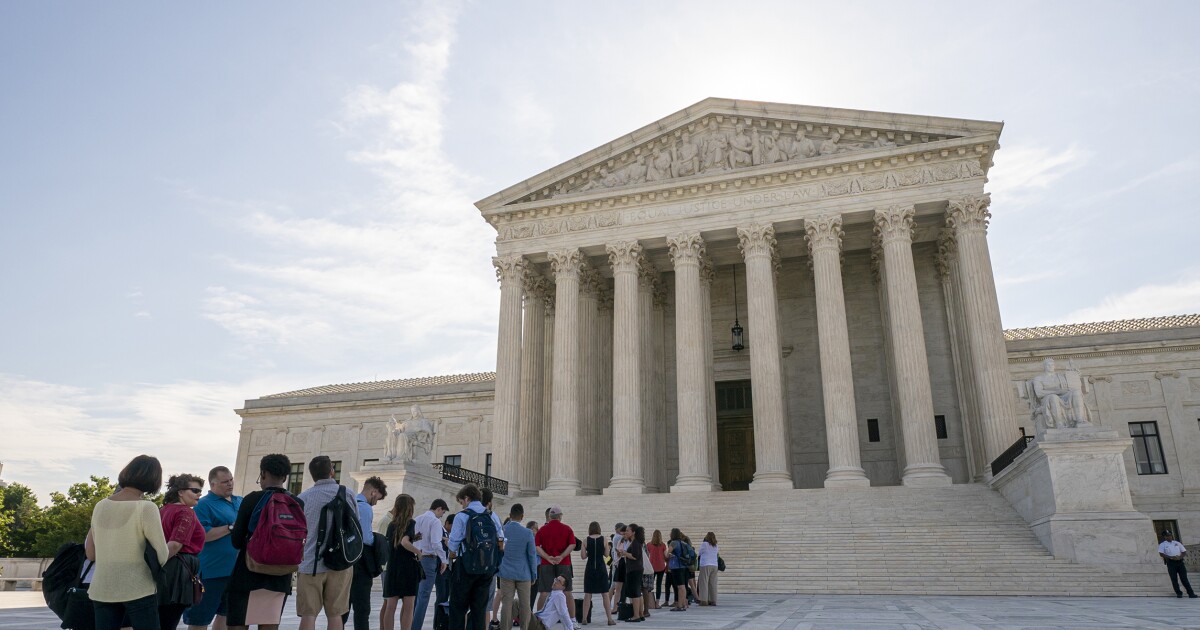 EXCLUSIVE — A new poll has found that if the Supreme Court overturns Roe v. Wade, it “will likely have only a modest impact, if any” on the midterm elections, even though the leak of Justice Samuel Alito's abortion opinion sent shock waves through Washington.

EXCLUSIVE — A new poll has found that if the Supreme Court overturns Roe v. Wade, it “will likely have only a modest impact, if any” on the midterm elections, even though the leak of Justice Samuel Alito’s abortion opinion sent shock waves through Washington.

While Democratic strategists have argued that abortion policy will play a central role in the election and top lawmakers in the party have been vocal in their calls for voters to rally against Republicans in November over the issue, the survey, prepared for the America First Policy Institute by RMG Research Group and obtained by the Washington Examiner on Monday, discovered that “issues such as inflation, immigration, crime, the war in Ukraine” are expected to have more of an impact in driving people to the ballot box.

The survey found that there is some uncertainty with voters over what overturning Roe would do, with 41% stating they thought it would completely outlaw abortion, 36% saying they weren’t sure what it would mean, and 22% having “some understanding” of what overturning the decision would mean.

“The conventional wisdom is based on years of polling, showing that a solid majority of voters oppose overturning that 1973 ruling. My own polling shows the same results. However, any poll asking whether voters want to overturn Roe is meaningless. Seventy-seven percent of voters don’t know what overturning that decision would mean. If people don’t understand what overturning Roe would mean, how can you possibly interpret polling data showing that people don’t want it overturned?” it continues.

As election season begins to heat up, the findings show that Republicans currently have a 10-point advantage over Democrats — with the parties polling at 53% to 43%, respectively — among individuals who said they will “definitely vote” next fall. The poll also found that “while modest,” the issue of abortion could potentially give the GOP an edge in swing seats, adding that its findings indicate that “most voters will be okay with overturning Roe.”

“With Roe in place, the abortion laws are set by judges. Sixty-five percent of voters think abortion laws should be established by voters and their elected representatives. That’s exactly what will happen if Roe is overturned. Just [18%] prefer the status quo,” the memo continues, adding that those in support of outlawing most abortions were more likely to vote in November.

As Senate Democratic leaders gear up to bring a bill solidifying abortion rights Wednesday, the poll found that certain provisions that go beyond codifying Roe were not popular with voters.

The memo adds that 73% of those polled “agree that there are two lives to consider” and suggested that most voters were not supportive of legalized abortion up until birth, according to its findings.

“It is worth noting that those who support abortion at any point until birth do not recognize where public opinion stands,” the polling memo says. “A solid majority of them believe that most voters support late term abortions.”

The poll was conducted following the leak using several Counterpolling surveys of registered voters online by Scott Rasmussen and leaves a margin of error of plus or minus 2.8 percentage points.