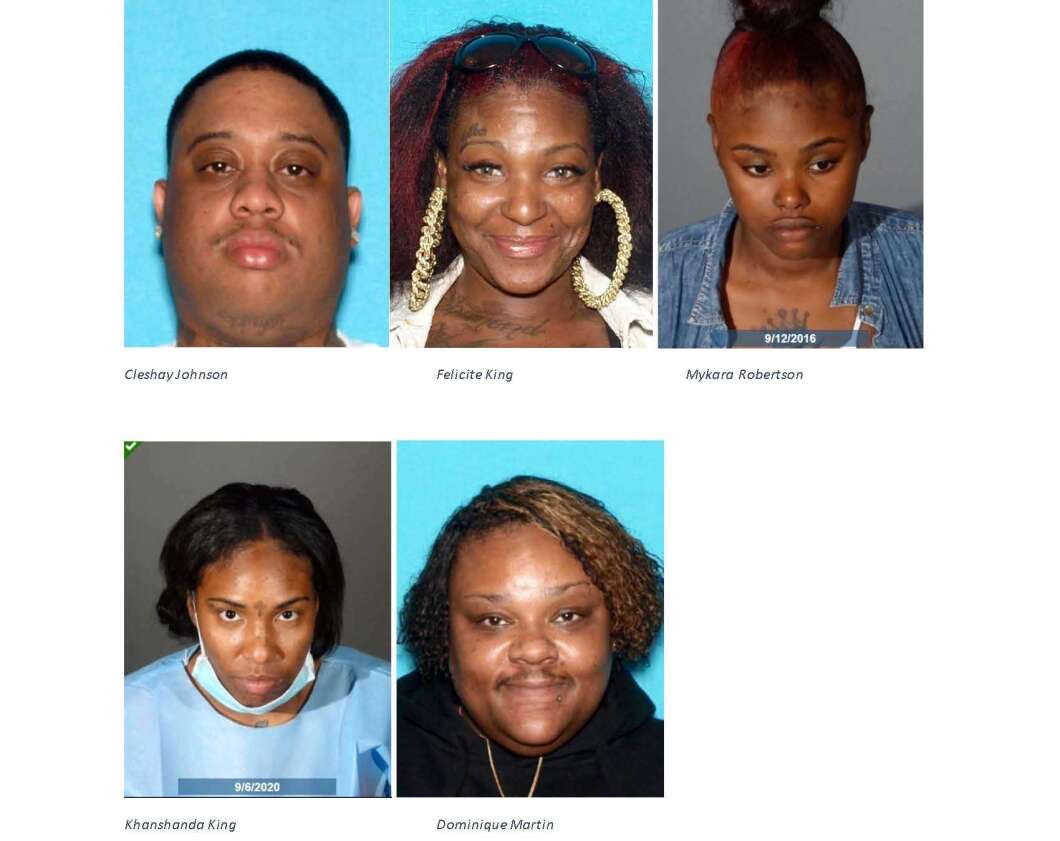 Thirteen members of a California prison-based bank fraud ring allegedly stole more than $2 million in unemployment benefits using the identities of inmates and visitors, according to a federal indictment unsealed Tuesday.

Thirteen members of a California prison-based bank fraud ring allegedly stole more than $2 million in unemployment benefits using the identities of inmates and visitors, according to a federal indictment unsealed Tuesday.

An employee of the California Department of Corrections and Rehabilitation was also implicated in the scheme by an informant who said the person provided names, birth dates, and Social Security numbers to the defendants, who then obtained debit cards with that information.

“The defendants and their co-conspirators assumed the victims’ identities and provided materially false information to [the state], including that the victims were unemployed as a direct result of the COVID-19 pandemic,” a Homeland Security agent wrote in an affidavit.

Most of the crimes occurred in 2020. The charges include 31 counts of conspiracy to commit wire and bank fraud and 150 other lesser fraud counts. Six defendants have not been located, and the remainder were arrested Wednesday or were already in custody.

The two ringleaders were Natalie Le Demola, 37, currently serving a life sentence for a first-degree murder conviction in 2005, and Carleisha Plummer, 32, who was paroled in 2020 because she was pregnant, the affidavit says.

Demola would sometimes convince other inmates to divulge personal information, with promises of payouts totaling at least $6,000.

Even though prison inmates are not allowed to collect unemployment, the funds were paid and the bank cards were sent to outside mailboxes. Inmates said they did not receive any of the promised funds.

The plot unraveled Sept. 6, 2020, when two of the other defendants were driving without a front license plate on the wrong side of a Los Angeles-area street. Police pulled over the car, but the driver couldn’t produce a valid license. The passenger had a Xerox copy of an ID card and said he was on probation for attempted murder.

This led to a search of the car, where police found designer purses containing a total of $36,000 along with a ledger listing the personal information of 96 people. A hotel receipt was also found, and when police searched the defendants’ room, more funds were discovered along with a polymer ghost gun and an empty 17-round magazine.

Federal agents solidified their case by listening to tapes of prison phone calls, interviewing inmate “victims” who admitted to the scheme, and obtaining ATM photographs of where the funds were withdrawn.

The affidavit does not state what happened to the prison official who ran 711 inmate and visitor profiles used in the theft. The employee was supposed to receive a 50% kickback for providing the information, the affidavit said.