Pro-Abortion Leftists Go All In on Eugenics – American Thinker<!—->

On the legal front, it appears that Roe v. Wade may soon suffer a calamitous defeat.  But its defenders continue to insist that Roe remains popular with the American people because they have already won American hearts and minds about the moral necessity for women to have the ability to “choose” to kill their unborn child in the womb.

In reality, they haven’t been faring any better in that regard.  Outside a small handful of the bluest states, which seem bent on enshrining a protection for a mother to kill her child up to the point of birth (and sometimes beyond the point of birth), many states are legislating stricter limits on abortion.

This is an understandable outcome.  Roe has made the abortion issue a centerpiece of national debate, and that has magnified the easily understandable scientific and moral truths that contradict what the pro-abortion advocates have been selling for many decades.

The first unavoidable truth is that a child in his mother’s womb is a living human being.  A child in a mother’s womb is nourished, moves, and grows.  The child is, therefore, certainly alive in a scientific sense.  That living creature is not, we know, a tree, a dog, or a chimpanzee.  The child is a living human being, with human DNA that is unique only to that one human child, and no other human child on the planet before him.

This is a fact, and on this point, no serious person could disagree.  This introduces the ethical question about taking that child’s life while in the womb.  Even Margaret Sanger, the early-twentieth-century eugenicist who is often cited as a founder of Planned Parenthood, recognized the moral truth that contraception was always preferable to abortion because “no matter how early [the abortion] was performed, it was taking a life.”

Considering that the humanity of unborn children is a given, the vast majority of Americans feels that there should certainly be some limitations as to when, why, and how unborn children are killed by mothers and their doctors.  Thus, the unabashedly radical disposition of pro-abortion advocates today is met with a near-universal disgust by Americans.

Roughly twenty-percent — arguably a fringe element — of Americans support elective abortion in the third trimester or up to the point of birth.  The idea is not only undesirable, but repulsive to the vast majority of Americans.  Even the staunchest pro-abortion ideologues have difficulty defending their wicked propositions about killing children up to the point of birth.  For example, House Representative Mike Johnson (R-La.) recently asked a simple question to Aimee Arrambide, who is the executive director of the abortion “rights” group Avow Texas.

“What is the principal distinction,” Johnson queried, “between the human being that is two years old, or nine years old, or one week old, or an hour old and one that is eight inches further up the birth canal?”

Obviously flummoxed, this abortion cultist responded, “I trust people to determine what to do with their own bodies — full stop.”

But surely, we can find a compromise to limit abortion in America, can’t we?  After all, a compromise involving more restrictions on abortion should be possible in a nation that already has among the least restrictive abortion policies in the entire world, which was amusingly news to formerly left-wing but nowadays kinda-right-leaning comedian Bill Maher.

“If you are pro-choice,” Maher told his audience (who were assuredly as surprised as he was), “the modern countries of Europe are way more restrictive than we are. … If you are pro-choice, you’d like it a lot less in Germany, and Italy, and France, and Spain, and Switzerland.  Did you know that?  I didn’t know that.”

The left abandoned whatever limiting principles had previously won it ground in the political debate around abortion, and public opinion is fast turning against it.  The politically measured suggestion from my teenage years that abortion should be “safe, legal, and rare” has given way to public campaigns demanding that women proudly “Shout Your Abortion!”  Some women have even gone so far as to publicly celebrate the special occasion with cake.

Naturally, many Americans started tuning out these horrific suggestions, and turning against those making them.  In their desperation to remain broadly relevant, abortion advocates have returned to the same disgusting social engineering philosophy that drove the early-twentieth-century eugenics movement.

It’s unfair, perhaps, to morally paint Margaret Sanger alongside today’s abortion cultists in terms of depravity, as it’s hard to imagine that she would have supported the butchering of a fully developed child in utero.  But the ideological delusion she suffered from is precisely the same.

Abortion proponents are again suggesting, as Sanger and her fellow eugenicists did a hundred years ago, that if we don’t allow poor mothers, and mothers who may be likely to have disabled kids, to kill their unborn children, then those children will grow up poor and needing government assistance, only to later become poor themselves and economic and social burdens to society.

In terms of Democrat party talking points, it’s no secret that black Americans are singled out as demographically poor, and that black women have abortions at significantly higher rates than other American women.  In Democrat stump-speak, the words “poor” and “black” are practically synonyms.  If you don’t believe that, recall Joe Biden’s recent Freudian slip, suggesting that “poor kids are just as bright and just as talented as white kids.”  In the Democrat party’s pro-abortion calculation, we have a moral imperative to ensure that black mothers in black neighborhoods have ample access to abortion so they may snuff out their black children before being born and becoming burdens that are too much for their parents or productive society to bear.

If you think any of this an unfair portrait of the progressive vision, consider the testimony of our current secretary of the Treasury, Janet Yellen, who just recently elucidated this racial component of the pro-abortion agenda in response to Senator Tim Scott of South Carolina, before she was leveled by his response:

Yellen: In many cases, abortions are of teenage women, particularly low-income and often Black, who aren’t in a position to care for children, have unexpected pregnancies, and it deprives them of the ability often to continue their education to later participate in the work force. … And it means that children will grow up in poverty and do worse themselves.

Scott: I’ll just simply say, as a guy raised by a Black woman in abject poverty, I am thankful to be here as a United States senator.

These are American ideas, of course.  An individual has potential and value granted by God, and has a natural right to life which is to be protected.  That value is not determined, and that right cannot be revoked, by a government bureaucracy that sees in that individual no potential value to the collective, or even by a mother and her doctor who see that child as a burden in her life.

If you refuse to believe these simple, moral truths about humanity, then you are free to move to North Korea, China, or to the state of New York, where the abortion allowances may all be quite similar even after the overturning of Roe v. Wade.  As for the rest of us living outside the radical abortion-loving fringe, the overturning of Roe v. Wade, and the path away from radical abortion policy, is nothing less than the healing of our national soul. 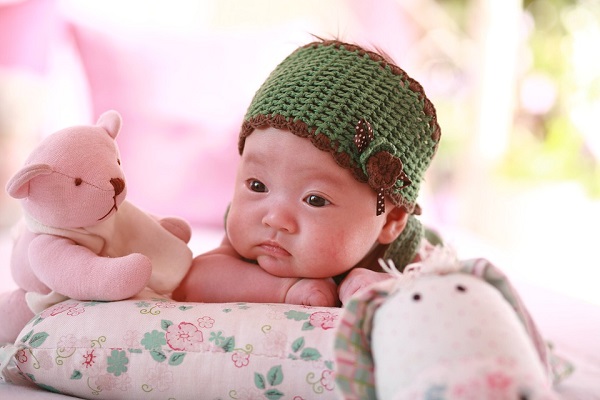