The dilapidating state of our culture, institutions, and politics (the order is deliberate) have been decades in the making.  Blame Boomers — the culture definers among them — for getting the ball rolling downhill in the highly romanticized lied about 1960s.  They spawned the decadent counterculture, which set in motion every society-rotting development we’re grappling with today.  Bill and Hillary Clinton are the aging avatars of counterculture radicals who turned into establishment exploiters.

Real Clear Politics’ average for “Direction of Country” polls is currently an eye-popping wrong track, 70.7%, while right direction stands at a paltry 22.4%.  Other than D.C. lifers, welfare moochers, and people wanting their college debt loans erased, who are these 22%?  And who, this side of lobotomies, is the smaller percentage of “not sure?”

America’s accelerating tumbling is the handiwork of a corrupt, ideologically driven, incompetent — dare say, venal — elite.  Don’t doubt that most of the incompetence stems from an irreparably flawed leftist worldview and age-old, mind-twisting power- and money-lust.

A calamitous, destructive, painful descent is happening before our eyes.  We’re witnesses to history — but the imperative is to be actors against what we’re witnessing.  Winning elections, though critical, won’t alone fix things.  The culture needs to be retaken.  Institutions need to be recaptured — or routes around them created.

The attack on American Civilization is multi-fronted.  Progressivism — an Orwellian inversion if there ever was one – is reminiscent of the classic TV show, The Twilight Zone.  In the show’s opening title, Rod Serling would say, in part, about the world of imagination that viewers were to enter: “It is the middle ground between light and shadow, between science and superstition, and it lies between the pit of man’s fears and the summit of his knowledge.”

That’s where America is now, between light and shadow.  But there’s nothing imaginary about America’s degradation.  Despite the propagandists’ efforts to gaslight us, we see, touch, smell, taste, and hear ruin.  It intrudes upon us.

Climb any summit and take a look.  What you’ll see is a path this nation is being dragged down by the most dissolute concentration of human beings ever produced on these shores… a route that at its terminus is the “pit of man’s fears.”  That pit is where they’ll dump us, unless we defeat these terrible people.

America’s troubles aren’t from “We the People.”  We the People are decent, law-abiding folk.  We’re working jobs and raising our kids.  We’re good neighbors.  We play between the lines, as they say.

We’re being crushed, increasingly daily.  Inflation climbs, while energy shortfalls cause gas and grocery store prices to soar, stretching family budgets.  How far off is the breaking point for tens of millions of people living paycheck-to-paycheck?  Biden just shrugs and blathers.

The U.S.-Mexico border – what border, you say?  What’s replaced the southern border is a Biden-created superhighway for illegals and gangbangers.  Fentanyl, meth, and other poisons ride that highway with ease.  Drug overdoses killed 107,000 Americans in 2021.  What will the grim tally be this year?

Crime grows worse and keeps spreading.  How about the mass shootings in Philly, Chattanooga, and other cities last weekend?  Yet, Democrats neuter cops and their DAs protect thugs. 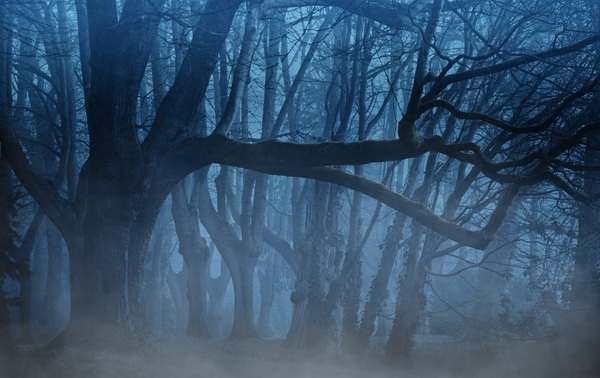 Is an ominous, long, hot summer in the offing?  The Department of Homeland Security warns “yes.”  But do we trust Biden’s DHS?

“Threat actors have recently mobilized to violence due to factors such as personal grievances, reactions to current events, and adherence to violent extremist ideologies, including racially or ethnically motivated or anti-government/anti-authority violent extremism,” DHS said. [Italics added]

Is DHS hinting that hordes of white supremacists and American First patriots will cause mayhem in an election year?  Curiously coincidental, no?  Or is DHS suggesting that Antifa and BLM will take to city streets again, as they did in 2020, instigating worse violence and destruction?  Ah, but DHS is too partisan and woke to suggest that.

And those “nation state adversaries?”  Doesn’t that stink of “Russia, Russia, Russia?”  Are we being set up for false-flag events?

Thanks to our scheming, corrupt elites, we can no longer take what any federal government department or agency says at face value.  Ask Peter Navarro about the gross injustice of Biden’s Justice Department.  Michael Sussman walked free from a D.C. court presided over by a Democrat-appointed judge (who cut the defendant slack via admissibility of evidence) and a D.C. jury populated with Democrats, including some Hillary Clinton contributors and one or two with casual connections to the defendant.

The nation’s leadership class has destroyed trust in government, and when trust vanishes, we’re playing a dangerously unpredictable game loaded with wild cards.

Biden’s misbegotten administration is the last of the Democrats’ trademarked “deals”: New Deal, Fair Deal, New Frontier, Great Society, and whatever other branded scam they’ve sold voters since.  Biden won’t ever surpass FDR as the greatest progressive president ever, per his deluded aspiration.  The question is, will he be regarded as the worst president ever, dropping lower than James Buchanan (another Democrat) who idly watched as fellow Democrats hatched the Civil War?

Careful, though.  What follows the fall of progressivism isn’t necessarily a rebirth of freedom — unless we fight hard for that.  Democrats keep moving left into darker precincts.  The communist and fascist-inspired liars that they are, they’re pushing everything from authoritarianism to totalitarianism under the guise of “democracy.”  A federal takeover of elections, SCOTUS court packing, skirting the 2nd Amendment, COVID lockdowns, mask mandates, reckless spending, weaponizing the DoJ and FBI against political opponents… Where do you think Democrats are trending?

We have 100-plus years of history informing us what fates befell Russians, Chinese, Cubans, Cambodians, Vietnamese, Venezuelans, Jews, and so many others when anti-liberty forces prevailed.  The naïve among us insist that “America is different.”  But it’s irrefutable: evil is afoot in this country.  Human nature crosses all boundaries.  Good or evil are choices.

The 2020s contain the battlegrounds where America’s future will be decided.  Will the country emerge a free, culturally healthy, and prosperous nation or will it sink into a facsimile of L.A. or Chicago — or something far worse?  As to the ruin of Democrat-run cities, the bottom hasn’t been reached yet.

Good or evil are, indeed, choices.  Freedom is a choice.  Tyranny happens when good men choose merely to be witnesses… choose to do nothing else… choose not to act from fear.  Often, those who start as witnesses end up forced to dig graves for the very rights and liberty that distinguishes them as human beings possessing intrinsic worth and dignity… God’s creatures, not anyone’s chattel.

“There is an answer to the doctor’s question. All the Dachaus must remain standing. The Dachaus, the Belsens, the Buchenwalds, the Auschwitzes — all of them. They must remain standing because they are a monument to a moment in time when some men decided to turn the Earth into a graveyard. Into it they shoveled all of their reason, their logic, their knowledge, but worst of all, their conscience. And the moment we forget this, the moment we cease to be haunted by its remembrance, then we become the gravediggers. Something to dwell on and to remember, not only in the Twilight Zone but wherever men walk God’s Earth.”