Recent American Society for the Prevention of Cruelty to Animals (ASPCA) ads featuring Sarah McLachlan’s song, “Angel” raised $30 million in the first two years, according to the New York Times. Best Friend Network reports year 2020 ended with a “lifesaving gap” of 346,622 dogs and cats euthanized. Their analysis indicates this was a 278,778 (44.6 percent) drop from the 625,400 dogs and cats unnecessarily losing their lives in 2019 and followed a reduction of 14.7 percent between 2018 and 2019.  Between 2016 and 2020, the “save rate” increased from 70 percent to 83 percent.

We have achieved great success saving animals’ lives. We can do the same for our fellow humans as well.  In recent years there have been between 860,000 and 890,000 abortions yearly. Since 1973, an astounding 63 million women have chosen abortion. This nearly matches the World War II death toll of 65 million individuals. In 2001, the U.S. daily abortion rate was 3,537. In the same year, 2001, the 9/11 terrorist attack death toll was 2,753. The United States is experiencing 9/11-like death tolls almost every day.

Most woman who abort do not want to do so. Around eighty percent of abortions are coerced, usually by the baby’s father to “choose” abortion. These killings are not only heinous and tragic, they are preventable. This depressing catastrophe should make the headlines daily; but abortion coverage is sparse. While baby-fathers of unborn children demand the killing of their own children, it is the mothers who suffer grievously. According to numerous testimonies, Planned Parenthood also coerces women to accept abortion. Planned Parenthood was able to commit a record 345,672 abortions in 2018, despite an overall national decline.

Although pro-life agencies save the lives of hundreds of unborn children every week, the abortion rate has barely changed over the past five years. Many pro-life agencies run ads that microtarget women in crisis pregnancies. These ads are reasonably effective and they save many lives, yet the national abortion rate remains steady. 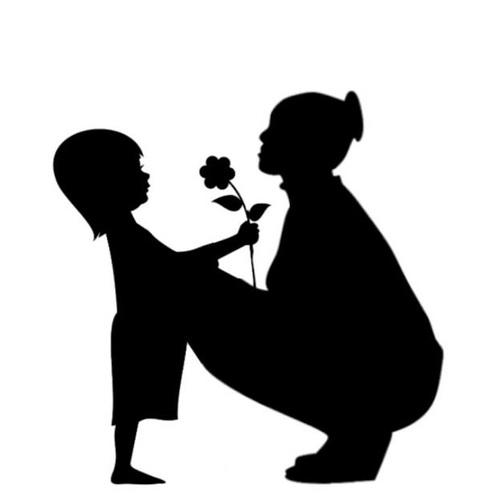 From 1990 to 2017, the U.S. abortion total decreased by 2.3 percent per year and 46.4 percent overall. This is good news and reflects the outstanding work of pro-life groups. (Since 2017, the U.S. abortion total has increased slightly.) Yet we can do much better. The goal should be to air a persistent, intelligent, compassionate adoption ad campaign directed at a large, diverse audience, with the goal of a ten percent annual decrease in abortions for ten consecutive years.

To achieve a more substantial decline in the abortion rate, human infant adoption advertising must reach a large, diverse audience. Ads directed only at women in crisis pregnancies have not reduced the abortion rate. To change many more minds, a cultural change is necessary. Informing the masses (not just women in a crisis pregnancies) about adoption can ameliorate the prevailing permissive attitude toward abortion. The depraved mores that have controlled our culture since the 1960s are deep-rooted. It will likely take many months or a few years before any infant adoption campaign “clicks.” When the message does click, there will be a dramatic, sustained decline in abortions. Over time, persistent advertising can and likely will resonate in the minds of many. At the point when the decline in abortions accelerates, the yearly abortion total could be decline by at least ten percent a year.

Imagine that in say, 2026, nationwide adoption advertising has been in place for two years. Assume there were 850,000 abortions in 2025. More and more women — and men — will have heard the pro-adoption message and taken it to heart. In this scenario, a ten percent reduction in abortions by 2026 would be possible. A ten percent decline in abortions equates to 85,000 lives saved that year due to advertising. In addition, 85,000 birth mothers and 85,000 birth fathers would be rescued from intense grief and feelings of guilt. If adoption advertising is sustained thereafter, tens of thousands of lives and souls would be saved every year far into the future.

Through effective advertising, pet advocates have saved hundreds of thousands of animal lives year after year. Persistent, positive human infant adoption advertising will likely produce similar results for the youngest, most vulnerable people on earth. Without delay, human infant adoption advertising should be shared with the largest audience possible. Eventually, state governments may be persuaded to run public service announcements promoting infant-adoption. Initially private-sector ads should be aired. Pro-life women’s centers, right-to-life agencies, houses of worship, and other private charities could raise private and corporate donations to finance infant adoption advertising. After privately funded ads have been on the air for some time, it will be easier to persuade government entities to run their own ads promoting infant adoption.