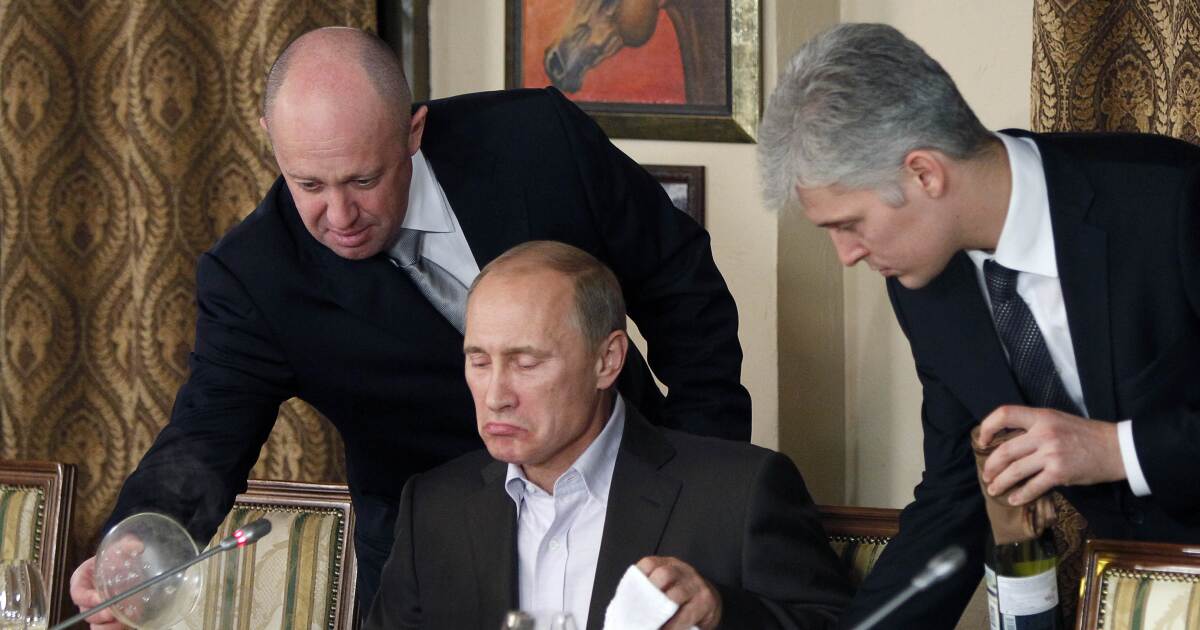 Fiona Hill, onetime adviser on Russia to former President Donald Trump, recalled a "bizarre" dinner she had with Russian President Vladimir Putin in which he smelled odd and refrained from eating or drinking during the meal.

Fiona Hill, onetime adviser on Russia to former President Donald Trump, recalled a “bizarre” dinner she had with Russian President Vladimir Putin in which he smelled odd and refrained from eating or drinking during the meal.

Putin exuded a peculiar “freshly laundered” fragrance and strove toward an “all in command” strongman persona in a carefully crafted appearance at the dinner, Hill told the BBC Sounds’s Desert Island Discs show.

“Now, this sounds really bizarre, but I could smell that he was freshly laundered. He wasn’t wearing cologne, but it was almost like he had stepped out of some special preparatory bath or something into the moment,” Hill recalled.

“He was just all in command of himself, projecting this image. I thought, ‘Wow. Look at this. Every little element of this is staged. This is a performance,'” she added.

PUTIN PHOTOGRAPHED AT ‘LONG BUT ROUND’ TABLE AFTER HEALTH RUMORS

Hill served as an adviser to the Trump administration from 2017 to 2019 but noted the incident took place when she was a national intelligence officer, which was between 2006 and 2009, according to the New York Post. During the dinner, she sat in such close proximity to Putin that she could touch him, she said.

“I took in the suits, one of the finely tailored suits, the way that the little vein pulses on the left-hand side of his face,” Hill said. “I noticed he didn’t eat or drink anything. I watched the watch on his wrist — very expensive.”

Putin did not say much during the dinner and barely made eye contact with her, Hill claimed, adding that he was “not much of a conversationalist.”

Hill wondered how she ended up sitting next to the Russian leader.

“I sat next to [Putin] and I thought, ‘Why am I seated next to him?'” she said before referencing a James Bond character. “Was it because they thought I was like M? I was kind of channeling my inner fantasies. Then I thought, ‘Am I the least likely person to stab him with a fork?'”

“Turns out it was nothing of the sort. I was later told by the person sitting on the other side of him, one of his press people, that it was because I am a ‘nondescript woman,'” she explained. “‘[You are] neither too old or too young. You are not fancily dressed. You’ve got no cleavage. You are just kind of there.'”

Many Western officials and observers have described Putin as having unique mannerisms, some of which have stoked speculation about his health. Since Russia’s invasion of neighboring Ukraine, Putin has been seen sitting at long tables with his top advisers, keeping a noteworthy amount of distance between his confidants. Some experts have suggested he could be going through chemotherapy and noted he appeared bloated during a recent appearance.