The motorcycle killers who assassinated a senior Quds Force officer in Tehran on Sunday knew what they were doing.

The motorcycle killers who assassinated a senior Quds Force officer in Tehran on Sunday knew what they were doing.

According to Iranian media accounts, accomplices blocked the street behind the target’s car by double-parking and raising their trunk, clearing the way for the motorcycle killers who shot Colonel Hassan Sayyad Khodaei five times as he was about to drive off in his Kia Pride.

The feat was even more brazen since the colonel’s street led directly to the Iranian parliament, one of the most secure areas of Tehran. The assassins hit Khodaei from behind in the head and the heart, blowing out both the driver and the passenger side windows of his car, according to photos subsequently released to the Iranian media.

The Iranian regime immediately blamed Israel for the assassination, referring to Khodaei as a “defender of the shrine,” a reference to Quds Force officers engaged in the fight against ISIS in Syria.

Khodaei, whose real name was Bahram, was one of three brothers who joined the Islamic Revolutionary Guards Corps in the 1980s and fought in the war against Iraq. All three brothers, and four more Khodaei cousins, later became officers in the elite Quds Force, Iranian sources said.

Israeli media initially identified Khodaei as a senior officer in charge of Quds Force expeditionary forces inside Syria. Subsequent reports said he was in charge of Hezb’allah missile bases inside Syria, and tasked with “attacking Israeli interests and citizens abroad as deputy commander of Unit 840.”

The Israel Defense Force spokesman identified Unit 840 eighteen months ago as the Quds Force group that had been placing mines and IED’s in the Golan Heights along Israel’s border with Syria.

Most intriguing, however, are suggestions that Khodaei was fingered by an alleged Quds Force assassin named Mansour Rasouli, who was captured and interrogated by Mossad operatives last month.

Mossad reportedly captured Rasouli inside Iranian Kurdistan while he was en route to Turkey to assassinate three Western targets, including an Israeli consular official in Turkey. The opposition Iran International television network posted what it claimed were audio recordings of Rasouli’s confessions, where he expressed remorse over his mission. 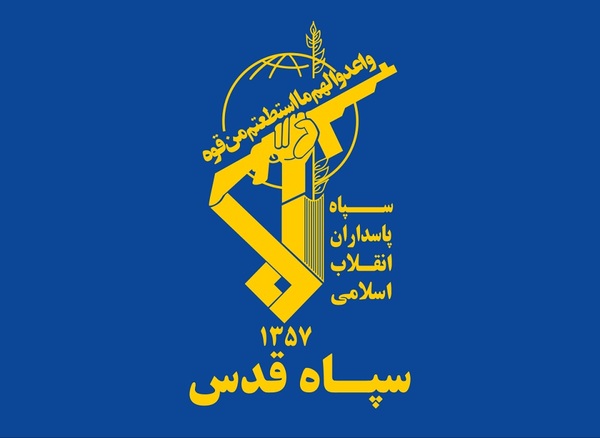 Earlier this month, the Times of Israel reported that Israel’s security service, Shin Bet, had foiled an effort by the Iranian regime to lure Israeli academics, business people, and former defense officials to Europe, to attend a phony security conference in Zurich, Switzerland.

The report showed an email, purportedly signed by a Swiss researcher named Oliver Thränart, inviting an Israeli intelligence reporter to an annual “Zurich Strategic Dialogue,” scheduled for January 14, 2022.  The email requested that the guest fill out an application form and comply with Swiss COVID-19 requirements.

I received an identical email from that same Oliver Thränart last October, inviting me to the same January 14, 2022, conference. After a couple of exchanges, Thränart droped off the radar until Christmas, when he said that the conference had been cancelled because of the Omicron variant.

I have long been targeted by the Iranian regime, as I reveal in a new memoir of my exploits as a war correspondent and investigative reporter that will be released on August 31.

Initially, the Iranians targeted me because I was investigating their clandestine nuclear weapons program — more than a decade before it was exposed to the International Atomic Energy Agency (IAEA). Later, they attempted to lure me to phony opposition “conferences” because of my role as the founder and CEO of the Foundation for Democracy in Iran (FDI), iran.org.

Hassan Shariatmadari, the editor of the regime daily Kayhan and an IRGC brigadier general, regularly attacked FDI as a CIA-funded anti-regime organization.

In a Dec. 8, 2007 column, he absurdly claimed that FDI had a “four-layer plan” to topple the Iranian regime, led by yours truly, “who heads the Iran desk at CIA.”

In a series of articles in September 2009, Shariatmadari claimed that I was spearheading the latest wave of anti-regime demonstrations inside Iran. “While we would be happy to accept such an honor,” I replied in the name of the foundation, “neither I nor my board can take credit for such power or influence.”

The most recent Shariatmadari screed dates from December 4, 2019, when he linked my alleged efforts to overthrow the regime to similar efforts by then-Secretary of State Mike Pompeo. “Kenneth Timmerman, former CIA member and currently director of the American Institute NED [National Endowment for Democracy], acknowledged that the CIA has not only helped the Iranian rioters with software systems, but also delivered to them the hardware.” (I have had no association with NED since 1997, and have no idea what software systems he is referring to).

This is a regime that never gives up, and that spends enormous sums of money to track its opponents and hunt them down. In the 1990s, they sent hit teams across Europe, where they assassinated more than 200 top leaders of the opposition in exile. In the 2000s and beyond, they have snatched opponents in Iraq and elsewhere and hustled them back to Tehran, where they have been summarily executed.

In a particularly egregious case, they have also enlisted the intelligence and judicial authorities of a friendly state, the Republic of Georgia, to frame a defector from Iranian intelligence who became a witness in a civil lawsuit by families of 9/11 victims against Iran. Falsely sentenced to 17 years for a crime he did not commit nor even imagine, Hamid Reza Zakeri continues to languish in a Tbilisi jail.

It’s still early to know the bill of particulars that led Israel — or someone else — to assassinate a Quds Force colonel in Tehran. But one thing is certain: the Iranians play hardball. And so do the Israelis.

Ken Timmerman’s 12th book of non-fiction, And the Rest is History: Tales of Hostages, Arms Dealers, Dirty Tricks, and Spies, will be released by Post Hill Press on Aug. 31. His website is kentimmerman.com