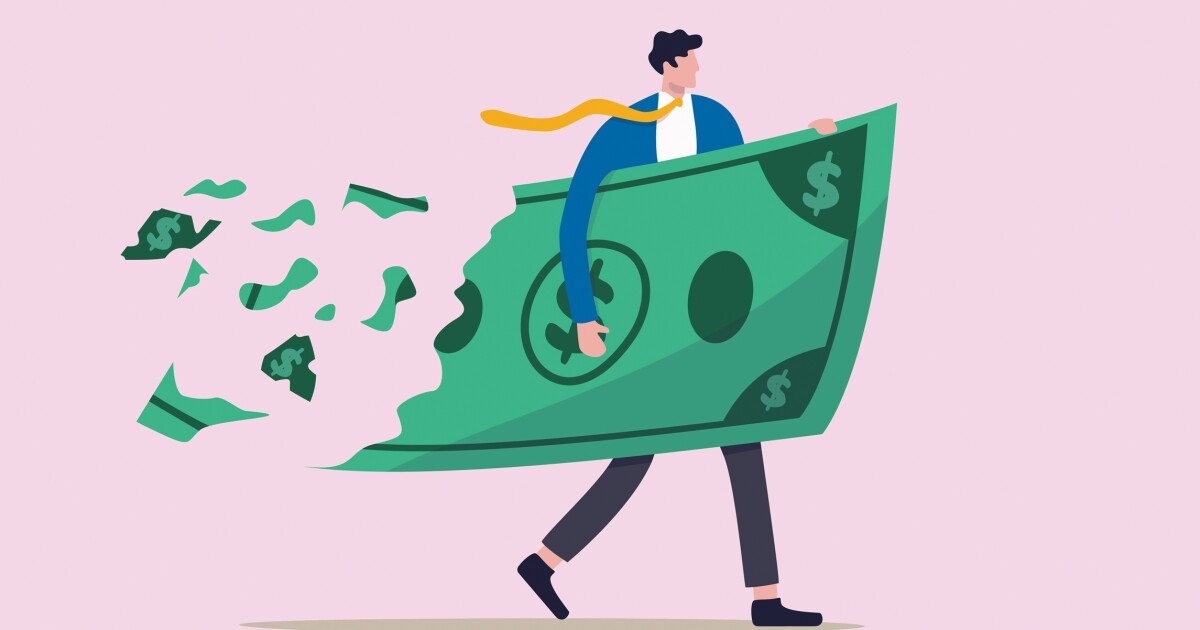 The pace of workers’ wage growth has been slowing in recent months as inflation keeps cutting into consumers' paychecks across the country.

The pace of workers’ wage growth has been slowing in recent months as inflation keeps cutting into consumers’ paychecks across the country.

The average hourly earnings for all private employees increased by 0.3% in April, lower than economic forecasters had expected, according to recently released data from the Bureau of Labor Statistics. However, nominal earnings have grown by 5.5% on an annual basis.

The 0.3% growth in average hourly earnings in April was down from 0.5% in March and 0.6% in January. April’s jobs report showed that the three-month rate of growth, adjusted for compositional changes, is 3.8%, according to an analysis by the Peterson Institute of International Economics.

It has been over a year since the three-month wage growth was that low, and it is generally keeping with a recent declining trend that began at the end of last year. The three-month change in hourly earnings was over 6% in December.

Those numbers are not great for consumers, who are seeing their pay outstripped by growing inflation. The consumer price index grew at 8.3% in the year ending in April, a slight downward tick from the 8.5% annual inflation in March but still the second-highest reading since the early 1980s.

While nominal wages have increased, albeit at a slower pace in recent months, real earnings, which are earnings that have inflation factored in, have been decreasing, meaning that workers are earning slightly less on average now than they were just a month ago and much less than they were this time last year.

Real average hourly earnings decreased slightly by 0.1% in April, according to data released by the Bureau of Labor Statistics. On a year-over-year basis, real hourly earnings have fallen by 2.6%.

It’s worth noting that the Bureau of Labor Statistics data make up just one measure of how much workers are earning. There are other metrics of compensation that take into account other forms of compensation and other gauges of inflation.

“If you look at over the last year, what people are doing is finding their wages are declining once you adjust for inflation,” Desmond Lachman, a senior fellow at the American Enterprise Institute, told the Washington Examiner.

“That’s why inflation is such a big political issue,” he added. “Inflation has to fall a lot further before people are going to feel well off.”

And President Joe Biden has taken a hit politically, not because of the headline inflation number alone, but rather because real wages aren’t keeping pace with the price increases.

Inflation is also affecting Democrats more generally, with their tenuous control of both chambers of Congress. Republicans have been using the price increases and declining real earnings as a cudgel against Biden and the opposing party in hopes of wresting control of the House and Senate during this year’s midterm elections.

Biden’s White House Council of Economic Advisers recently acknowledged the bad news about earnings not keeping pace with inflation in a blog post after April’s jobs report was released. In addition, the White House included a chart showing that wage growth has slowed in recent months.

“While we do not yet have inflation numbers for April, it is likely that yearly nominal wage growth was slower than inflation,” the council said before the release of the April consumer price index reading of 8.3%, which once again came in hotter than most economists and the markets expected.

Further complicating the situation is that the labor market is tight and employers are still working to attract employees, which often results in wage growth. However, because of the scorching pace of inflation, those wage increases are not doing enough to help consumers, according to Daniel Kim, a research associate at Marquette Associates.

“With job openings still far exceeding the number of unemployed workers, many sectors across the economy are looking to fill vacancies,” he said. “While higher wages are one way to attract workers, the decline in real wages is unlikely to abate until inflationary pressures can be contained.”

To stave off higher inflation levels, the Federal Reserve has begun hiking interest rates for the first time in years. The central bank announced in March that it would raise its interest rate target by a quarter of a percentage point, the first rate hike since 2018.

This month, the Fed announced that it would increase the interest rate target by half a percentage point. The Fed typically increases rates incrementally by just a quarter of a percentage point, so the more aggressive tack is akin to two rate hikes and once and shows that the central bank is increasingly worried about growing prices.

The Fed has also signaled that it might conduct additional half-point hikes at its future meetings in June and July. Still, some economists and many Republicans say the central bank should have moved sooner to reverse its pandemic emergency measures.

Republicans have been critical of the Fed for its perceived sluggishness in acting and the Biden administration for pumping the economy with fiscal spending during the president’s first year in office. There is also concern that the Fed’s actions could cause the economy to fall into a recession.

“Biden and Democrats’ reckless spending created the highest inflation in 40 years, and Americans are paying the price,” said Republican National Committee Chairwoman Ronna McDaniel. “Skyrocketing prices, Biden’s gas hike, and the deteriorating economy are on the ballot in November, and voters know Biden and Democrats are to blame.”