Red flag laws are simply gun confiscation under another name.

Anti-liberty leftists repeatedly try gaslighting to advance their obvious goal of confiscating guns. Their latest push for “red flag” laws is no different.

Following the recent tragedy in Uvalde, the anti-liberty left didn’t waste any time blaming innocent gun owners. They immediately began talking about “red flag” laws, which sound merely helpful but which are, in fact, unconstitutional gun grabs under another name.

This is a typical leftist tactic: avoiding certain words because they would convey what is really taking place. Democrats routinely have their best wordsmiths conjure up soft language for wholesale gun confiscation. Start with those so-called “red flag” orders, which imply a government promise to confront serious dangers. Now that the people have become wise to this crass word manipulation, they’ve even starting to roll out a new version: “Yellow flag” orders. It’s got all the unconstitutional gun confiscation as before, but with a slightly brand new name.

That’s just the beginning of the naming frenzy, all intended to show that the government is just here to help. These unconstitutional abominations are also known as Extreme Risk Firearm Protection Orders (ERFPO), Risk Protection Orders (RPO), Extreme Risk Protection Orders (ERPO), and Gun Violence Restraining Orders (GVRO). Liberticidal leftists have also been wearing out their thesaurus conjuring up harmless descriptions of how these things work. Instead of talking about how an innocent person’s means of self-defense and personal property will be taken at gunpoint, they talk about how these laws “temporarily” separate people from their guns or keep guns out of the hands of individuals perceived as a danger to themselves and others.

Of course, the reality is quite different. As Tucker Carlson eloquently stated last week:

Yesterday, they unveiled their plan to seize firearms from American citizens who have not been convicted of a crime or even accused. Now, under normal circumstances, it would be instantly obvious that that is unconstitutional. In our system, you have to be convicted before you can be punished, but in the hysteria that understandably follows a tragedy this horrible, politicians know that they can suspend civil liberties.

He’s right, of course. There won’t be a social worker gently separating a madman from his weapons. In most cases, these “red flag” gun confiscation orders will be executed by heavily armed law enforcement personnel in an early morning raid. Your (and perhaps your dog’s) chances of survival depend on the severity of the raid. 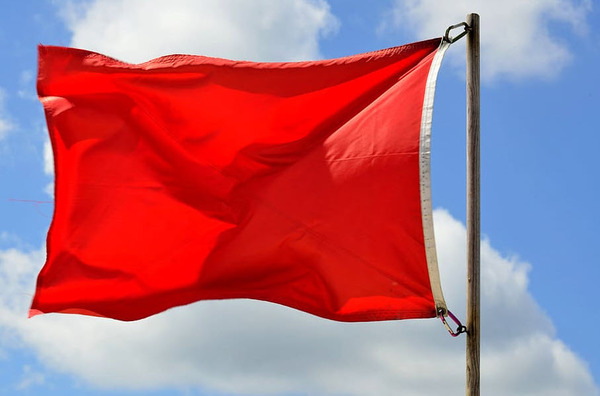 What’s even worse is that you don’t really need to own any firearms to have a SWAT team smash through your door at 4:00 am on a gun hunt. In most cases, an accuser only needs to assert you are somehow “dangerous” and might own guns. Perhaps the accusing dislikes you and wants revenge. This is just another basis from them to SWAT you—that is, sic panicked law enforcement officers on you in the hope that you die. Or perhaps it’s enough that the SWAT team will literally tear your house apart to find that “maybe” gun.

No matter what leftists promise in Congress, among themselves, leftists are open about their goals:

But for popular consumption, you get Morning Joe saying it’s paranoid to claim that the government is coming for guns, only to praise Beto O’Rourke for saying exactly that.

ERFPOs, RPOs, ERPOs, GVROs, or whatever acronyms they want to use, are straight-up designed to deceive. At their core, they mean the destruction of due process, the rule of law, and gun confiscation. Despite their innocuous flag names or acronyms, they violate the 1st, 2nd, 4th, 5th, and 6th Amendments.

It’s also untrue that, unless we pass these laws, people will die. In the Buffalo mass shooting, one of the victims, Gary Willis, once owned a legal weapon but couldn’t have it with him when he needed it because the government had seized it under a “red flag” law triggered by a vague complaint from a distant relative.

In reality, these new proposals do not increase safety because all states have existing laws that don’t require unconstitutional gun seizures to preserve safety:

It has always been possible to take a dangerous person’s guns away. All 50 states and the federal government have involuntary commitment laws that go by various names: the Baker Act in Florida, for example, or the 5150 code in California. They all require a mental health expert to testify before a judge, but hearings can occur quickly in urgent cases. If those facing a hearing can’t afford a lawyer, the judge provides them with one. Judges have a lot of flexibility when ruling. For instance, if the person on trial does not agree to voluntary psychiatric treatment, they may be committed involuntarily or have their guns confiscated.

But red flag laws remove all these due process protections. Based only on a written complaint, which could come from a relative, friend, neighbor, or police officer, a judge decides whether to take away a person’s guns.

The bottom line here is that these laws are unnecessary because they are redundant, invert the rule of law, and have no real effect on gun crime. And that’s probably why the anti-liberty left is hiding their intent with word games.

D Parker is an engineer, inventor, wordsmith, and student of history, and the director of communications for a Bill of Rights organization and a longtime contributor to conservative websites. Find him on Substack.