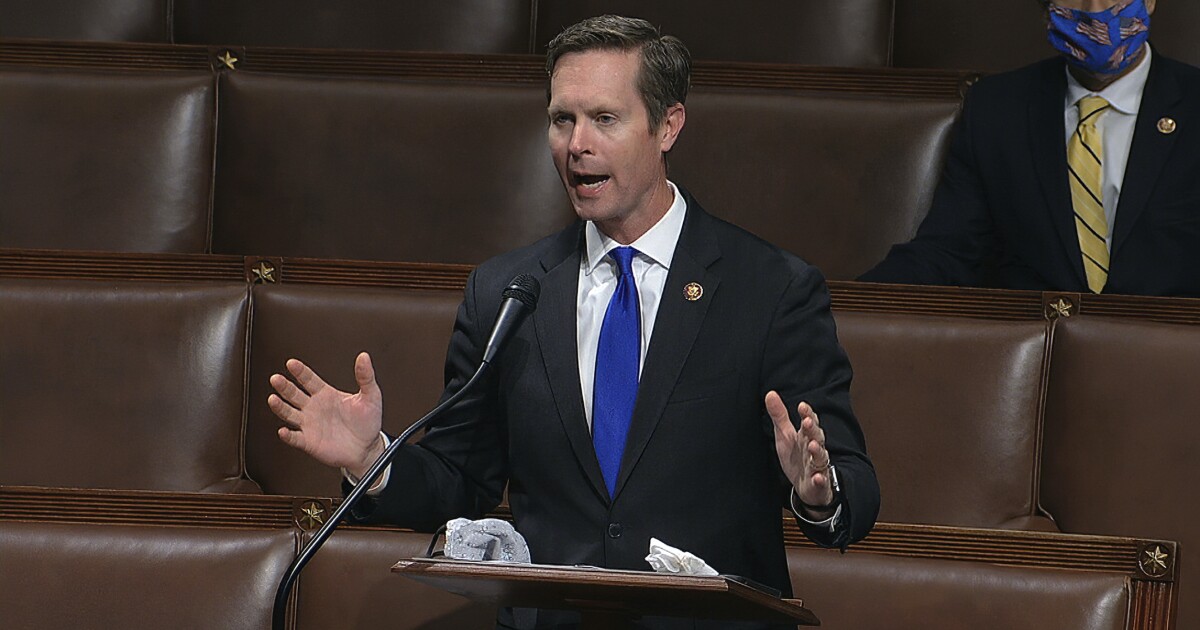 Davis, first elected to the House in 2012, is in a heated battle with Miller, a Trump-endorsed firebrand freshman who has been involved in a string of controversies since first taking office. The pair were effectively forced to run against each other due to the Democratic-controlled redistricting process in Illinois, which, starting in January 2023, will have its House delegation drop from 18 to 17 seats due to population loss in the state during the decade before the 2020 census.

Davis this week won the endorsements of the U.S. Chamber of Commerce and Illinois Chamber of Commerce. On Monday, Davis huddled with business leaders at the Mel-O-Cream Donuts International in Springfield, the state capital. Davis fielded questions on his record and the economy before meeting with heads of businesses and chamber officials at Knapheide Manufacturing Company, where he was endorsed by both entities and given an Advocate for American Business Award.

Davis touted his work on policies related to incentivizing employers to pay off employees’ student debt, his role in helping craft the 2017 tax law House and Senate Republicans enacted with then-President Donald Trump, and campaign efforts to get fellow GOP lawmakers elected. Davis added that his focus isn’t on doing TV hits and feels his record of finding bipartisan solutions is an asset to the district, dismissing his opponent’s attacks that he is a “RINO” (Republican in name only).

“That’s not going to be me,” he said regarding the TV hits. “You’ll see me fight, I enjoy the fight, I don’t have to tell you that. But in the end, that’s not my job, and Washington, D.C., should not be the only level of government that we don’t expect to function.”

Illinois Chamber CEO Todd Maisch told the Washington Examiner that while he agrees with much of Miller’s voting record, he believes Davis’s legislative accomplishments warranted the endorsement.

“I think the important thing is that Rodney is very, very conservative. But he’s also a conservative that knows how to get things done,” Maisch said. “And I think we do have a sense here in the business community, and I think to anybody who pays attention to politics, that the days of hyperpartisanship, there’s a growing consensus people want those to end.”

The new district encompasses much of central and southern Illinois and is made up of roughly 35% of Davis’s district and 30% of Miller’s seat.

Trump is slated to hold a rally with Miller on Saturday near Quincy, Illinois, due west of Springfield along the Mississippi River. Davis, who served as co-chairman of Donald Trump’s reelection campaign in Illinois in 2020, has not shied away from his working relationship with the former president during the course of his administration.

“Look, I’m not going to run away from my record and working with President Trump,” Davis told reporters. “I helped craft President Trump’s tax cuts. As a matter of fact, it was President Trump who signed my student loan language into law.”

Miller has received backing from outside groups, including the Conservative Political Action Coalition
and the Club for Growth, which advocates small government and has spent roughly $4 million in the race on her behalf.

The primary race has become increasingly heated, with Miller taking aim at Davis’s votes to certify the election and in favor of a bipartisan commission to investigate the Jan. 6 riot at the Capitol. Meanwhile, Davis has hit Miller over a series of scandals including allowing a convicted pedophile to assist in her campaign.