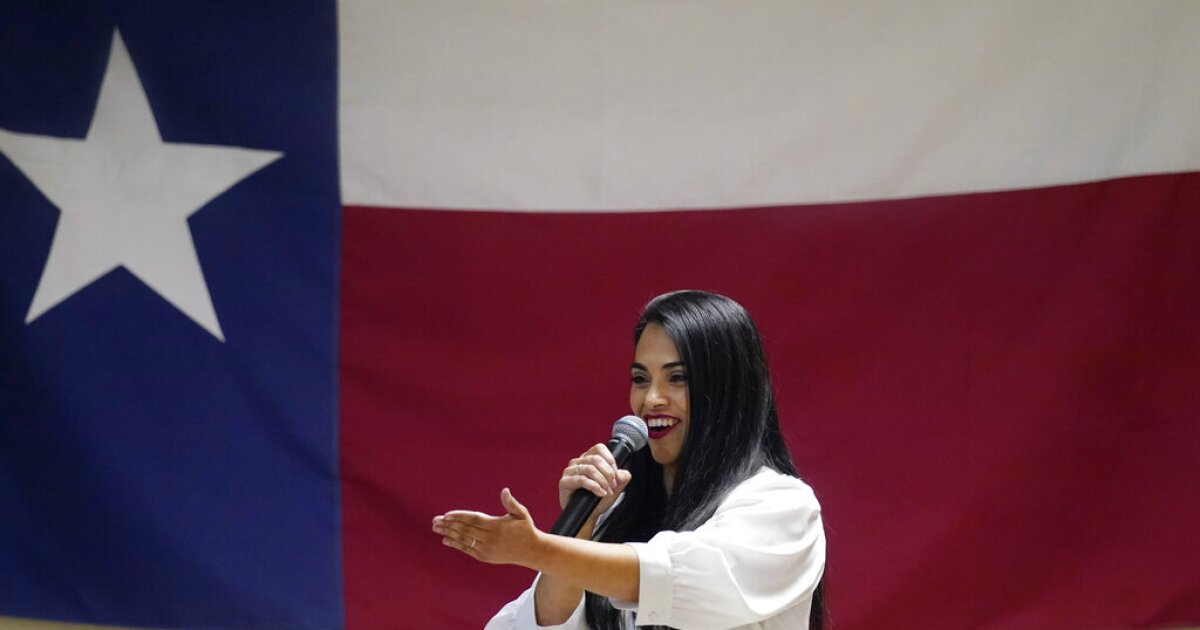 With all precincts reporting, Flores was above the 50% mark necessary to avoid a runoff.

The 34th Congressional District race was seen as a gauge of Republicans’ growing popularity in traditionally Democratic South Texas. House Republicans in 2020 did far better than expected with Latino voters there than in previous cycles.

The special election was triggered after Vela accepted a position with Akin Gump, a Washington, D.C.-based lobbying and law firm. Prior to his resignation, Vela announced he would not be seeking reelection to the seat he had held since 2013.

Tuesday’s winner will finish Vela’s term, which ends in January. Despite the winner only having about six months in Congress, Republicans wanted to score an early win ahead of November’s matchup, which will determine which candidate will represent the Lone Star State’s neighboring 34th District for a full two-year term.

The Democratic nominee for the November contest is Rep. Vicente Gonzalez, who ditched a reelection bid for his current House seat after a new Republican-drawn redistricting map made it difficult to win. Gonzalez announced that he would not participate in the special election, which left Democrats scrambling for a candidate to finish out Vela’s term.

By contrast, Republicans went all-in on the race, outspending Democrats in an effort to turn a congressional seat red that has been blue for decades. President Joe Biden carried South Texas by only 4 percentage points in 2020. His underperformance emboldened Republicans and turned the area into a battleground.

Top Republicans, on a state and national level, quickly coalesced behind Flores, a Mexican immigrant. She has been endorsed by Gov. Greg Abbott, Texas GOP Chairman Matt Rinaldi, Texas GOP Vice-Chairwoman Cat Parks, and the Congressional Leadership Fund, which is the leading super PAC aligned with House GOP leadership.

Flores has pitched herself as a Latina conservative who can discuss border politics without appearing racist, a sought-after skill set in South Texas.

Her introduction to politics came after she volunteered at the Republican Party’s headquarters in 2019. Her stint would feed her interest in politics, and, soon after the 2020 election, she announced her bid to represent the 34th Congressional District, which spans the western Rio Grande Valley and part of the Gulf Coast and stretches as far north as San Antonio.

“The Democrat Party [sic] worst nightmare is for an Immigrant and Latina to run against their far left radical socialist communist agenda,” she posted on Instagram.

In February, she called for a militarized response against immigration, writing on Facebook: “Send troops to our Southern Border, not Europe.”

Flores has also touted her husband’s job as a Border Patrol agent. In a recent ad titled “My American Dream,” she faulted the “liberal policies from Washington” and said she prays “now, more than ever” for his safety.

Unlike Sanchez, Flores’s campaign coffers have been full for almost her whole run. In June, the Congressional Leadership Fund spent $130,000 on her. In all, Flores and her political supporters have spent nearly $1 million on television ads. She outraised Sanchez 16 to 1, according to the only major campaign finance report of the special election. While Flores was building steam, Sanchez was largely left in the dust by his party.

That changed somewhat last week when national Democrats made a last-minute foray into the South Texas race, spending six figures to prevent Flores from flipping the seat.

The House Majority PAC released a Spanish-language television ad attacking Flores, claiming she supported the Jan. 6 riot at the U.S. Capitol. The $112,000 ad buy during the last days leading up to the race was the first major instance of outside spending on behalf of Sanchez.

“Republicans have shown they are more interested in using our communities for political talking points than actually improving the lives of working-class Hispanic families in South Texas,” Hinojosa said in a written statement. “They can’t be trusted to work for us. We need a leader like Dan who understands the everyday struggles of our community.”