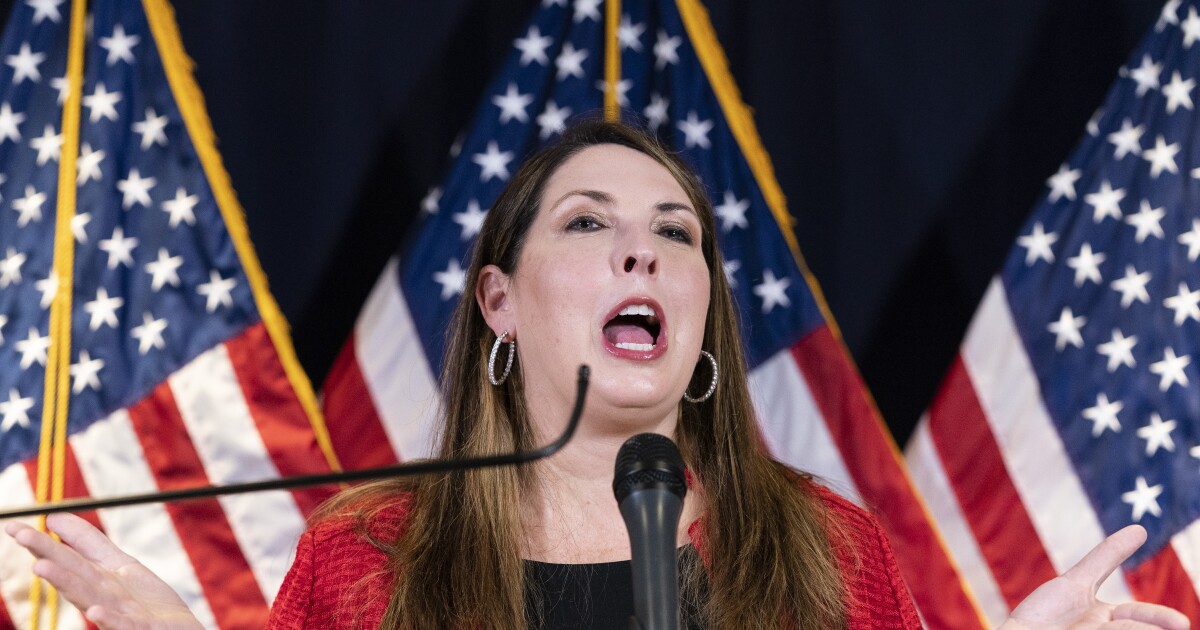 “I don’t know what ‘Dark MAGA’ is,” McDaniel said, visibly amused. “Sounds like a ‘Star Wars’ thing, like the dark side of the Force.”

McDaniel went on to say that the primary between Cawthorn and the primary winner, State Sen. Chuck Edwards, was “well-fought.” She also praised Cawthorn for conceding his race and stressed how important it is that Republicans hold that district.

“We need to focus on the Democrats, and I would say this to every Republican: They are the ones in control, they are the ones destroying our country, and Republicans who are fighting each other constantly, that is not helping us defeat Democrats in November. And that needs to be the focus,” McDaniel concluded.

Cawthorn conceded his loss in North Carolina’s 11th Congressional District on Tuesday. However, he did not stop campaigning or advocating for a MAGA-focused approach to Republican politics.

“The time for gentile politics as usual has come to an end,” Cawthorn wrote in a Thursday Instagram post. “It’s time for the rise of the new right, it’s time for Dark MAGA to truly take command. We have an enemy to defeat, but we will never be able to defeat them until we defeat the cowardly and weak members of our own party. Their days are numbered. We are coming.”

Many controversies dogged Cawthorn’s tenure on Capitol Hill in his first term. Earlier this month, a nude video of the congressman surfaced, which he characterized as blackmail. In April, the Transportation Security Administration reportedly confiscated a firearm from Cawthorn, marking the second time he had a gun seized by the TSA since being sworn into office.

Cawthorn has also faced ethical questions regarding his conduct in Congress. Last month, a group filed a complaint alleging he had an inappropriate relationship with a staffer. He has also faced public scrutiny over allegations that he flouted insider trading laws when he hyped an alleged cryptocurrency scheme and that he improperly used taxpayer money at a luxury resort.