If the totem of abortion as the highest moral good is threatened, then the only proper reaction if you are on the left is to "burn it all down."

It is very trendy in our culture to decry “binary” things. Gender, for example, cannot be considered binary, it cannot be male/female, it must be a dysphoric multitude. While this is the preferred approach of the left in areas where it seeks to unsettle established cultural norms, it is a completely different story once they achieve cultural hegemony. Then it’s all either/or, on/off, all/nothing with no room in between.

This is clear from the reaction of the left to the leaked draft opinion of Dobbs v. Jackson Women’s Health. No room for nuance here. If the totem of abortion as the highest moral good is threatened, then the only proper reaction if you are on the left is to “burn it all down.” I know there are many deep reasons for this, but I honestly cannot truly wrap my head around them.

I don’t have the energy today to psychoanalyze the woke left, so instead I would like to lay out a simple framework for understanding and discussing all complex social/cultural/legal issues, one that I have found very helpful in helping to explain and tease out meaningful distinctions around abortion and many other issues.

In essence, any public issue with complex human/cultural implications must be looked at from three perspectives, each building off the previous in pyramid fashion: Moral; Legislative, and Judicial/Constitutional.

Moral. This is the realm of individual action and behavior: is the thing under consideration morally right or wrong?  Should I do something? If a thing is morally wrong you should not do it regardless of its legal status. By definition there is not a single right answer to most moral questions. Our moral conclusions are informed by religious values, intellect, evidence, and willingness for self-assessment. In many cases we have clear societal consensus on right and wrong. In other cases, such as abortion, we do not. I can assure you, however, that not one American finds abortion morally wrong because they hate women and seek their subjugation. Every American who finds abortion morally repellant does so because they see an unborn child as an innocent and unique human life deserving our protection. People of good intentions can honestly disagree on this question, and those who do not (or choose not to) see a fetus as a human life worthy of standalone protection are logically going to draw a different conclusion. Personally, I cannot rationally conclude anything other than a fetus is a genetically unique human being from the moment of conception, and thus it is morally incumbent on us to protect him. 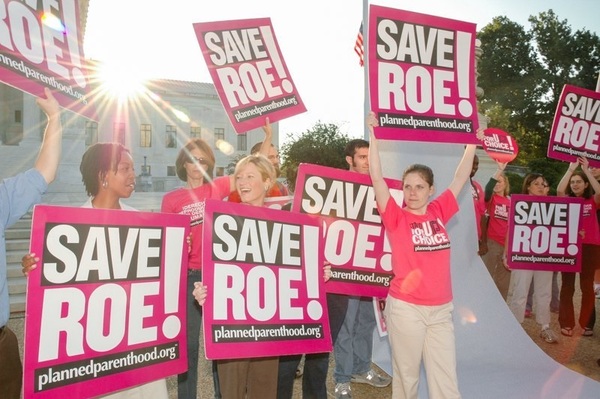 a serious mistake to jump into a discussion of the proper legislative approach to abortion without first understanding the moral arguments underlying them. Anyone who finds abortion morally acceptable will not be able to understand any rational reason that it should be illegal. If it truly was the moral equivalent of removing a hangnail, we would all fight against it being illegal. Many pro-lifers are tempted to avoid arguments at this level, seeing them as issues of religious belief or wishing to not seem old-fashioned. But this is the level at which we must fight the primary fight. Science and medicine have joined traditional moral and philosophical arguments to make it stunningly clear that unborn children and unique and deserving of protection. Let’s have (and win) that argument first.

Legislative. In a functioning democracy, contentious issues like abortion will spill over into the legal sphere, regardless of how well we argue the moral case. That’s the whole point of a democracy: to provide a structure and process that allows social argumentation to occur in a way that (normally) doesn’t tear society apart. There are two important rules that must be observed by all if this game is to work: 1) We cannot insist that “one size fits all”, and 2) we all must be willing to end up with the short end of the stick from time to time. Part of the genius of our Founders’ vision was to create a giant sifting machine based on subsidiarity, federalism, and separation of powers that allows back and forth discussion and argumentation, differing approaches and outcomes and a pathway to working things out over time.

When it is not short-circuited by courts this has worked remarkably well, fostering a democratic dialectic that has allowed us to evolve consensus on a wide range of social questions (segregation jumps to mind). Good arguments have been made that had the Supreme Court not foisted upon us the atrocity of Roe v Wade in 1973 we might have reached a similar consensus on abortion.  We’ll never know.

The state level is exactly the right level to have this ongoing debate on the legality and consequences regarding abortion. In keeping with our principles above, this allows multiple approaches/answers and avoids a one-size fits all.  And it means that some of us will end up in states with wrong answers.  Then we must continue to exercise our democratic prerogatives and keep the dialectic moving. To say “the law says X, so I have to stop arguing Y” is not an acceptable answer. We obey the law as we continue to pursue changing it.

My own views on the legal layer is that it truly is a matter of choice: it is entirely reasonable for the state to stipulate that we live by the consequences of our choices, sexual or otherwise. Citizens don’t have the right to kill their unborn babies to avoid the consequences of making bad choices. (That goes for men as well as women).

Judicial/Constitutional.  Oh, for the days before Marbury v Madison when the Supreme Court was viewed as the weakest and most toothless branch of government. As it was supposed to be. The proper scope of the Court is incredibly narrow on almost all issues. It is after all a court, by definition resolving specific disputes of what the law allows and does not allow. The temptation for the Court has always been to arrogate to itself the sort of broad-based constitutional omnipotence hinted at in Marbury. Starting with the Warren Court, progressives realized that an open-ended ability to declare (invent) what was constitutionally protected granted them a unique trump card, an ability to shut down discussion and debate on any issue they favored.  Obviously, this directly contradicts the “no one right answer” principle and is tyrannical by its nature. To wield this this magic wand as cavalierly as they did in Roe v Wade was a guarantee of ongoing acrimony and strife.

This is all that Alito’s draft did in Dobbs: say that Roe took the question of abortion a level too far. It is not and has never been an issue of constitutional salience. The legislative level is where this belongs, let’s settle it there. The left’s hysterical reaction to this draft gives the game away: if this is allowed to stand, the gravy train might be over. No longer will the left get to wave the magic wand and declare as settled contentious social issues. They may actually have to debate and discuss them and change minds. And that they will never accept.