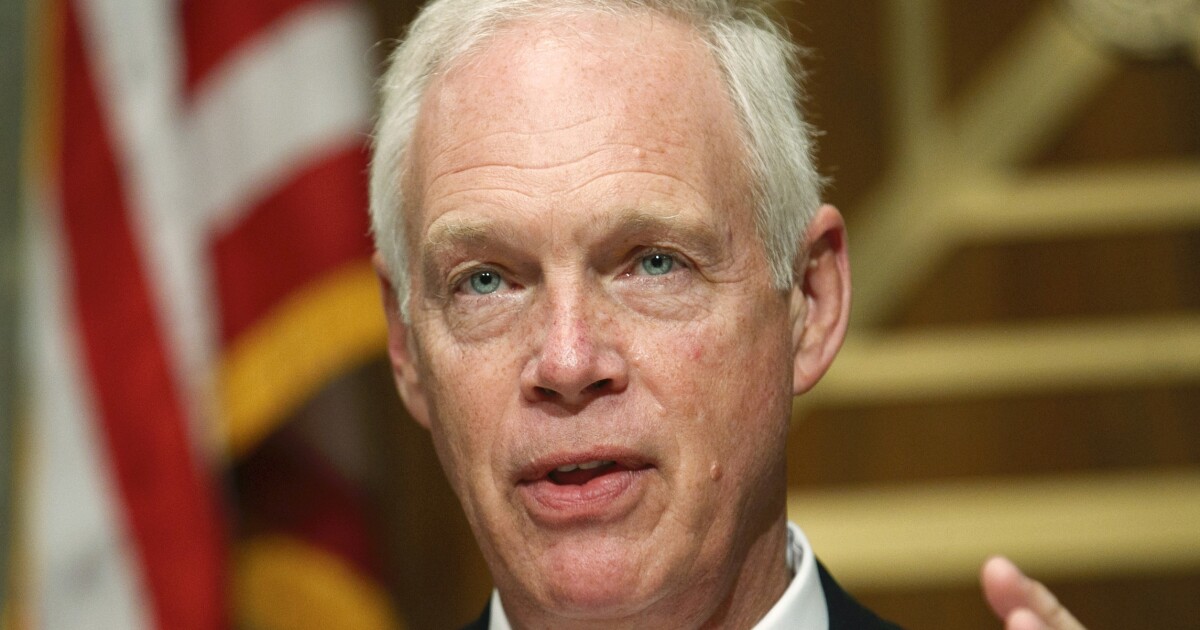 Sen. Ron Johnson (R-WI) was confronted by a liberal activist at Milwaukee's General Mitchell International Airport on Friday as he returned to his home state from Washington, D.C.

Sen. Ron Johnson (R-WI) was confronted by a liberal activist at Milwaukee’s General Mitchell International Airport on Friday as he returned to his home state from Washington, D.C.

Lauren Windsor, executive producer of the liberal web-based program The Undercurrent who was on the same flight, asked Johnson about text messages disclosed in a Jan. 6 committee hearing this week that showed the senator’s chief of staff, Sean Riley, asking a staffer for then-Vice President Mike Pence about delivering a slate of “alternate” electors. On a radio show Thursday, Johnson said his team believed the papers came from the office of Rep. Mike Kelly (R-PA). Kelly has denied involvement.

“First of all, we’ll see what actually transpired,” Johnson told Windsor, according to the Milwaukee Journal-Sentinel. “Obviously, we believe it came from his office. I never spoke with the congressman. I never said I did. He’s got to find out with his staff who might’ve talked to my staff. That’s all I have to say.”

BREAKING: This afternoon I asked Senator Ron Johnson about his role in overturning the election by sending fake elector slates to Mike Pence on Jan 6.

He admitted: “I played a two-minute role.” pic.twitter.com/ky1ZXCVPm9

Windsor kept pressing the senator, asking if it was normal for his chief of staff to conduct business without making Johnson aware. Johnson reiterated his belief that the list came from Kelly. When asked whether the senator played a role in the attempt to overturn the election results, Johnson initially told Windsor that he played a “two-minute role” before changing his answer and saying he had no role. He also told the activist to “go away.”

The reporter pushed a final time by asking why Riley was still employed by the senator. Johnson did not directly respond before disappearing through an emergency exit.

Alexa Henning, Johnson’s spokeswoman, said the senator was willing to talk and be respectful toward anyone who had questions but that rude behavior should be condemned by Democrats.

“What is unfortunate is that Democrat leaders have encouraged this type of disrespectful encounter,” Henning told the Milwaukee Journal-Sentinel. “Democrat leaders bear the responsibility to condemn this behavior before it turns violent.”

Windsor previously met Johnson in 2021 at a Republican event in Wauwatosa, Wisconsin, where she taped Johnson asserting that “there’s nothing obviously skewed about the results” of the 2020 election in Wisconsin, according to the report.