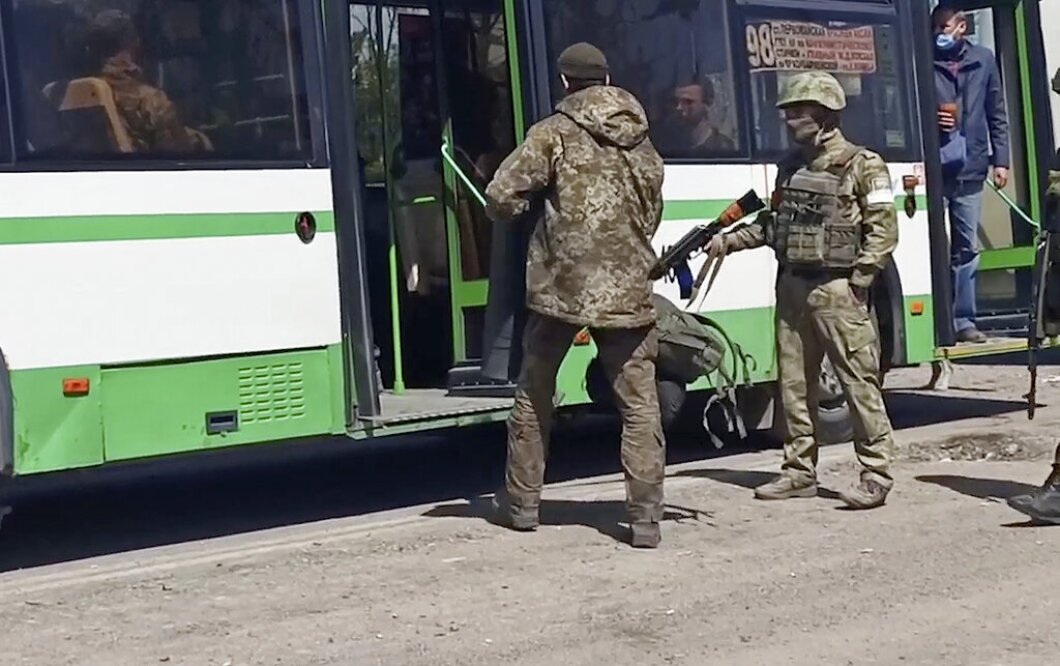 The Kremlin said on Wednesday that it has detained over 900 Ukrainian fighters in Mariupol who have surrendered after holding out in the city's Azovstal steel plant for over 80 days.

The Kremlin said on Wednesday that it has detained over 900 Ukrainian fighters in Mariupol who have surrendered after holding out in the city’s Azovstal steel plant for over 80 days.

Russia’s Foreign Ministry said 694 Ukrainian soldiers left the steel plant and surrendered on Wednesday, bringing the total number of Mariupol defenders being held prisoner to 959. More than 260 troops evacuated the steel plant in southeastern Ukraine earlier this week after the Ukrainian military declared their mission complete and ordered the fighters to save themselves, marking the beginning of the end of an 82-day standoff with Russian forces at the facility.

Foreign Ministry spokeswoman Maria Zakharova
said on Wednesday that injured soldiers are receiving treatment at a hospital in the town of Novoazovsk in the Russian-controlled region of Donetsk, and the rest have been sent to a detention center in Olenivka, also in the Donetsk region.

Denis Pushilin, the head of the separatist movement in Donetsk, reportedly said on Wednesday that the Ukrainian “commanders of the highest level” have so far refused to surrender.

Ukrainian officials have not confirmed or commented on Wednesday’s surrenders or Pushilin’s claim.

Images released Wednesday purportedly showed Ukrainian troops being searched by Russian soldiers before boarding buses bound for the detention facility. In some cases, surrendering soldiers appeared to be loaded into ambulances.

The Russian Ministry of Defense also released images of wounded Ukrainian soldiers reportedly at the hospital in Donetsk.

Ukraine has been attempting to negotiate a prisoner swap with Russia for the release of the most severely wounded soldiers.