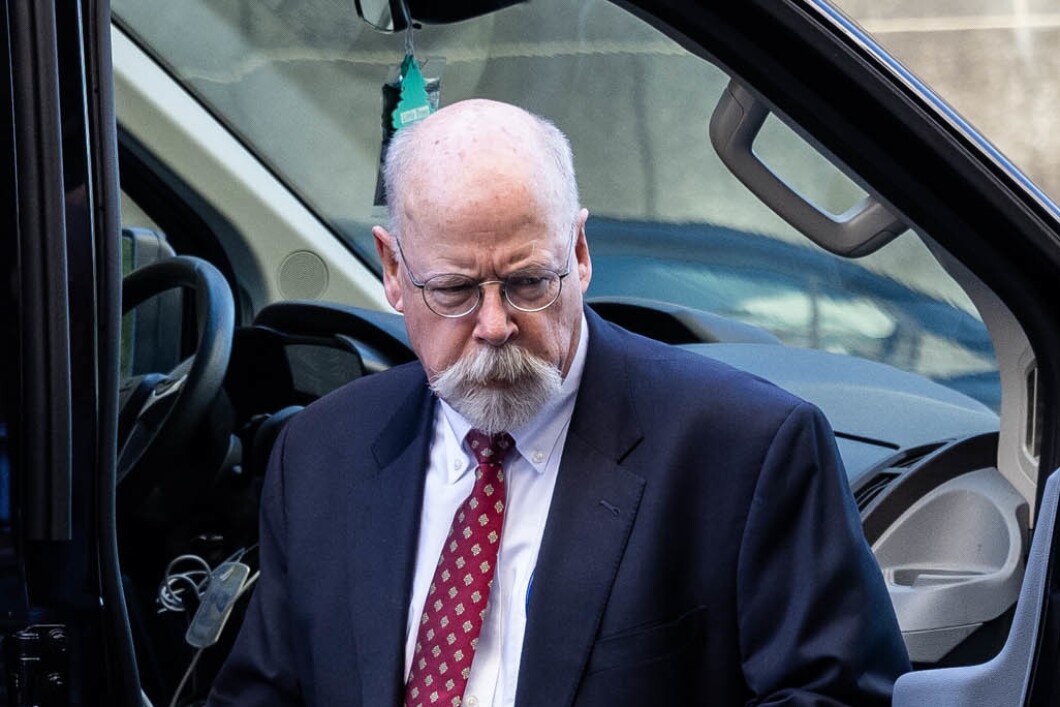 A text message sent by former FBI agent Peter Strzok to then-FBI lawyer Lisa Page in August 2016 mentioning an “insurance policy” is integral to what Republican investigators have long suspected to be part of a so-called plot to undermine then-candidate Donald Trump — a view rejected by ex-top FBI brass involved in the matter.

One week into the trial of Michael Sussmann, a former lawyer for Hillary Clinton’s 2016 presidential campaign accused of lying to the FBI, Patel said the “damning testimony” heard by the court so far will inevitably have former FBI Deputy Director Andrew McCabe, as well as “lovebirds” Strzok and Page, “concocting an insurance plan.”

“And I think John Durham knows what that insurance plan is. I know we figured it out during Russiagate, and we have tried to educate the American public on it, but it remains classified, partly,” Patel told Fox Business anchor Maria Bartiromo on her Fox News program Sunday Morning Futures.

Text messages between Strzok and Page, in which they displayed a negative opinion of former President Trump, were uncovered over the course of the Justice Department inspector general’s investigation into the DOJ and FBI’s conduct during the investigation into Clinton’s unauthorized private email server, which she used while secretary of state.

The text Strzok sent to Page on Aug. 15, 2016, weeks before Clinton lost to Trump in the presidential contest, read, “I want to believe the path you threw out in Andy’s office — that there’s no way he gets elected — but I’m afraid we can’t take the risk. It’s like an insurance policy in the unlikely event you die before you’re 40.”

Both Strzok and Page were later grilled about their messages during testimony to congressional investigators.

Strzok recalled the mid-August 2016 text mentioning an “insurance plan” as being part of a larger conversation about protecting an “extremely sensitive source” as he and Page considered how far to lean into the counterintelligence investigation into possible links between the Trump campaign and Russia, as it was widely viewed that Trump did not have a very good chance of beating Clinton in the election. Page acknowledged the texts were referring to the Russia investigation but said it was a “continuing check-in” to decide how quickly to proceed with the investigation based on the outcome of the election.

Durham began his review of the origins and conduct of the Russia investigation as a U.S. attorney following an appointment by former Attorney General William Barr in 2019. Although Durham left his role as U.S. attorney, the Biden administration let the inquiry continue after Barr appointed him special counsel. The endeavor has long been criticized by Democrats and some legal observers, who claim the inquiry is meant to undercut special counsel Robert Mueller’s investigation into ties between the Trump 2016 campaign and Russia. Trump and his allies have championed it as a means to rid agencies such as the FBI of corrupt officials and uncover the role Clinton played in ginning up Trump-Russia collusion concerns, including in the media sphere.

Durham has two active prosecutions. One of them is a case against Sussmann, who was indicted for allegedly lying to the FBI about whom he was representing when, in September 2016, he presented internet data that suggested a now-discredited link between Trump and a Russian bank. Sussmann denies lying to the FBI and has pleaded not guilty. His trial continues next week.

The other ongoing prosecution centers on a case against a key source for British ex-spy Christopher Steele’s anti-Trump dossier. In addition, Durham has obtained a single guilty plea, which came from former FBI lawyer Kevin Clinesmith, who admitted to altering an email about a onetime Trump campaign aide, Carter Page, under government surveillance. Justice Department Inspector General Michael Horowitz determined the FBI’s counterintelligence investigation was filled with serious missteps and errors and concealed potentially exculpatory information from the Foreign Intelligence Surveillance Court. The Justice Department told the FISA court it believed at least the final two of four FISA warrants were “not valid.”

McCabe testified to Congress in 2020 that he was “shocked and disappointed” by the “errors and mistakes” found in the FISA applications and expressed regret about signing off on one of the renewals. However, he also denied that the FBI’s Trump-Russia inquiry was meant to be a “coup,” stressing, “We had many reasons at that point to believe the president himself might pose a danger to national security.”

McCabe, who was fired from the FBI in 2018 hours before his retirement, said in 2019 he was the one who ordered an obstruction of justice inquiry into Trump after the firing of FBI Director James Comey to ensure the Russia investigation would not “vanish in the night without a trace.” Also in 2019, McCabe filed a wrongful termination lawsuit and last year won back his full pension as part of a settlement with the Justice Department. Briefing notes disclosed during Sussmann’s trial show McCabe talked about Trump’s “tweet activity” in March 2017 after Trump accused former President Barack Obama of wiretapping Trump Tower.

Patel, who held high-ranking positions in the Trump administration after departing the House intelligence panel, emphasized on Sunday that the timing of the “insurance policy” text is important to consider. “I remind the audience that’s in August of 2016, when they were digesting the Steele dossier, when they were running with the Alfa-Bank server nonsense, and when they were getting ready to go to the FISA court,” he said. “This trio, who led this, the biggest criminal conspiracy in U.S. history, I believe is in the crosshairs of John Durham.”

Patel also predicted there will be more charges in Durham’s long-running investigation. “I firmly believe he’s got a few more indictments coming this summer,” he said.