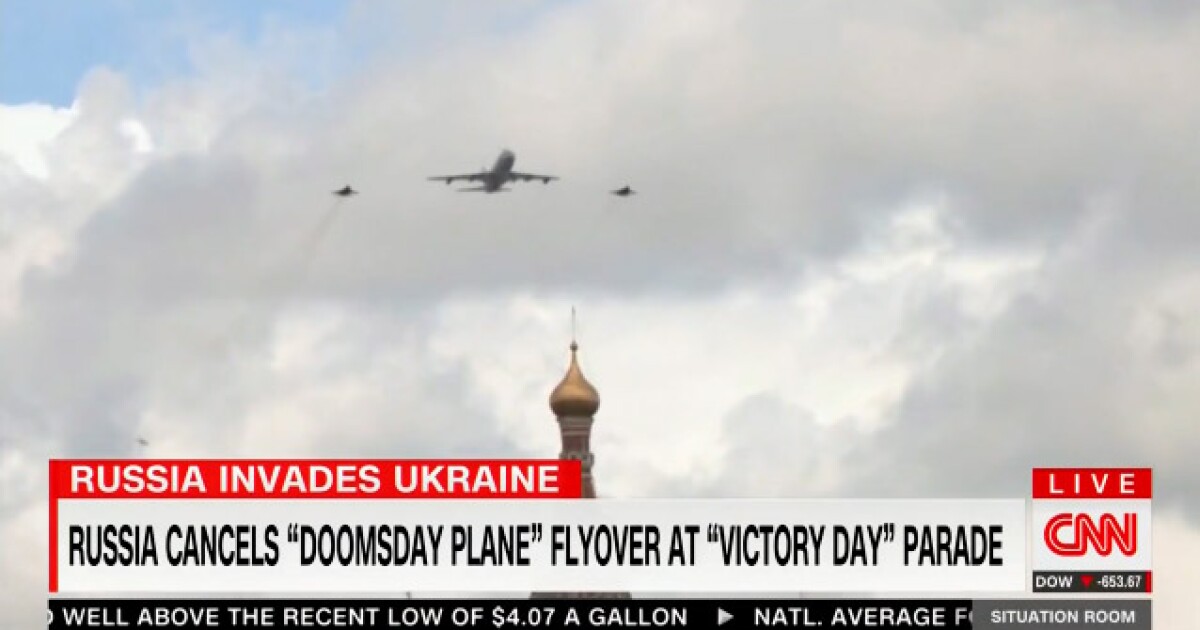 Russia's mysterious "doomsday plane" was conspicuously absent from the Victory Day parade in Moscow on Monday.

Russia’s mysterious “doomsday plane” was conspicuously absent from the Victory Day parade in Moscow on Monday.

The aerial display for the event, meant to celebrate the defeat of Nazi Germany at the end of World War II, was nixed due to the weather, Russian media reported, citing Kremlin spokesman Dmitry Peskov. Had the doomsday plane, the Ilyushin Il-80, been present, plans for which were reported by Reuters, it would have been the first time in more than a decade that the plane had been seen at the parade — and likely would have been seen by the West as an escalation of Russia’s monthslong war in Ukraine.

CNN correspondent Brian Todd reported Monday, after showing video of a recent rehearsal, that the modified Ilyushin is the “key aircraft” for Russia’s command-and-control abilities in a worst-case scenario and can be refueled midflight.

The plane lacks external windows except in the cockpit “because they want to make sure that, in case there’s a nuclear blast, that there is absolutely no possibility of the windows shattering,” said retired Col. Cedric Leighton, a former U.S. Air Force intelligence officer. There is also a domed area on the top used for “secure communications under almost all conditions,” he added.

The United States has its own version of a doomsday plane, a Boeing E-4 dubbed “Nightwatch,” one of which is always fueled and at the ready in the event of an emergency, Todd noted.

Linda Thomas-Greenfield, U.S. ambassador to the United Nations, was asked by CNN’s Jake Tapper on Sunday whether the Biden administration would consider Russia flying such a plane during the parade an escalation of the war in Ukraine.