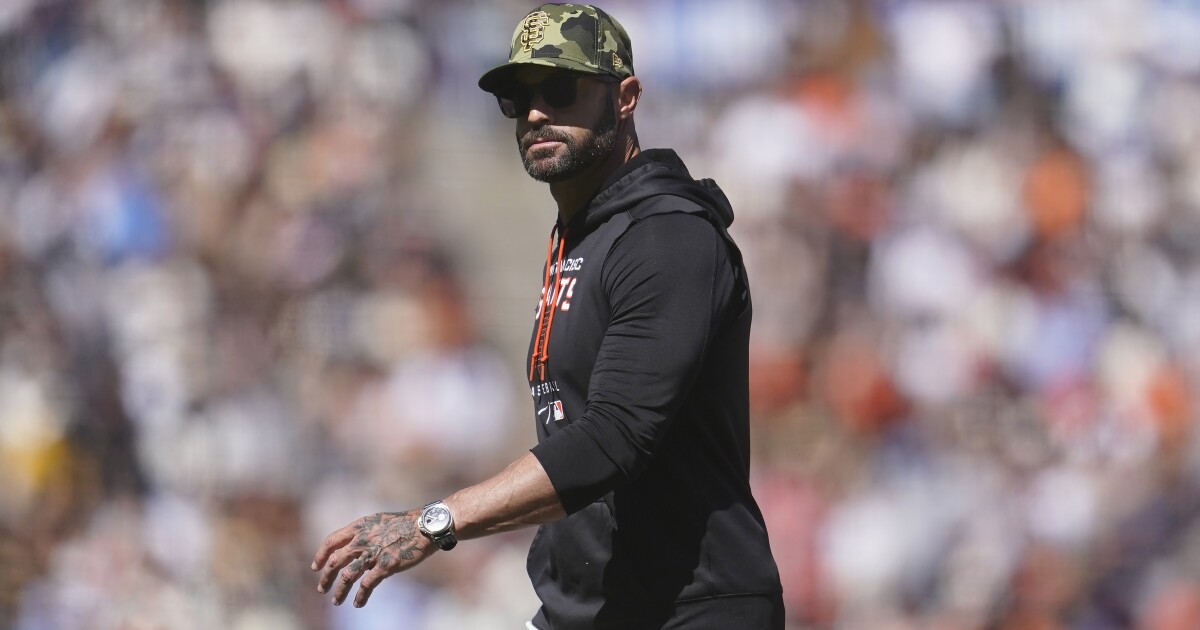 The manager of the San Francisco Giants is refusing to participate in the national anthem at baseball games in the wake of the Uvalde, Texas, elementary school shooting that resulted in the death of 21 people, most of whom were children.

The manager of the San Francisco Giants is refusing to participate in the national anthem at baseball games in the wake of the Uvalde, Texas, elementary school shooting that resulted in the death of 21 people, most of whom were children.

Gabe Kapler said he had considered kneeling or sitting during the anthem at the Giants’ game against the Cincinnati Reds on Tuesday, the day of the shooting, but did not — a decision he said he now regrets.

“I don’t plan on coming out for the anthem going forward until I feel better about the direction of our country,” Kapler said before the game Friday, according to MLB.com. “That will be the step. I don’t expect it to move the needle necessarily. It’s just something that I feel strongly enough about to take that step.”

“I don’t plan on coming out for the anthem going forward until I feel better about the direction of our country” – Gabe Kapler pic.twitter.com/J1MdlVL3XI

Kapler said he felt cowardly for not protesting at Tuesday’s game but did not want to take away from the families who were suffering as a result of the shooting.

“My brain said drop to a knee; my body didn’t listen,” Kapler said in a blog post. “I wanted to walk back inside; instead, I froze. I felt like a coward. I didn’t want to call attention to myself. I didn’t want to take away from the victims or their families … I knew that thousands of people were using this game to escape the horrors of the world for just a little bit. I knew that thousands more wouldn’t understand the gesture and would take it as an offense to the military, to veterans, to themselves.”

Kapler said he was raised to stand during the anthem and the Pledge of Allegiance when he was proud of his country but to sit in protest when he was not. Kapler added that he was not OK with the direction the country was headed after the latest shooting.

“I am not okay with the state of this country,” Kapler said. “I wish I hadn’t let my discomfort compromise my integrity. I wish that I could have demonstrated what I learned from my dad, that when you’re dissatisfied with your country, you let it be known through protest. The home of the brave should encourage this.”

Former San Francisco 49ers quarterback Colin Kaepernick inspired a nationwide movement when he began kneeling during the national anthem in 2016 as a silent protest against racism and police brutality. Countless others in the sports world followed suit, including Kapler, for a time.

Kapler said people grieve together every time there is a mass shooting but fail at holding elected officials to the promise of protecting the country through legislation.

“We stand in honor of a country where we elect representatives to serve us, to thoughtfully consider and enact legislation that protects the interests of all the people in this country and to move this country forward towards the vision of the ‘shining city on the hill,'” Kapler said. “But instead, we thoughtlessly link our moment of silence and grief with the equally thoughtless display of celebration for a country that refuses to take up the concept of controlling the sale of weapons used nearly exclusively for the mass slaughter of human beings.”