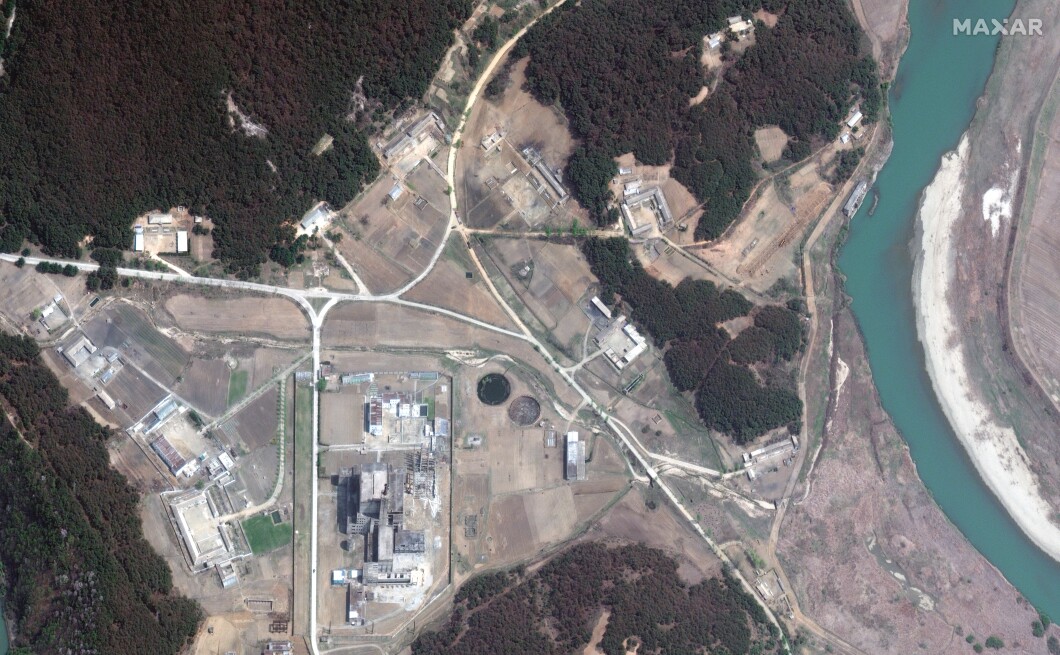 North Korea appears to be gearing up to rejuvenate its nuclear capability, with new satellite images showing the hermit nation reviving construction at a previously sidelined nuclear reactor.

North Korea appears to be gearing up to rejuvenate its nuclear capability, with new satellite images showing the hermit nation reviving construction at a previously sidelined nuclear reactor.

The images indicate construction has restarted on a second reactor at the Yongbyon nuclear complex that could be used to develop material for a weapon and comes as South Korea has raised alarms that its hostile neighbor is preparing for another nuclear test.

In 1994, North Korea reached an agreement with the United States and paused construction at the site. But the satellite images in April and May from Maxar Technologies show evidence of construction equipment and a buried pipe near the facility. There has also been evidence of personnel and vehicle movement around the reactor, CNN reported.

The images were provided to the Washington Examiner by Maxar.

The reactor that appears to be under construction is roughly 10 times bigger than the existing one, according to CNN, which cited a source who said U.S. officials are monitoring the activity.

While nuclear reactors are generally used to produce energy, they can also be used to create plutonium needed for nuclear weapons. North Korea has conducted several nuclear tests since it first demonstrated nuclear weapons capability in 2006. North Korean state media said a test in 2017 involved a hydrogen bomb, its most powerful nuclear detonation yet, that could be carried on an intercontinental ballistic missile.

Officials in South Korea have raised concerns that their neighbor is gearing up for another nuclear test soon, according to Yonhap. Images of the nuclear reactor development come as President Joe Biden is set to visit South Korea and Japan from May 20-24, per the White House.

The South Korean Presidents Office is reporting that they have seen indications that North Korea is now ready to conduct a Nuclear Test and they are expecting one in the coming days with the last one being almost 5 years ago in September of 2017. pic.twitter.com/ugJmnkLAyc

In recent weeks, North Korea has been testing ballistic missiles, raising national security concerns for the U.S. and its allies in the region. On Thursday, for example, it conducted three ballistic missile tests — its 16th round of tests this year.

South Korean President Yoon Suk-yeol, who was sworn into office earlier this week, has publicly mused about offering his neighbor economic assistance if it relinquishes its nuclear weapons. On Friday, Yoon announced South Korea would offer to send vaccines to its hostile neighbor amid news that North Korea has reported its first COVID-19 deaths.