There are no easy answers for school shootings. If there were, we'd have done it by now. But that doesn't mean there are none at all.

School Shootings: If It Was Simple, We’d Have Done It – American Thinker<!—->

There are no easy answers for school shootings. If there were, we’d have done it by now. But that doesn’t mean there are none at all. There are, but they’re neither simple nor easy and they’re exceedingly difficult to hear and acknowledge, especially for the stubbornly unintellectual.

There are several broad categories of American societal norms that have changed dramatically in recent times that exacerbate the aberrant tendencies in emotionally conflicted young people. These have occurred mainly since the 1960s, for the last few generations, Baby Boomers to Gen Xers to Millennials.

This has come about primarily from lower religious participation than was normal several decades ago. This is merely an observation, not a promotion of any specific religion. However, what the presence of religion in everyday American life did was to cement the notion of an absolute right and wrong, especially in the minds of children.  The parents in a household conveyed the tenets of correct behavior to their children (even as the kids squirmed and fussed when sitting in church or synagogue), and in the back of their young minds, every nine-year-old grew up knowing what was and wasn’t acceptable conduct.

Religion also served to illustrate the existence of a chain of unquestioned authority and it further demonstrated that there were unpleasant consequences for violating the decorum of socially acceptable practices. Note that in past decades, these concepts of absolute right and wrong and a chain of authority permeated throughout American culture amongst all the inhabitants, not merely among faithful religious attendees. In the 1960s, the awareness of ideas like the Golden Rule, the Ten Commandments, respect for law enforcement, fear of the principal’s office, etc.  were part and parcel of American thought.

These thoughts diminished considerably as the 1960s turned into the 1980s and 1990s. Religious participation went down, with a lower and lower percentage of the American public attending services on a regular basis. This has led to a corresponding reduction in the highly beneficial societal effects that come from the religious teachings of moral correctness and respect for authority. Again, to reiterate the point: Religious attendance didn’t need to be at the 100% level for these concepts to be widely accepted as “normal.” Religious participation just needed to achieve so-called critical mass and having done so, all of American society benefitted accordingly. Today, America has slipped well below critical mass.

American culture has dramatically lowered the expectations and standards of achievement for our youth. Sometime in the 1990s, ideas like “participation trophies” and organized sports games with no winners or losers took hold. Nonaccountability became the norm. “It’s never your fault” has now become the accepted way.

Our adult daughter lives in Europe. In her country, the scores of kids’ games matter, and there are winners and losers, at all ages. Children are accountable, not coddled. The scores count, their grades count, there are no automatic do-overs, and the goal isn’t to protect children from any negative feelings whatsoever. The term “self-esteem” may not even exist there. On the contrary, in her country, children learn to deal with personal disappointment, grow from the experience and move on. 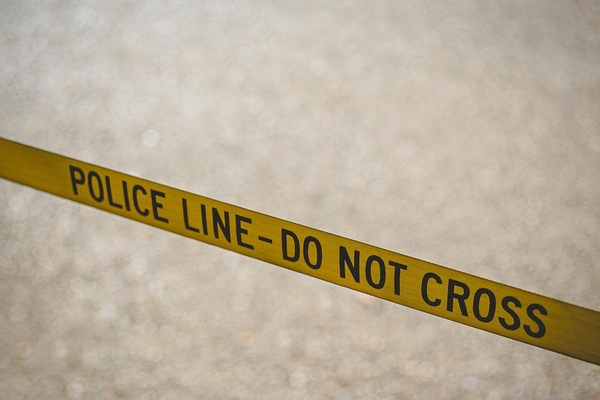 This is fairly obvious, but it’s an important factor nonetheless. Inappropriate, violent video games, social media sites that promote personal anonymity, internet chat rooms that let users create totally fake personalities, all these contribute to an easy way that confused, insecure young people can fabricate a world structured to bring them the maximum amount of personal affirmation and gratification. But when those carefully constructed alternate realities fall short in “likes” or “cares,” the resulting emotional crash is often more than that person can handle.

The idea that they’ve been wronged or that they were entitled to a better circumstance or a better specific outcome is certainly one likely common thread among school shooters. In their minds, they’ve been unfairly targeted or bullied or rejected or disrespected and nothing in their upbringing or socialization has prepared them in the slightest to handle their life’s disappointments.

It’s an additive situation, an accumulation of changing cultural practices, lowered standards, and evolving expectations. Where American society taught teenage boys in 1968 to earn a Boy Scout patch by or to sweat it out in the blistering summer heat of Hell Week trying to make their high school football team, our current inward-looking, social-media-obsessed culture reinforces the belief among today’s youth that they are the center of their existence, and that the indulgence to their own whims is what matters most, not service and compassion for others. This is the self-image they take into adulthood, and its destructive effects are seen in the risibly inflated sense of self-importance and entitlement and astonishing lack of patience and life perspective displayed by Millennials as they enter the workforce or look for their first house.

There are no easy answers. The needless isolation surely added to the negative social conditions, but mass shootings happened numerous times before the pandemic. COVID is a peripheral causal factor, not a fundamental one.

So, if the real reasons behind the violent actions of disaffected young male agitators are a systemic, decades-long devolution in moral teachings, the precipitous decline of high behavioral expectations in regard to selflessness and personal generosity, an increasingly derisive presentation by the popular culture for the legitimacy of authority, and the rise of self-indulgent social media, then what can be done to reverse this trend?

It’s not easy. Eliminate participation trophies? Re-establish the concept of a meritocracy and personal accountability over self-centered entitlement? How can that be done? Who will do it? There has to be a recognition — an honest admission — that the reasons in the preceding paragraph are the driving causal factors behind this kind of behavior. There has to be a unanimous willingness on the part of politicians and prominent public figures to embark on a uniform national conversation advocating the vital importance of personal responsibility and totally disavowing as socially reprehensible the idea of individual inward-focused self-indulgence. The chances of a unified national effort like this taking place are slim, unfortunately, when there are easy, cheap political points just waiting to be scored.

One thing this is not, however: These violent occurrences are not the fault of guns or the “gun lobby.” Restricting the rights of lawful gun owners is exactly like holding Ford responsible for drunken driving deaths and then making it more difficult for perfectly qualified, responsible drivers to obtain a driver’s license just because another person drinks and crashes their car.